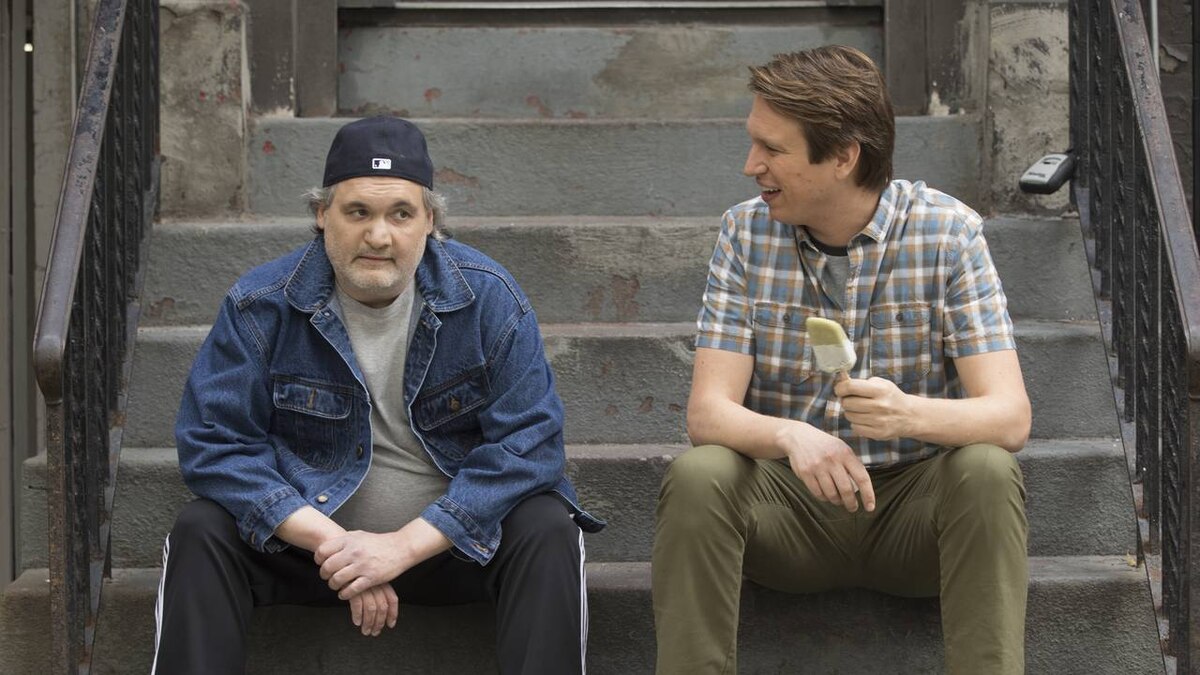 Pete sits down at the comedian table at the Comedy Cellar and is immediately told off by Artie and Robert Kelly because he hasn't earned the right to sit there. Wayne Federman walks up to the table and forces Pete to move.

Pete writes jokes at his own table when Wayne calls him over and invites him to share his plate of chicken wings. They talk about the business and Wayne mentions he's been diagnosed with Hodgkin's and can't afford his medical treatment. Determined to help, Pete asks Artie to headline a benefit. Arte agrees, but only if Pete handles the rest.

Ali meets Pete at Cold Stone and they share an ice cream, talking about Pete's inability to grow a beard. Pete gets a text that he's booked Rififi and Ali admits she might have put in a word. That night, Pete uses the beard bit in his set.

The next day, Pete goes to Artie's apartment and a strange man answers the door. He tells Pete Artie's not there but invites him in to wait. Inside, Pete is greeted by another friend of Artie's from "the neighborhood"; he notices hypodermic needles on the coffee table and assumes Artie is using again. Pete leaves the apartment and checks the clubs for Artie, with no luck.

When Artie finally picks up the phone, Pete goes to see him; Artie is in bad shape but insists he's not using — he's in active recovery. Still, Artie agrees to let Pete help him stay on the right path. They spend the afternoon together and wind up talking about God, inciting Pete to wonder if he missed out on life because of his fear of a higher power. They part ways and agree to catch up that night at the benefit.

Pete kicks off the benefit and catches up with Wayne at the bar. When Artie doesn't show, Pete sprints from club to club to find comics and buy time. Artie never shows up and Pete gets heckled by the irate crowd.

Moping at the bar, Pete looks out the window and spots Artie smoking a cigarette. He confronts him and Artie offers a hollow apology, admitting he was out trying to buy drugs. Artie tells Pete to leave him alone and walks away. After watching Artie do a set, Pete enters a church and prays.