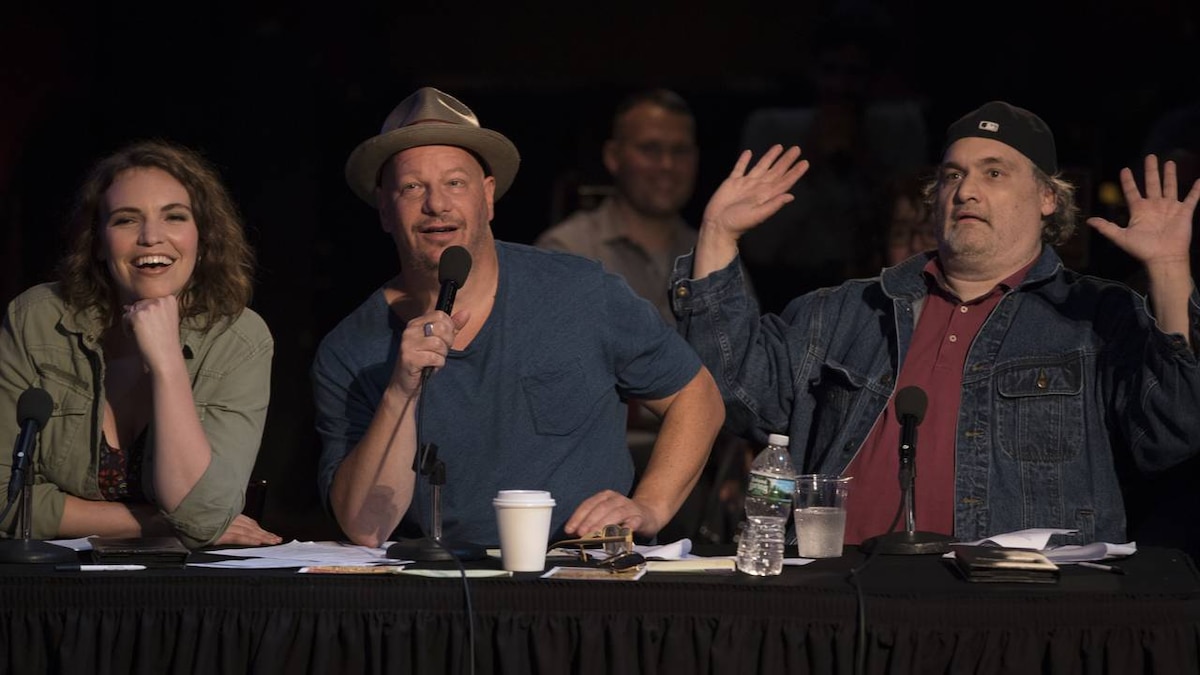 Pete and Artie have breakfast and Pete tells him he's "freaking out" about the roast. Artie, a judge on the show, tells him he can't help, but says Pete should come prepared with some general "ammo": "fat guy stuff; ugly guy stuff; gay stuff; fat, ugly, gay stuff."

The crowd at Gotham Comedy Club gets riled up for the roast battle, hosted by Jeff Ross, Beth Stelling Artie. The audience eggs on Sarah Tiana and Mike Lawrence as Pete and Ali prepare at the bar. Ali goes up against Damien Lemon and wins the round.

At the bar, Pete introduces himself to Tony Hinchcliffe — the comic he's roasting. Tony ignores Pete at first and tells him he should stop talking because he's just giving Tony more ammo to use against him. Jess and Leif show up and wish Pete good luck; Tony introduces himself and gains insight into Pete's complicated relationship with his ex. Pete and Tony roast each other, and after some initial discomfort, Pete ekes out the win and moves on to roast Ali.

Pete nervously thinks of ways to target Ali, and both she and Anaya try to give him advice. Anaya tells Pete he needs to "sh*t all over" Ali if he really loves her and her like an equal. Pete and Ali go up and the jokes get personal, fast. Pete starts to panic but gets back on track and ends up winning.

Outside the club, Ali congratulates Pete and tells him she had a great time with him on stage. Pete, on the other hand, is extremely hurt that Ali used so many things he told her in confidence. He tells her he didn't write most of the mean jokes ahead of time; he was just retaliating because she started being mean first. Pete breaks up with Ali and goes inside to roast Mike Lawrence in the finals. He ends up back on Artie's couch, tossing and turning.

After leaving Artie's, Pete starts his campus tour and does his first cafeteria show.