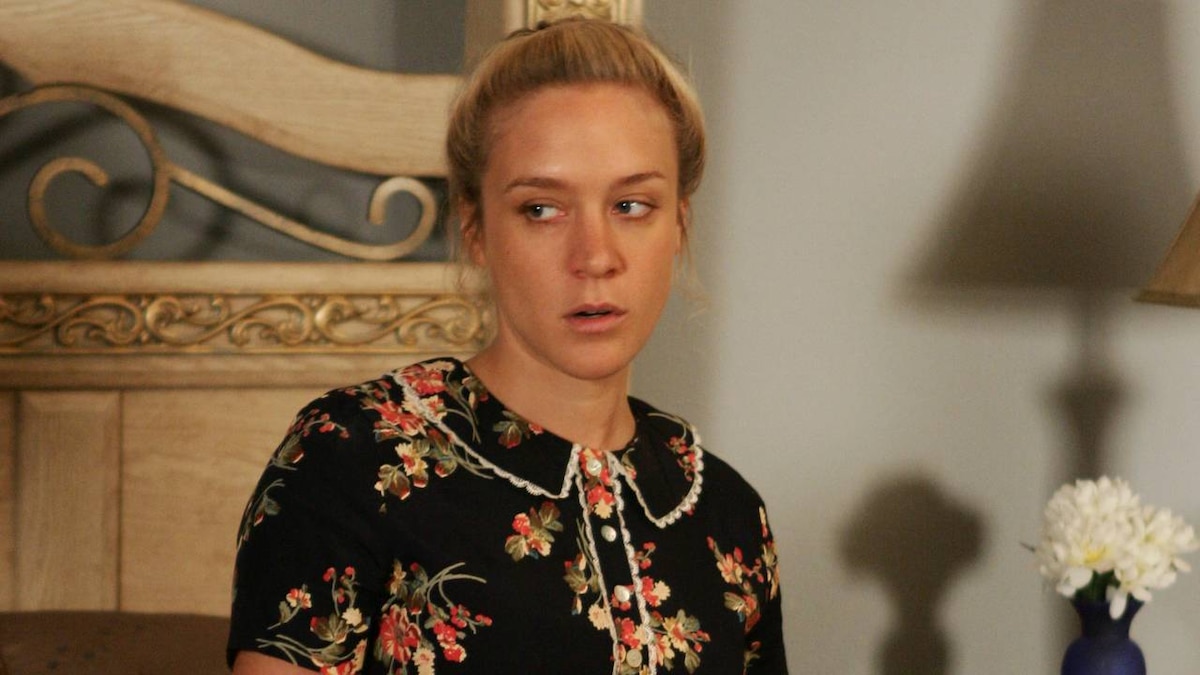 Bill is mulling an expensive new ad campaign for Henrickson's Home Plus, one that will re-brand it as "Utah's family superstore," and include testimonials from employees and subliminal signals that they're entirely "homegrown." Don isn't so sure — he thinks the ad agency's budget is over the top, and they'll have to take a huge hit to absorb it. He also thinks they need to disentangle from Roman first. "How can we be the face of Utah when we're still stuck in bed with Juniper Creek?" Bill's not worried — he's convinced Roman will be begging to settle before the week is out. He greenlights the campaign.

Having failed at his previous assignment, Alby is told that the Henricksons are no longer his concern. Roman tells his son to pack a small bag and sends him on a two day trip in the Buick, assuring him he's doing "God's work."

On his mysterious journey, Alby stops at a convenient store, where he meets a handsome stranger and brings him back to his motel. As the man makes advances on him, Alby dodges them, preparing a sandwich in a Norman Bates-like trance, sharpening a large knife. When the man asks if they are going to have sex, Alby fakes a freak out, sending the stranger fleeing for the door.

When two young male Mormon missionaries pay a visit to Nicki's house, she cites scripture then asks them to leave. From this they deduce she's a polygamist, and return to reprimand her. "The polygamist lifestyle is wrong m'am...we would like to show the way back to the one true church." Nicki fills with rage. "I'm not what you think I am, but I don't need any changing anyway." After repeating her point more forcefully, they finally leave, but not before taking down her house number. "Don't think I don't how what you're doing!" she says, following them down her driveway. "You're writing my house off for all eternity!" The two men correct her. "You're in sin...We're marking you down as uncooperative, not repentant. But we'll continue to pray for you." Nicki is sure to get in the last words. "Go on and pray for yourselves!" she yells after them. "You're the ones that need to be prayed for!!"

Ben and Jason join a car full of guys from seminary who are headed to the mall. They get a bad vibe when the driver unzips his pants to show off his erection, his "pillar of truth," then decides to steer the car with it. Exchanging glances from the back seat, Ben and Jason worry that the whole exercise is gay.

Joey calls Bill with some worrisome news. He signed a piece of paper a few months back thinking it was a permit for a fish farm. But Roman just explained the paper designated him the agent for Deseret Properties. He said to tell Bill that the Attorney General's first stop could be him. "Am I gonna go to jail over this?" Joey asks his brother. Bill sinks, and tries not to let on, but Joey knows that he's messed things up. Bill assures him he'll be okay. Roman sent along one more message via Joey: His answer to Bill's proposal is coming.

Just before family dinner night, Barb gets a call. Ben was in a car accident. No one was seriously hurt — just a few scrapes and bruises — but Ben is pretty shaken up. As if this wasn't stressful enough, Sarah brings home a surprise visitor — her co-worker Heather, the daughter of the state trooper. Over dessert, Heather turns to Nicki and asks her what its like to have Roman Grant for a father. The table goes silent. As she's leaving, Heather politely thanks Barb and Bill for dinner, then pulls out a doozy: "I have some strong opinions about polygamy, and I would love to sit down and talk to you about it one day," she tells them. Sarah apologizes as soon as she leaves — she didn't know she was gonna say that last part. "Just ask first," Bill tells her.

Though he and Barb have been continuing their affair, Bill's been having some trouble keeping up his responsibilities as Nicki's impregnator. Barb gave up her night when Nicki claimed her temperature spiked, but Bill wasn't completely up to the task — stoking Nicki's insecurities.

Barb soon learns what's really eating at her sister-wife. She gets a call from Peg at the store, and after insisting her family doesn't have any secrets, Barb discovers the $60,000 secret Nicki's been keeping from her. When the store confiscated her credit card, they learned she'd surpassed her $6,700 limit. Peg did some digging and discovered someone paid off $3,000 of it recently. After doing some digging of her own, Barb finally confronts Nicki, who eventually comes clean, breaking down as Barb goes into shock. "I don't know...it's compulsive, I can't help it," Nicki says between convulsive sobs. She let her father pay off three grand of it recently, because she didn't want to go to Bill. She's terrified Bill is going to kick her out. At wits end, Barb tries to reassure her that would never happen.

Back at Juniper Creek, bulldozers are tearing down Lois, Frank and Joey's houses, as well as the gas station, with hardly any eviction notice. Lois pulls out a shotgun and shoots at the dozers, to no avail. Adding to the blame is Frank, who calls his son up in arms: "Whatever it is you've been fighting over, I hope it's worth it."

When Bill visits them all at a motel near the compound, he learns the UEB tore down the statue of his grandfather as well, then drained Joey and Wanda's fish farm tanks. When Joey confides he doesn't want Wanda to give birth in the motel, Bill gives him some cash. Wanda sends Joey off on an errand so she can have a word with Bill: if her husband cracks and falls off the wagon, she's holding him responsible.

The gravity of the events weighing on him, Bill confides to his mother about the bad business deal with Roman. But Lois isn't blaming her son anymore, not after they took a jackhammer to her father's gravestone. "It's 30 years of harassment! He's just trying to make like Henricksons never even existed. My Daddy was the one true Prophet. And Roman Grant is gonna burn in H for what he's done to us...When do we get justice?"

Still processing the events at Juniper Creek, Bill gets a call from a security man at Home Plus. He found a man rooting around his office, and he was told to check with him before calling the police. Bill asks to speak to the culprit, and Alby gets on the phone, a twisted smirk on his face. "Certain connections...made known, you know...not good," is all he says, sitting before strewn papers. He hands the phone to the security man, who asks Bill if he wants to press charges. Bill declines. "Let him go."

Bill turns to Barb and confides in her all that's been happening with Roman and the stores. His life spinning out of control, he collapses when he's alone in the bathroom. It takes him a while to find his balance and return to her.