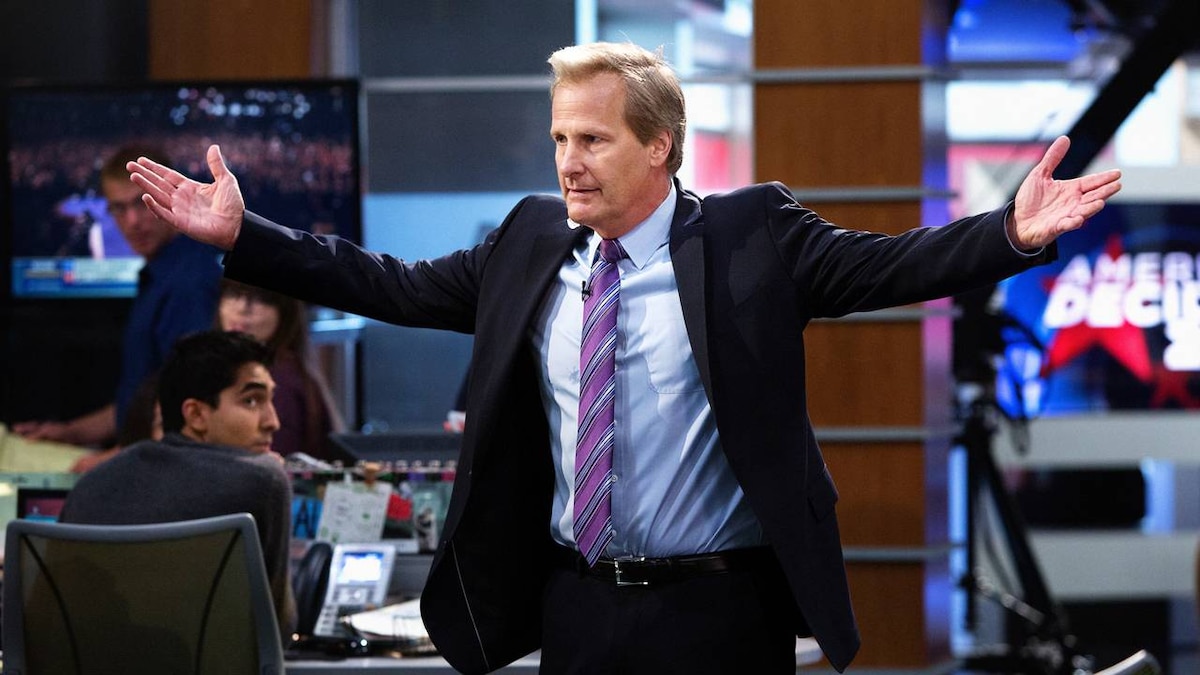 As election night coverage continues, Don confirms his sources will go on the record to report on the Petraeus scandal. Charlie, Mac, Don, Jim and Maggie discuss the merits of running the blockbuster story at the expense of the smaller one, which reveal a candidate's offensive comments about rape. The team ultimately convinces Don that it's more important to give voters applicable info than to bolster ACN's floundering reputation.

Taylor asks Will if she can approach Jim about a position at her start-up media-consulting firm since the senior staff is planning to resign. Shocked, Will calls the team together and forbids their resignations, but everyone involved with Genoa is resolved to leave. The group is insulted, Sloan explains, that Will believes they would do anything but stand by him.

Maggie and Jim moderate the very close race in Michigan. A pollster from the district calls Jim and questions ACN's call of the race. Jim stands by the premature report.

Charlie stops by the election night party to plead with Leona to accept their resignations. Leona reveals she put the decision in Reese's hands. On his way out, Charlie collides with Lisa, who's working as a server at the party.

Neal flags a picture he discovered from the party on Twitter, realizing an attendee is violating the company's confidentiality policy. Jim recognizes Lisa in the photo. Maggie encourages Jim to take advantage of the chance to speak to her.

Jim approaches Lisa and apologizes for what happened with him and Maggie. Lisa reveals she always got the impression she wasn't smart enough for him. Jim denies this and explains the real reason they broke up is that he's not good enough for her. He asks Lisa to set aside her hurt feelings and reach out to Maggie. Lisa admits that she hasn't spoken to her roommate, but found hair on her bathroom floor.

Jim confronts Maggie about cutting her hair. She explains that Daniel, the African boy who died, had never seen blonde hair before. Maggie tells Jim she first noticed him because he clicked on a yellow news alert story, but she wonders if she's cut from the same cloth as the rest of the news team. She is brave, Jim assures, and most importantly, she's alive.

Will and Mac make a statement to Leona by setting up Elliot and Don to stand in for them during the broadcast. Their plan is to familiarize the audience with the team that would replace them after they've resigned. Once they're alone, Mac apologizes to Will for believing he wouldn't fire her out of vanity. She admits that at the beginning of their relationship, she was still hung up on Brian, but after they fell in love, she stopped talking to her ex completely. Will confesses that the engagement ring he told her he bought while they were dating was only a joke. Mac is devastated.

Neal reports that Sloan's book went to an anonymous bidder using a character's name from "The Sweet Smell of Success." All the bids were placed under pseudonyms so the buyer could create the illusion of a bidding war. Sloan later sees a Sweet Smell of Success movie poster in Don's office. She puts the pieces together, marches into the control room, gives Don a signed book and kisses him.

Taylor confronts Will about the large amount of negative stories ACN runs about Republicans and accuses Will of affiliating with the party so he can maintain creditability while attacking the GOP. Will defends being a Republican, but condemns the extremist faction of the party.

Inspired by the staff's decision to broadcast relevant voter information instead of the Petraeus story, Charlie resolves not to resign. Will admits mistakes were made, but he can't let Mac accept the blame entirely, and grabs a Tiffany's box out of his desk. He finds Mac and admits he'll always be in love with her. He proposes and she says yes.

Reese returns from a long walk and issues his decision – he's not accepting the staff's resignations. He couldn't do otherwise, Charlie announces, because the staff isn't offering them. Will announces the good news to the team: No one is quitting and he and Mac are engaged.

As the team celebrates the election and engagement, Maggie clicks on a yellow news story.