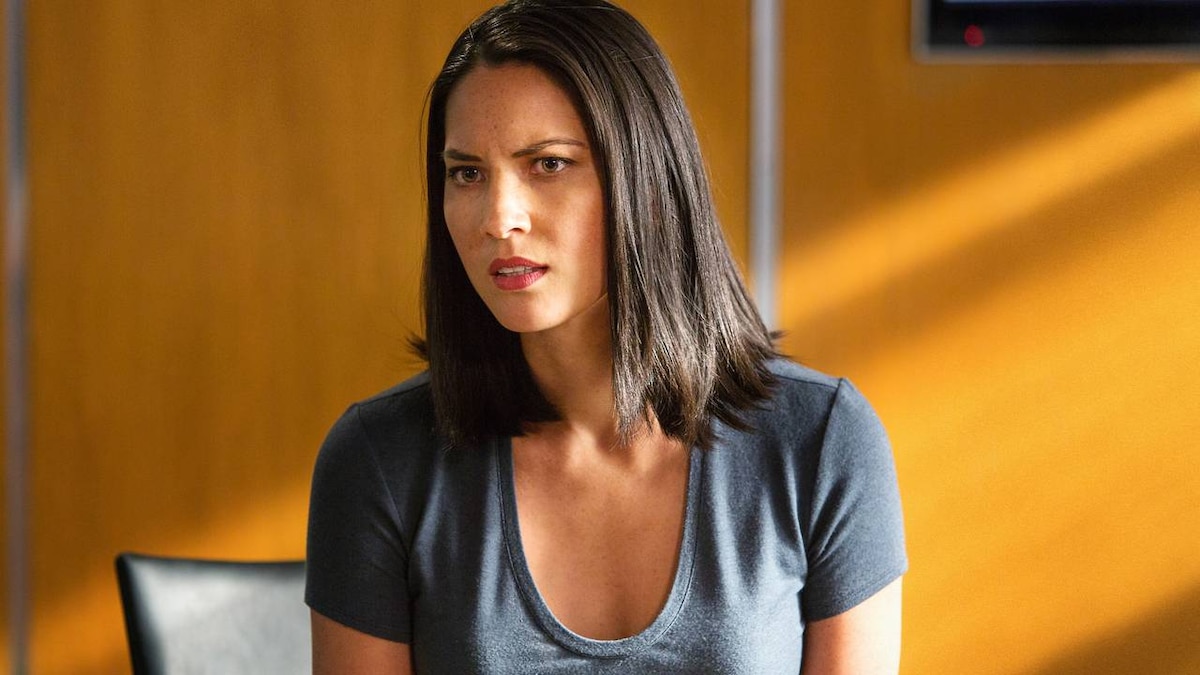 Sloan finds Maggie sleeping on the floor of her office. Maggie explains she's moving back in with Lisa because she split up with Don and fills her in on the Sex and the City tour bus fiasco. Using Foursquare, she locates the blogger who posted the video at a laundromat in Queens. Erica agrees to pull the video, but only after Sloan tweets an endorsement of her Sex and the City blog.

Jerry tells Mac about Cyrus West's tip, that U.S. soldiers used sarin gas on civilians. Mac is skeptical, but Jerry appeals for her trust: "If I were Jim, would you be paying attention?" Jerry locates the name West gave him: Gunnery Sergeant Eric Sweeney. Over the phone, Sweeney confirms that the black op called Genoa happened and that he was there.

Will tells Sloan and Elliot they'll be co-anchoring the 9/11-anniversary coverage. He lies, saying it was his idea to step down in light of his comments about the Tea Party. "I'm not who I used to be right now," he concedes.

Two control room employees find a tape of Will's first day on the anchor desk: September 11, 2001. The network's legal correspondent at the time, Will went on-air when the rest of his colleagues were unavailable. The footage reveals one of Will's first interactions with Charlie, who offers his support to the exhausted anchor. Will pledges to his audience that he'll stay with them all night. Ten years later, Will watches Sloan and Elliot broadcast the script he wrote.

Don approaches Will about the story of a convict on death row named Troy Davis, whose execution date is fast-approaching. Don believes Davis is innocent because multiple key witnesses have recanted their testimony against him, and because of the personal relationship he's formed with Davis in the course of nine years closely covering his story. Don hopes to report a fresh angle on the old case by tapping into Will's experience as a former prosecutor. Will grants that he sees reasonable doubt in the case, but refuses to cover the story. Davis has received due process, Will maintains, and it's not their place to advocate.

Cameron, the Romney campaign representative, blocks Jim from the press bus until a reporter named Hallie steps in. Despite the gesture, Jim quickly learns that Hallie isn't keen on making friends on the trail; she sees him only as a competitor.

Maggie pitches "Africa" to Mac, who tells her to be more specific. Maggie calls Jim for advice, but when he's cold to her, she questions what he's doing in New Hampshire: "You're lost." Hallie overhears the conversation.

After watching a tacky video Occupy Wall Street released, the News Night staff writes off the movement as a non-story. Neal goes to a rally to break the news to Shelly. Police enter the meeting and start arresting protestors without provocation. Neal takes footage on his phone and sends it to the office before and he's arrested too. Will bails Neal out, working as a prosecutor to void the arrest.

Charlie informs Don and Elliot that in order to engage their audience, their show will implement a scrolling Twitter bar. The conversation is interrupted when Don gets a call informing him there's been outside lobbying against clemency for Troy Davis. Don becomes increasingly agitated when Charlie blocks him from reporting unconfirmed developments.

Maggie arrives at her apartment to learn that Erica reposted the video and Lisa has seen it. Lisa believes Maggie purposely "parked" Jim with her to save him for herself. Their friendship is over, Lisa announces; from now on they only have a landlord/tenant relationship.

Maggie pitches Africa to Mac under the angle of national security, as the war on terror is shifting there. Mac questions her preparedness, but Maggie argues she's ready to be a go-to team member. Just as Mac approves her trip to Kampala, Gary tells Maggie a deadly protest occurred there. They agree to withhold the report from Mac. Maggie contacts Jim to share the news, but he ignores her call.

The team learns that an American Al Qaeda leader named Anwar Al-Aklaki was killed in a U.S. drone strike. Charlie and Mac agree that Will should publicly demand the memorandum authorizing his death be released. Still reeling from his deteriorating public standing, Will is wary of making too bold a statement. Later that evening, Mac's so frustrated that Will won't make a stand that she throws her drink at him. Will shows her what he's been writing—it's the script to make the demand.

While Elliot is on the air, Don receives word that Troy Davis has been executed. The team breaks into the show, removes the scrolling Twitter feed and broadcasts the report. Over his drink, Will watches Elliot read Davis' last words, which contain a message of forgiveness.