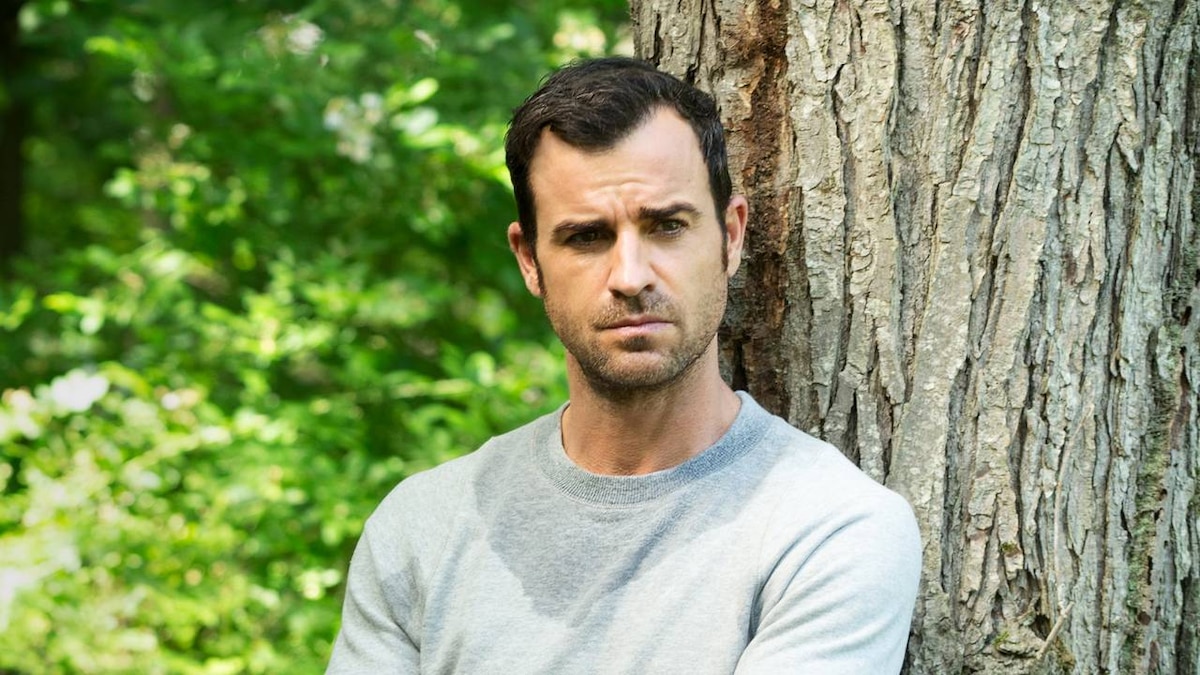 The Garveys at Their Best

Kevin Garvey jogs through the streets of Mapleton, pausing at a mailbox to retrieve a box of cigarettes hidden underneath. He is surprised to see a stag through the trees with a bright light around its antlers. In a driveway, Kevin gargles mouthwash to cover his cigarette, and then enters the home and greets his wife, Laurie.

Nora Durst's children bounce on her bed to wake her. Over breakfast, Nora reminds her husband about that morning's job interview. Her family cheers her on.

Laurie, having solidified details for a party that night, says goodbye to Kevin and Jill, who is contentedly singing, earbuds in. Laurie has a tense phone call in her office: "We're reaching the point of no return," says the doctor on the other end. Call over, Laurie welcomes her next patient -- Patti Levin. Laurie reassures Patti that the world is not ending; she suggests Patti eliminate her anxieties by putting them in a bag and leaving them on "Neil's" doorstep. Unamused, Patti suggests that Laurie feels it too: "Something is wrong inside you."

Sneaking another cigarette by the elementary school, Kevin jumps into action when kids and teachers run screaming out of the building. A teacher in a decimated classroom tells him a deer was responsible.

"The next four weeks? As far as you're concerned, I don't have a family." – Nora Durst

Councilwoman Lucy Warburton questions Nora about why she wants to be her campaign manager. Nora explains she's interested in more than just tending to her kids, and assures Lucy that her family won't get in the way of her commitment to the campaign. Chief Kevin Garvey, Sr. pops in and gets details about his surprise party that evening from Lucy. The chief then goes to address his department; of concern is the recent influx of deer. Kevin, Sr. and his son, still a lieutenant, trade words about how to handle the problem.

Kevin gets a call from Tommy, in need of help. Finding him handcuffed in a squad car, Kevin arranges for his release. He tries to comfort the boy, but Tommy flinches, pushing Kevin into action again. As Tommy waits in the car, Kevin goes to a house and demands to see Michael, the man who lives there. Michael tries to defend himself, "He doesn't understand this isn't something I'm interested in," and admits he pushed Tommy. Kevin beats him up as Michael's son watches from inside the house. In the car headed home, Kevin tells Tommy that as far as they're concerned, Kevin is Tommy's father.

Laurie visits a breeder about a puppy. Gladys, the breeder, assures Laurie her husband will fall in love once he sees it, but Laurie can't commit.

"You showed me what I'm supposed to be." – Kevin Garvey, Jr.

The Garvey men arrive home with a cake for the party; Jill and Laurie are overjoyed to see Tommy. Kevin, Sr. feigns surprise when he arrives at the house for his Man of the Year celebration, and the party begins. Rev. Jamison and Kevin both deliver toasts in his honor. Catching his son having a cigarette a little later, Kevin, Sr. delivers a speech of his own, telling his son he has enough -- "so cut the shit, OK?"

Preparing for bed, Laurie tells Kevin she wants to hold off on getting a dog. Kevin disagrees and says they should get one.

Nora tucks Erin, still talking about the deer, into bed and assures her they're safe. Apologizing for his late return, Doug is oblivious to her update about that morning's interview.

"It's trapped. Better go save it." – Laurie Garvey

In the morning, Laurie learns from Tom something happened with Michael. Out for his morning run and smoke, Kevin is startled when a car pulls up and its inhabitants ask him, "Are you ready?" They apologize for mistaking him for someone else. A manhole explosion just inches away further unnerves him, and he forgets to gargle before returning home. Laurie, catching the smell of cigarettes, tells Kevin she doesn't care if he smokes, only that he's honest. The two argue about Kevin not telling her about Tom and Michael, and his not wanting a dog. A phone call about a deer ends the fight.

The stag is at the Patterson house -- the home Nora visited to interview the parents of a departed man with Down's syndrome. As Mrs. Patterson and her son Charlie pick up displaced pennies, Kevin goes upstairs. The stag escapes from behind a bedroom door, rushes down the stairs and out of the house, where it's hit by a car. Kevin puts the injured stag down. Tangled in its antlers is a balloon proclaiming, "It's a girl!" Kevin shares a cigarette with the shaken driver and offers to take her back to her hotel. When she invites him in, he accepts and falls in to bed with her.

Laurie goes to see the doctor and runs into Mary Jamison in the waiting room. Mary tells her there was a question with one of the reverend's scans -- it happens every few years. After Matt Jamison steps into the waiting room and breaks into a smile, the two head off to celebrate. Mary offers to drive.

At the high school science fair, Tom teases Jill as she tries to repair her damaged project. Tom volunteers to help make a circuit and the Garvey siblings join hands with Jill's classmates.

Nora struggles to prepare a meal for her squabbling kids while Doug fiddles with his phone. Anxious to hear from Lucy, Nora loses her temper when Erin spills juice all over Nora's ringing phone.

Laurie visits her doctor for an ultrasound and admits she still hasn't told her husband about the pregnancy. Placing the wand on Laurie's midsection, the doctor lets Laurie hear the baby's heartbeat. A scream outside of the exam room draws their attention from the monitor.

Jill and Tom realize that there are people missing from their human current. Nora looks up from drying her phone -- her family is no longer at the kitchen table. Kevin shakes the sheets in search of the woman who was just with him. Laurie turns her head back and stares searchingly at the monitor. 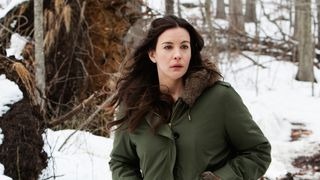 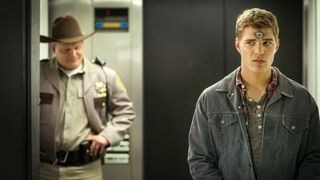 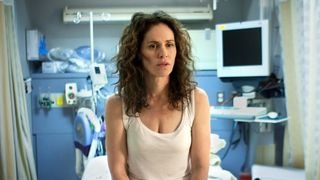 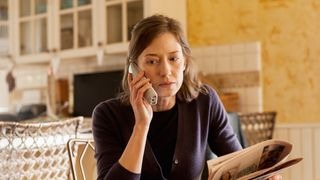 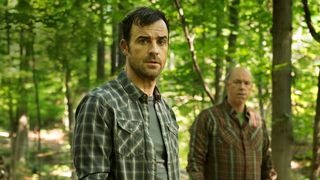