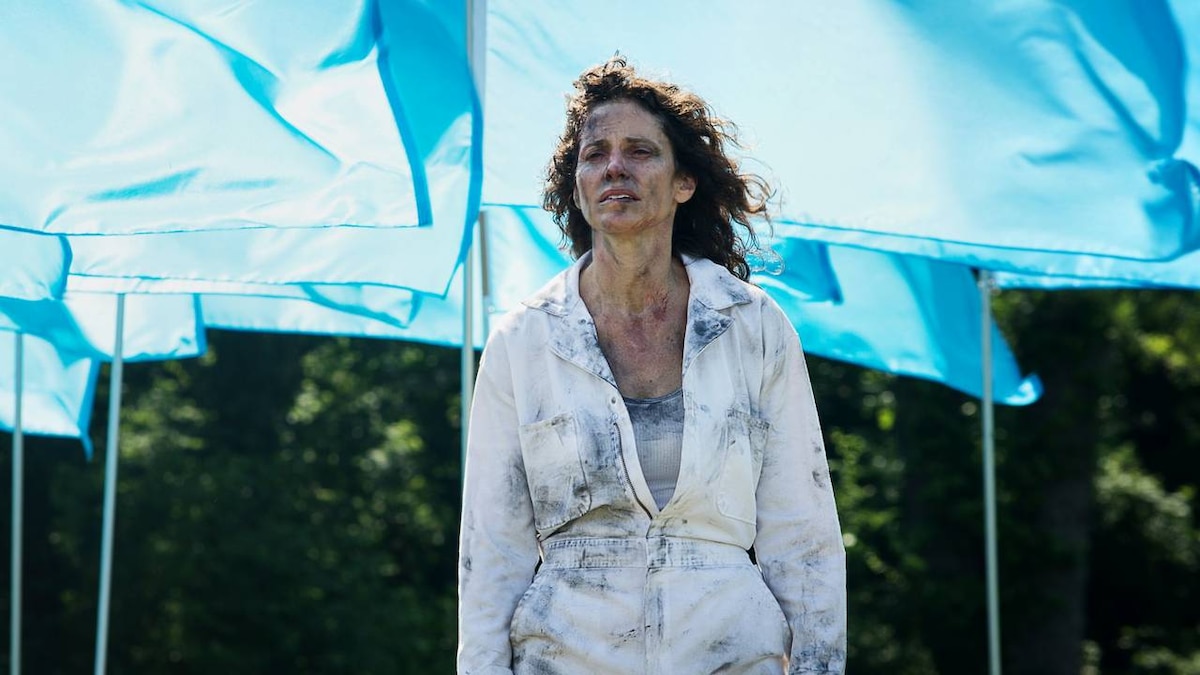 In the cabin in Cairo, Kevin Garvey sits next to Patti's body. He reaches for a cigarette and places a call.

Jill Garvey lights up in the Guilty Remnant house and urges her mother to speak. Laurie, unable to get Jill to leave, also struggles to manage Meg, who insists on knowing if the mission is still on. After watching her daughter change into an all-white G.R. uniform, Laurie nods and sets the plan in motion.

Tom and Christine pull over to feed the baby. Tom tries to comfort Christine, who is bitter that Wayne's promises didn't hold true. When she leaves to change the baby, Tom encounters a man who offers his help. Tom refuses, and learns the man goes around offering help – and people say yes. Hearing a baby's cry, Tom goes to the women's restroom and discovers Christine has abandoned the newborn.

On Memorial Day, the citizens of Mapleton wake up to find Loved Ones planted around town, embodying their departed family members. Nora Durst breaks down when she enters her kitchen and sees Doug, Jeremy and Erin at the table, just as they were when they disappeared.

Matt Jamison arrives at the cabin. Kevin tries to discourage him from compromising a crime scene when the reverend reaches for Patti, but Matt says he's aware of the risks he's taking. The two bury Patti and Matt has Kevin recite a Biblical passage over her grave: "I am not silenced by the thick darkness that covers my face." Kevin accepts a change of clothes and they head for home.

Kevin wakes up suddenly when he is pulled out of the car by orderlies. The reverend is apologetic, but doesn't stop the men from forcing Kevin into the institution. Kevin continues to protest until a copy of the May 1972 National Geographic is slipped under his door with a note to shut up. Now silent, Kevin is allowed into the TV room where he finds his dad. Kevin, Sr. tells his son he belongs in the institution as much as the rest of them, but then begins one of his one-sided arguments. Hearing a voice, Kevin turns around and sees what his father sees: Patti Levin. Patti and Kevin, Sr. argue whether the chief needs to stay or go, and Kevin's dad gives up. Patti sits astride Kevin and tells him they'll be traveling companions before shaking him awake. Now conscious, Kevin realizes he's still in the reverend's car. The two stop at a diner for a cheeseburger.

Matt quizzes Kevin about Patti's final message and Kevin says he now understands why he didn't depart. Pushed by the reverend, Kevin admits he wanted to leave his family on the 14th; he was unfaithful with a woman who disappeared from under him. Although initially happy his family was intact, Kevin has since lost each of them. Kevin, overcome by the realization, goes to the men's room, where he finds a man bleeding out from a gruesome abdominal wound.

"Let me do this for you before I go." – Holy Wayne

Wayne refuses to let Kevin go get help. Worried that he's a fraud, he instead asks Kevin to make a wish. Wayne grants it with a smile and then dies. At that moment, ATFEC agents swarm the restroom and detain Kevin with questions about Wayne and any physical contact. The reverend steps in by pointing out that Kevin, a police chief, did nothing wrong. An agent lets him go and the two men continue on to Mapleton.

Matt and Kevin return to a war zone. Kevin spots the woman he met in a bar on Heroes Day, firing at members of the G.R. "Did you see what they did?" she asks, ignoring his command to stop. Down the street, Matt sees a battered Meg Abbott. She explains on her notepad, "We made them remember."

Kevin heads for the burning G.R. cul-de-sac, the epicenter of the chaos. Mayor Lucy Warburton turns to him in a daze: "You were right." Deputy Dennis, working alone, tells Kevin everyone else has abandoned their post. "Nobody wants to help them," he says. "It's their own fault." Residents toss the unwanted Loved Ones on to a pyre. Kevin spots a man dragging Laurie out of one of the houses and beats him to release her. As Kevin tries to lead his wife to safety, Laurie gasps and wails, "Jill," pointing at the house. The chief runs in and searches the white-clad bodies for his daughter. Finding her at last, he carries her outside.

"I took a shortcut. But it led me right back home." – Nora Durst

Nora moves the three figures onto her bed and lays a sheet over them. She writes a farewell letter to Kevin, thanking him for the time they spent together. She tries to explain that she's since realized there's no going back, no fixing herself. Nora packs up her things and drives to the Garvey house to leave Kevin the note.

Along the riverfront, Laurie stares out at the water. She is surprised when Tom pulls into the parking lot. With Jill's hand in his, Kevin and his daughter walk home. The feral dog Jill let loose joins them on the way. They arrive to find Nora on the front porch. "Look what I found," she says, cradling Christine and Wayne's baby girl.