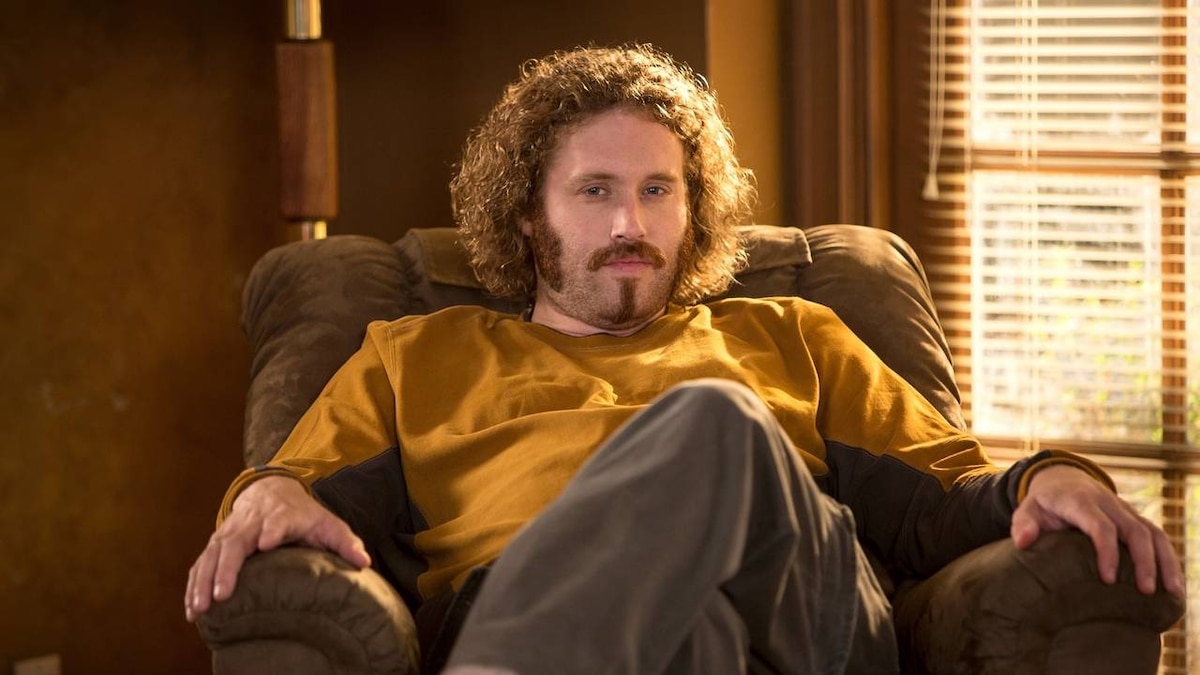 "How can Gavin Belson claim that he owns Pied Piper?" Richard asks lawyer Ron LaFlamme. "I mean, this whole lawsuit is insane, right?" Ron calls the suit "classic intimidation" that's designed to freeze Pied Piper until after Hooli's Nucleus comes to market. He encourages Richard to keep denying he used Hooli resources to build Pied Piper, even if that isn't the truth. Ron assures him: "We will win this." To Richard's bafflement, Ron also says Pied Piper needs a team of litigators. "I'm part of the team," Ron explains, "that team is on."

The lawsuit immediately impacts Pied Piper's funding status at Raviga. "We at Raviga are out of the business of funding Pied Piper," Laurie tells Monica, "at least while the Hooli lawsuit remains unresolved." Laurie explains simply -- "it's a rudimentary decision" -- and commands Monica to tell the guys.

Monica delivers the news. Dinesh tries to work out what has happened: "So the company that offered us the most until Richard talked them into offering us the least," he says, "is now offering us nothing?" Erlich seems to be unfazed, announcing that it's "on to the next one" before heading out with the intention of accepting offers from other firms. Monica advises Richard to try to close quickly while momentum is still on his side.

Playing down the lawsuit's impact, Erlich and Richard visit the same venture capitalist firms they were previously rude to, but they all decline to fund Pied Piper. Each firm personally rakes Erlich over the coals, culminating with one guy putting his testicles on the conference room table, just like Erlich did previously.

Jared says they're going to have to crunch their burn rate again -- $50,000 won't get them very far, and the guys won't get the $10,000 each that Richard promised as a cut from the TechCrunch Disrupt prize. Dinesh complains that he just donated $5,000 to his cousin Wajeed's Kickstarter campaign to launch his BRO2BRO app. Dinesh doesn't want to renege his donation because his cousin looks up to him; he hopes the Kickstarter will fail and the money won't be collected.

Dinesh tries to convince to cancel his Kickstarter campaign, claiming that people are bad-mouthing BRO2BRO, but accidentally convinces him to work harder on it. Wajeed decides to throw a Kickstarter party to raise the final funds, potentially screwing Dinesh. "Everybody," Wajeed yells, "this guy is the coolest cousin."

Jared tells the guys that he's been talking to a guy -- via BRO2BRO -- from Branscomb Ventures, a firm that possibly wants to invest in Pied Piper. Branscomb has a compression play, too, but not a good one. "Get some sleep, my bros," Jared says. "I'll set the meeting. Then I'll find some hoes to prioritize behind you."

At the Branscomb presentation, Richard goes into great detail, explaining Pied Piper's middle-out technology. Jared and Erlic huddle outside the conference room, agreeing that they're being "brain raped," a strategy where one company steals tech from another. Or, as Jared weirdly explains, "It's like when somebody says they want to go birding with you but really they just want to get you alone in the woods so they can take your binoculars." In the meeting, Dinesh and Gilfoyle explain Pied Piper's technology further, but Erlich barges back in, shuts down the meeting and rolls the whiteboard out the door.

At the Kickstarter party, Wajeed explains of BRO2BRO, "You can change the world in just one word." Dinesh takes a tour of the party's guests, making terrible comments about the app in an attempt to kill the Kickstarter funding. At the last minute, just as it seems the app might not be funded, Gilfoyle shows up and donates to the campaign. "I'm like the Warren Buffett of f**king with you," he tells Dinesh. At the last minute, the project gets funded, screwing Dinesh out of $5,000.

Ron calls Richard and says he found a litigator with a great price tag: $2.5 million. Richard gets a mysterious call and makes plans to meet with the person. At a restaurant, he sits down with Hooli's Gavin Belson. Richard urges him to drop the lawsuit, and Gavin makes a final play: "Let me acquire you." Gavin says Hooli is the perfect fit and that Richard is only going to build a big, soulless corporation anyway. Just as Richard is about to respond to the proposal, a mariachi band sidles up to them and drowns out their conversation.