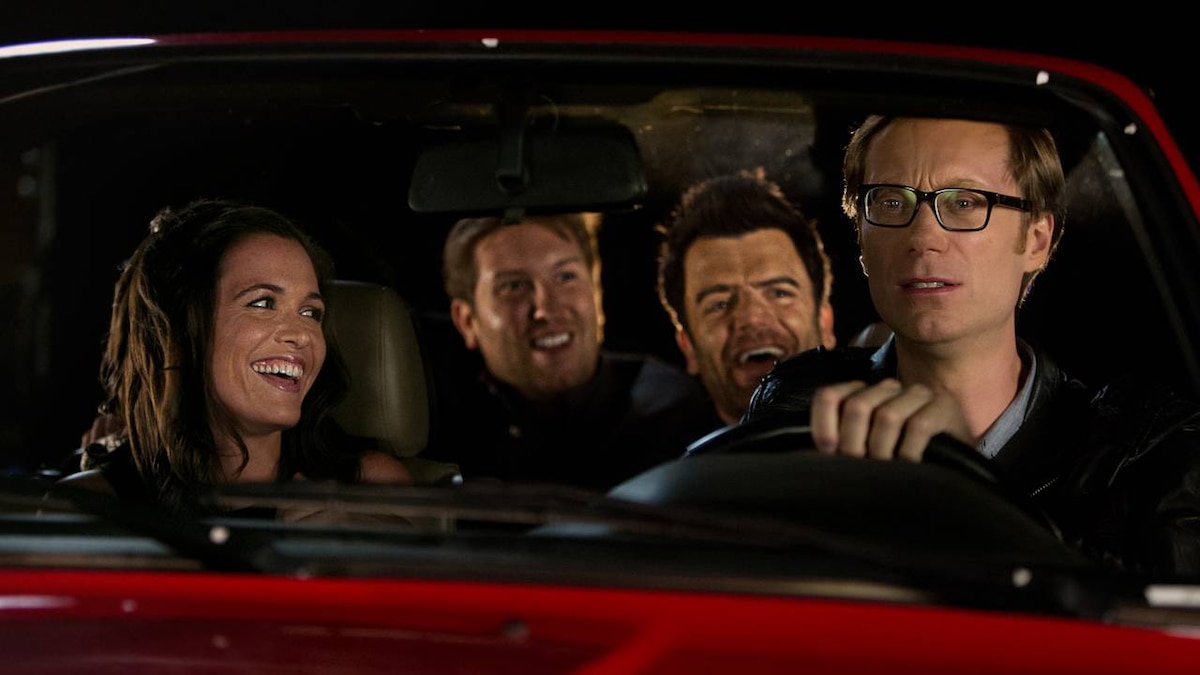 Jessica packs up her pool house as she prepares to move to a bigger apartment. Glenn assists and marvels at the tiny space: "I wouldn't let my dog live here." Stuart stops Glenn on his way out to show off pictures of Kimberly. Jessica chides Stuart for shamelessly flaunting the images, and then breaks out her own collection of pictures with LL Cool J. The gang finalizes plans to go out that evening for Jessica's "last hurrah" and Stuart plans to rendezvous with Kimberly.

Later that evening, Wade shares his new plan to get Marion back; he's going to play it cool. Stuart continues to pass around pictures of Kimberly on his phone. Kives is incredulous, but he admits that Kimberly is a big upgrade from Stuart's last hookup: a woman nicknamed Cyclops Cindy.

Stuart, Jessica, Kives and Wade roll up to Amelia's birthday party. Jessica is frustrated that Glenn is stuck at work, but she doesn't let that dull her enjoyment of rubbing her new success in Amelia's face. Jessica strolls into the birthday party and presents Amelia with the lavish gift of a Louis Vuitton bag: "I want you to keep that and I want you to think of me every time you use it." She leaves feeling triumphant as Stuart rallies the crew to meet Kimberly.

Stuart cuts the line outside of the club to speak to the doorman. He's certain he's on the list, but security barely glances at their clipboards before shutting him down. Stuart negotiates with the doorman, who lets in the whole gang for $40. As soon as they pass the ropes, Kimberly texts that she has already left. Stuart tries unsuccessfully to get a refund.

After waiting for Kimberly to text the address, the group pulls up at a house party. Stuart sprints inside before anyone else can get out of the car. When his frantic search for Kimberly proves unsuccessful, he pulls out his phone to text her. His battery dies immediately, depleted from showcasing pictures all day.

Glenn calls Jessica with bad news; NCIS is recasting her because she did not test well with audiences. She's quietly shell-shocked as Stuart reveals the new plans: they're headed to meet Kimberly at another party in Malibu. "Let's just go to Marion's bowling party instead," Wade suggests. Stuart dishes out some tough love: it's time to move on. Wade gets upset and leaves, and Jessica opts to go with him. As they walk down a deserted night road in search of a cab, Jessica tells Wade that maybe Stuart, despite his poor wording, gave good advice: "Sometimes you have to accept that some things just aren't going to happen no matter how much you want it." When he gets home, Wade crops Marion out of the background of his phone.

At long last, Stuart meets up with Kimberly. Stuart also spots Glenn at the party, who asks that Stuart not mention to Jessica that they saw each other. He doesn't want to deal with Jessica's fragile emotional state, he explains. The recasting decision is news to Stuart, and he can't shake it even as he heads down to the beach alone with Kimberly. She decides to night swim and runs into the water in the buff. Stuart begins to strip, but stops when he finds the container of mints Jessica gave him earlier. He looks out at Kimberly and announces that he has to leave.

Stuart returns home and tells Jessica that Kimberly wasn't at the party. He invites Jessica over to watch a movie of her choice.