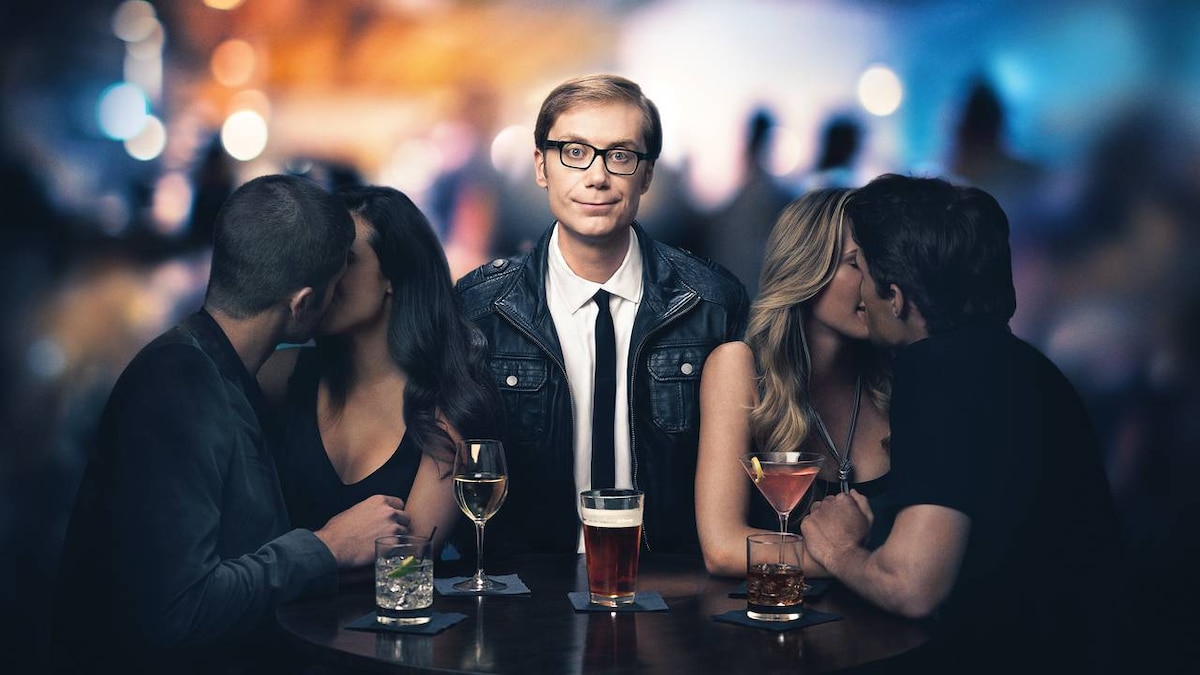 Stuart and his best friend Wade go out on the prowl, but things go awry quickly when Wade introduces himself as "Wade, as in Roe vs. Wade, a famous case about a woman's right to terminate a fetus." Stuart's own attempt at conversation falls flat when he brings up suicide statistics. Wade heads home and leaves Stuart alone with a tray of full drinks.

Stuart dines on a dinner of microwave chicken wings alone when he encounters Glenn, the man who is sleeping with Stuart's roommate Jessica. Glenn blows off Jessica's invitation for dinner and leaves abruptly. She spends the rest of her evening watching TV with Stuart.

Wade, his daughter and Stuart go hiking together. Wade is devastated because his wife of 11 years recently left him. He's dreading spending his anniversary alone. Stuart promises they'll go bowling to take Wade's mind off his ex.

From his home office, Stuart and his employee Rory overhear Jessica rehearsing a scene from her web series with an actress named Courtney. Convinced he has "a vibe" with Courtney, Stuart interrupts their work to peddle his web design services to the actress. She accepts his offer to make her a website and invites him to a club called Saboteur that's opening on Friday night.

Stuart calls Wade to cancel their plans, citing a fake family illness. When he announces he will hit the club, Jessica questions if he plans to ditch his emotionally fragile friend. Stuart promises Courtney that he puts his friends first on a list of priorities that also includes endangered species, homosexuals and immigrants. Stuart calls back Wade and invites him to Saboteur.

Stuart picks up Wade for their big guys night out. Assuring his friend that it's time to forget about his ex, Stuart slides condoms into both of their shirt pockets. His good mood is dampened when he finds that Wade has invited Kives, his wheelchair-bound friend with a dirty sense of humor. The three men hit the town but their clubbing experience gets off to a bad start when Wade grinds the passenger side door against the curb as the line of club attendees look on.

Once inside, Stuart spots Courtney and goes to say hello. In an attempt to impress her, he offers to buy a round of drinks. She accepts... and so do a dozen of her friends. Stuart takes their orders and ends up buying over $800 of alcohol.

While leaning over on his bar stool to talk to Courtney, Stuart falls into a table. He spills the drinks he just bought all over the floor and his shirt, exposing the condom in his pocket. Courtney and her friends are mortified.

The guys drive home. Kives heads to a woman's apartment and Stuart carries him up the stairs after Kives promises that his date will put in a good word with Courtney. When they reach the top, the woman reveals she doesn't know Courtney at all. Next, Stuart puts a drunken Wade to bed in his motel room. He arrives at home to find Glenn pounding on Jessica's pool house door. Stuart finds his roommate hiding from Glenn in their kitchen. She changed her mind about wanting to see him, she explains, because she has dignity. Glenn heads to a party, Jessica opts to go to bed early and Stuart eats dinner alone.