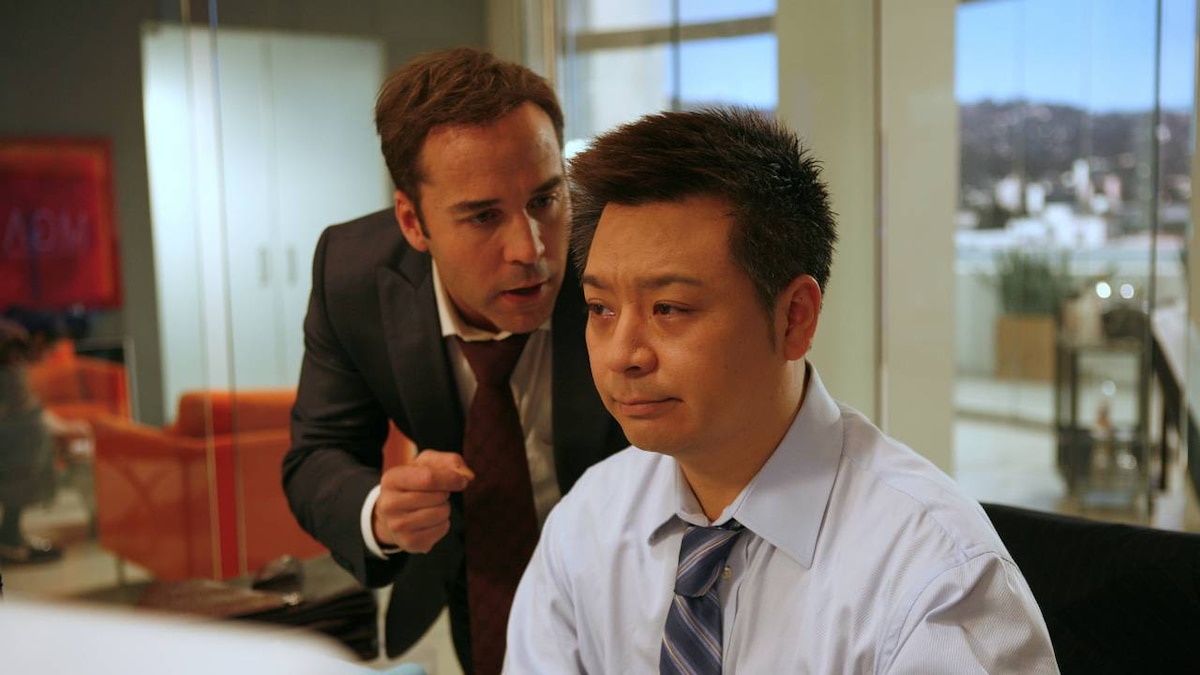 Vince has finally landed some work with 'Lost in the Clouds,' but E threatens to derail the "package deal" when he calls Ari to boot Walsh off the pic. Ari tricks E into meeting the director at his office to make nice – which actually happens when Walsh apologizes for blaming the 'Medellin' trailer's leak on E. As it turns out, his editor's betrayed girlfriend uploaded the video to exact revenge. E and Walsh shake hands, but Ari finds himself mired in another sour relationship when Lloyd's breakup with his boyfriend, Tom, leaves the assistant too heartbroken to work. With bungled schedules and general chaos shrouding the desk outside his office, Ari takes the logical approach: He visits Tom at work to mend the breach. Tom says Lloyd cheated on him, but Ari covers his assistant's tracks by swearing they'd been together on the night in question. Tom buys it, but when Ari calls Lloyd to deliver the good news, he includes a warning: "I love liars, but I hate cheaters."

Drama and Turtle have concocted a scam of their own, buying into a shady investment with Turtle's cousin Ronnie, whose father's obsession with Sandy Koufax has unearthed some lucrative info. Apparently, Koufax hasn't left his house in weeks, meaning the game jersey Turtle, Drama and Ronnie intend to buy at auction will skyrocket in value after his imminent death. Ronnie backs out at the last minute, unwilling to profit the demise of his father's hero, so Drama picks up his end of the $62k tab. As Drama collects the goods, the auctioneer informs him that Koufax couldn't appear to sign the uniform because his schnauzer, which had been sick for weeks, just died. But Koufax, thank God, is "healthy as a clam."

While meeting with Dana Gordon about 'Lost in the Clouds,' E realizes – thanks to Walsh's argumentative tactics – that life is too short to deal with the director throughout another shoot. Later, he tells Vince and Ari he'll take to the sideline this time around, but he also warns Vince off the film. Considering his manager's advice, Vince decides to go ahead with the project. "There we go," Ari says. "I'll have a $2 million advance check cut today. How horrible."