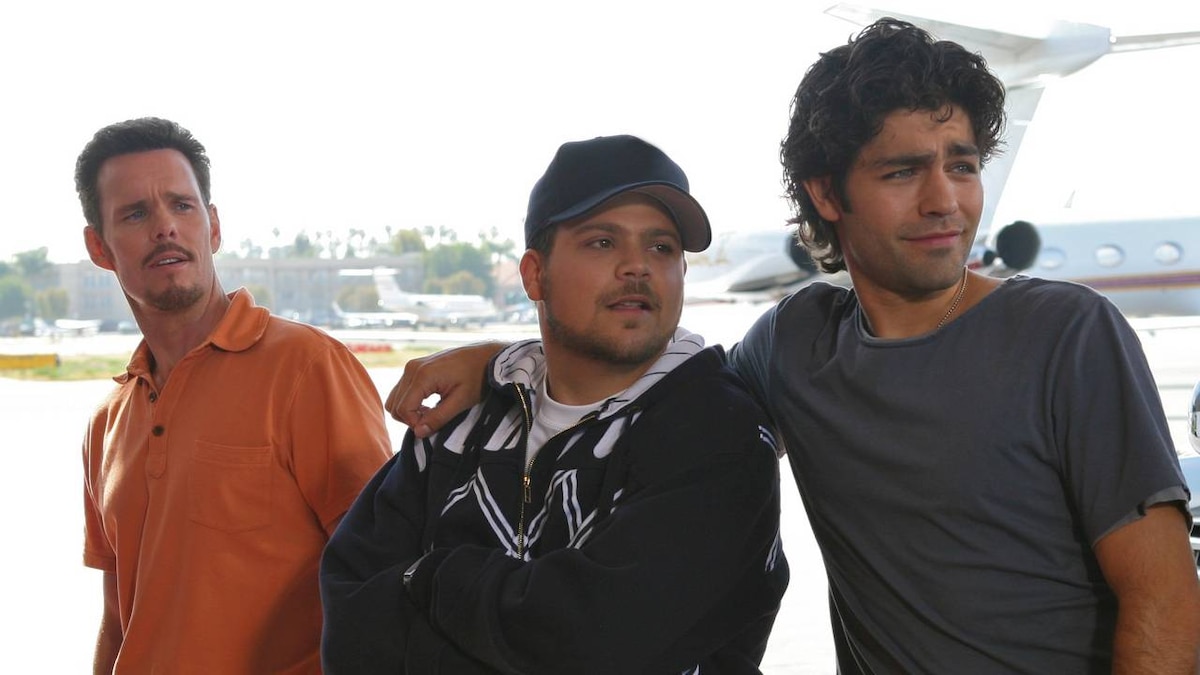 With Anna Faris's boyfriend out of the picture, E can finally get to work with his new client, but after the manager spends more than an hour chatting on the phone with her, the guys question how much pleasure he's mixing with his business. There's not much time to discuss it, though, because the crew's about to catch a flight to Cannes for the film festival, and a red-level terror alert has all but shuttered LAX. While Ari fumes at the airport and tries to pacify his wife (who he booted from the trip at the last minute), Walsh asks E to arrange a lunch with Anna so he can cast her in 'Silo.' Out of her depth with Walsh's bizarre script – not to mention personality – Anna puts E in the tough position of deciding whether she should work on a movie he wishes Vince hadn't picked up in the first place. When the airport closes down and cancels all flights, it doesn't look like the guys will be able to make it to France in time for the 'Medellin' premiere.

Ari, now fending off a Cannes-envious Lloyd in addition to talking his wife down from a punitive spending spree, arrives late to the Hollywood rush for private jets after LAX closes. Desperate to fly his guys to Cannes, Ari calls Sydney Pollack and manages to pack five of the six onto the filmmaker's plane. E, on the other hand, gets shot down when he finally admits to Anna that – in addition to having a crush on her – he thinks she should pass on 'Silo.' In light of his conflicting interests, the actress sends E packing, but when he gets to the Van Nuys airport, it turns out Ari's math skills don't measure up. Even without Lloyd and Mrs. Ari, the guys tip the scales past what Pollack's pilot will allow. Vince decides it's all or nothing and passes on the flight. As the group turns to leave the terminal, Kanye West and his entourage roll up, granting the LAX refugees seats on his 727. From the tarmac, Ari calls his wife, apologizing for leaving her behind and explaining that he just wanted to have a guys-only adventure. Mrs. Ari, surrounded by a room full of designer purchases, forgives him and tells him to enjoy his trip with the boys. Voila!