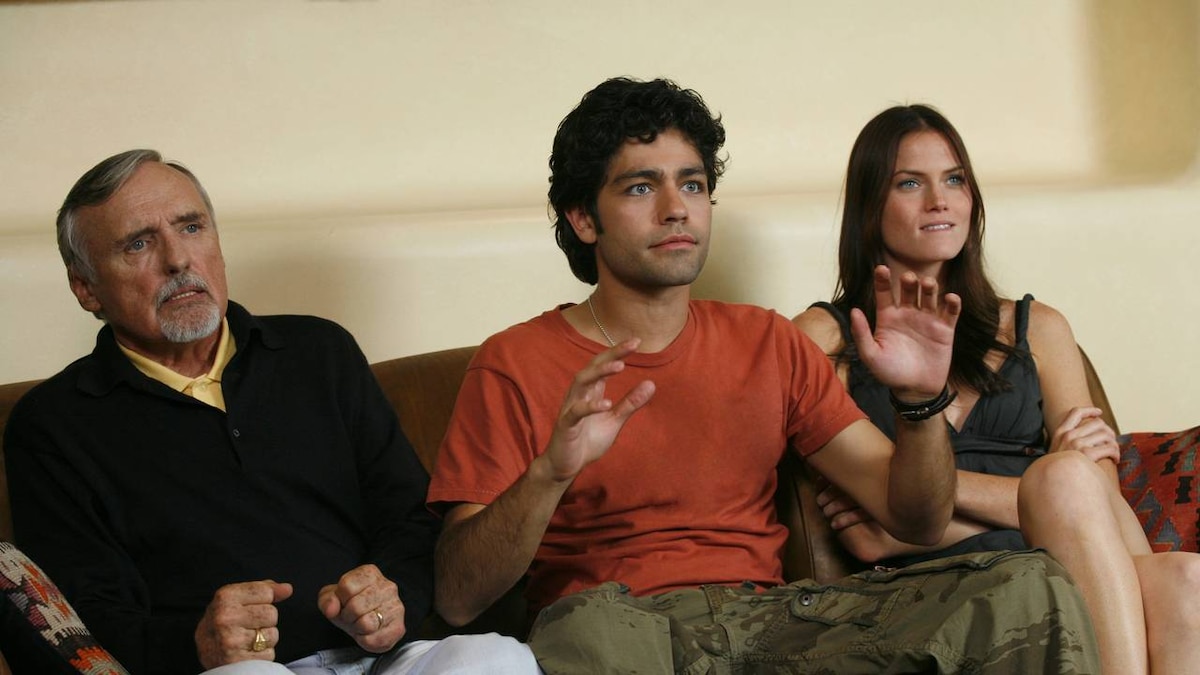 In a major role-reversal, Vince and the guys are crashing at Drama's place. While Turtle tries to identify the senior Chase's whacked-out health food - "What's a psyllium husk, anyway?" - the man of the house returns, offering bagels and good news. Donna Devaney, an L.A. party girl from Drama's surprisingly lengthy past, has finally agreed to hook up with him. Plus, she has a hot friend for Turtle. Vince and E aren't sitting so pretty with the Medellin cut, so E tries giving Walsh some notes to spruce up the film. Predictably militant about protecting his vision, Walsh won't cooperate, and making things worse, has already sent a print to the Cannes Film Festival. E runs to Ari for a solution and settles on the option to ditch Walsh by selling the movie to Harvey Weingard.

Vince rolls with his brother and Turtle, promising not to steal their thunder, and they couldn't be more thrilled when he hops out at a stop light to join a random hottie in a convertible. She takes him to the home of her "family friend" to go swimming, which turns out to be Dennis Hopper's beach house. Hopper and his buddies tempt Vince into placing a $100,000 bet - that he can't cover - on a soccer game. The future holds less uncertainty for Drama and Turtle; their cougars are ready to pounce. Too bad for Turtle, Donna's "hot" friend Marjorie is twice his age, not to mention twice his size. But, in a typical turn of Drama's luck, Donna decides at the last minute to opt for Turtle, leaving Drama manhandled by Marjorie in the hot tub. Vince's soccer win comes through, infusing him with some much-needed cash, but he and E still differ on the direction they want to take 'Medellin.' When E says Harvey made an offer of $25 million, Vince throws him for another loop: Cannes accepted the film. "Maybe you should watch it again," Vince tells him.