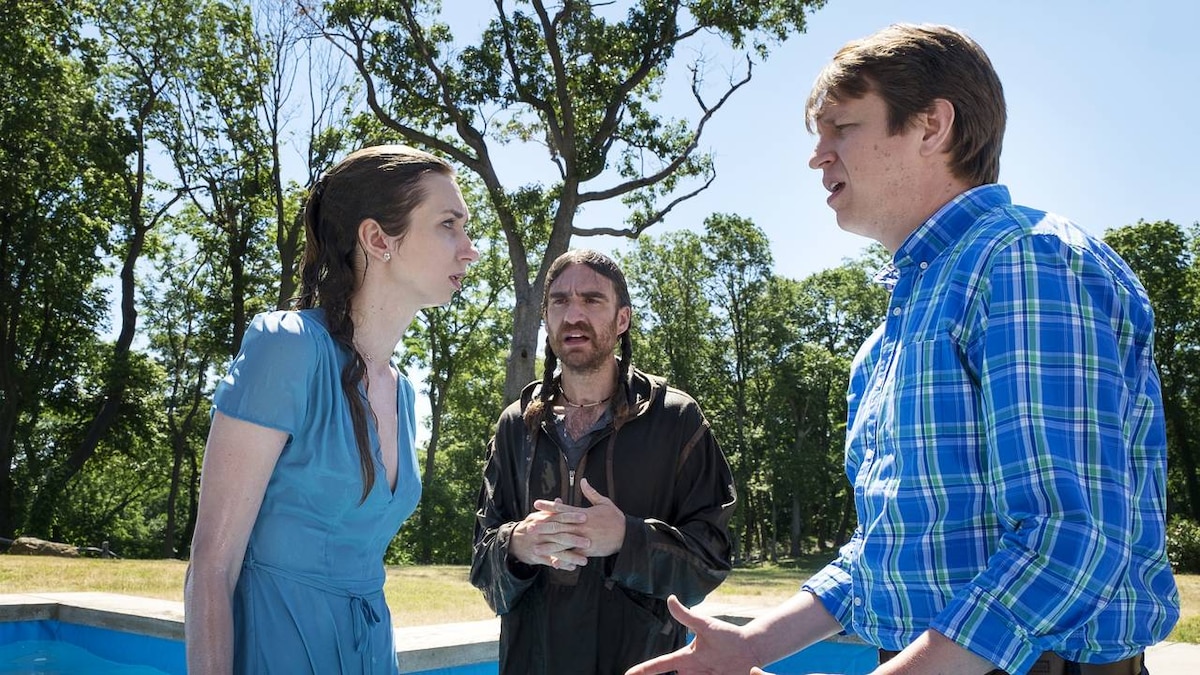 After being fired from Rachael Ray, Pete is back in Artie's apartment, feeling sorry for himself and drinking an alcoholic lemonade. Artie walks out of his room and Pete startles him; Pete let himself in with Artie's spare key. Artie offers to take Pete to breakfast.

Artie's idea of breakfast is at a strip club and a clearly uncomfortable Pete tells his host he's expected at a baptism upstate. Artie pays a stripper to take Pete into a private room.

Giselle, the stripper, starts giving Pete a lap dance and he nervously tries to tell her jokes. When Pete calls Giselle's work degrading and asks her to stop, she angrily responds that Pete's career is no more noble than hers.

Pete decides to go to the baptism and Artie tags along. They chat with Pete's friends Ellen and Steve, and Ellen admits she's being baptized because she's had a tough year and wants to hit "reset." The pastor pulls Pete aside to say he's heard unflattering rumors about how Pete has been living in Manhattan. He blames Pete for "forcing his wife into the arms of another man."

Artie talks to a pretty churchgoer named Stephanie and Pete approaches Jess who is also in attendance. Jess admits she and Leif broke up because he never actually left his wife. The pastor sends the group into the woods for a game of "TAG," that is, "Time Alone with God." Pete follows Jess and she tells him she needs to be alone.

Walking in the woods, Artie asks Stephanie how she buys into the whole religion thing, and she explains it's a way to understand the mystery of the universe. Pete hears a scream and finds Jess arguing with Leif, who is trying to win her back. The group returns to the baptism pool and the adults are dunked in the water, one by one. When Ellen's name is called, Jess steals her thunder and plunges into the water. Leif follows and professes his love for Jess. Pete jumps in to forgive Jess. Instead of choosing between the two men, Jess opts for a third: "I choose Jesus."

With nowhere to go, Leif and Pete lie in bed in a dirty motel room and watch stand-up.