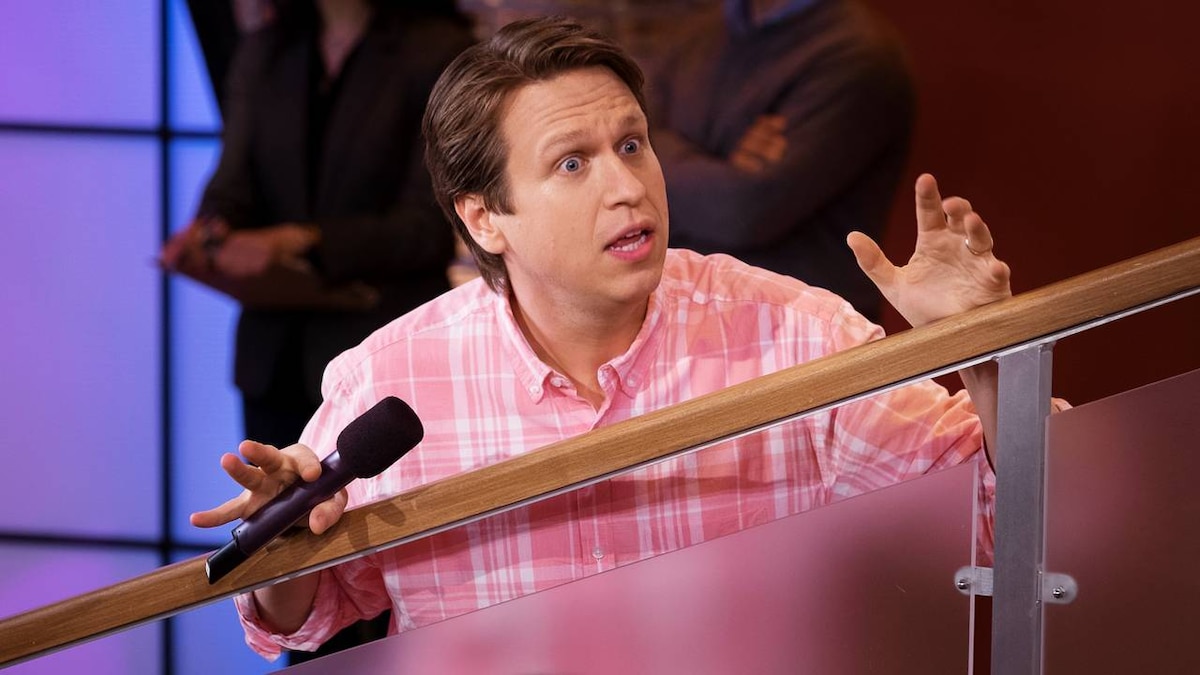 Pete wakes in his hotel room and celebrates with a pile of Danishes for breakfast, reveling in his newfound financial freedom. At 'The Rachael Ray Show,' he asks Schmitty about extending his trial week, and Schmitty tells him it's up to Rachael. Pete warms up the crowd and they love him.

Pete goes to The Boston where he tells Jason he shouldn't have to bark because he "got a TV credit." Jason does not respond well to Pete's attitude.

Angry with Jason, Pete performs at The Grisly Pear and asks the emcee to introduce him as the warm-up guy for Rachael Ray. Everyone laughs. After the show, he meets up with Artie, Rachel Feinstein and Dan Naturman. Artie introduces Pete to Dave Attell and Pete joins him for a smoke. Hearing about the warm-up gig, Dave gives Pete the validation he's seeking. "Show business doesn't get much better than that," he says. "You're telling jokes, you're home by noon. It's a win." They watch Artie go up and Pete invites Artie to 'The Rachael Ray Show.'

Pete takes a call at work from a woman named Julie: Leif's wife. They meet for coffee, and Julie thinks she's breaking the news of the affair to Pete. He freaks out about the interaction to Artie.

Pete has a drink with Julie and she vents to Pete about her marriage. When Julie begs him for proof of infidelity so she won't have to pay alimony, Pete encourages her to drop it.

Pete goes to The Grisly Pear and shudders at Julie's explicit texts; she's propositioning him to get over Leif. Chicken Wing advises him to send a picture back. Leif grabs Pete on his way out of the club, adamant he deserves half of Julie's fortune, "like an NBA wife."

Rachael does a segment with Vanessa Bayer who talks about being cheated on. Pete uses it to launch into some infidelity jokes. He sees Julie in the audience, furious Pete knew about the affair and didn't tell her.

The next break, Pete teases an older woman about the thousands of blow jobs she's likely given over her 52-year marriage; the woman is clearly uncomfortable. Later, Schmitty reveals that woman was Rachael's mother.

Pete gets fired and returns to his old corner to bark.