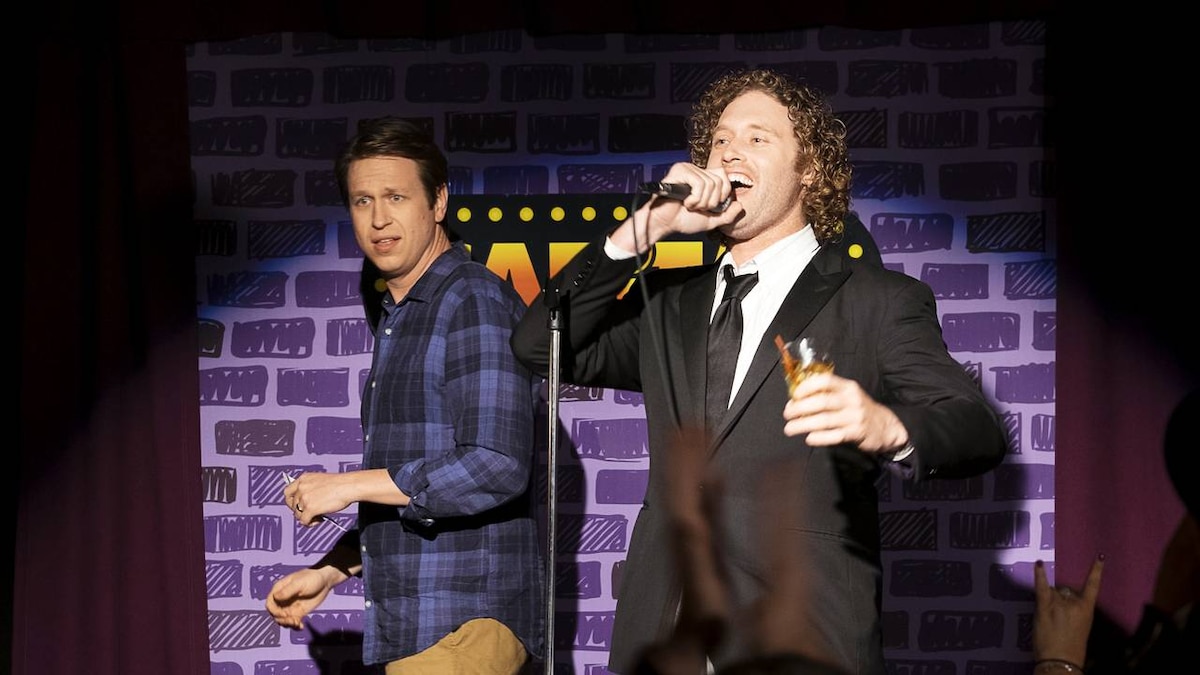 Pete wakes up in Artie's apartment and leaves to get some breakfast. When he gets to the deli counter, he realizes he forgot his wallet. He returns to Artie's and knocks on the door. Artie answers, baseball bat in hand: "This is an apartment building in New York. You don't knock. Nobody knocks."

After hearing Pete's depressing plans for the day, Artie asks Pete for a ride to Albany. They retrieve Pete's impounded car and drive upstate for Artie's show. Artie admits he's never been to Albany sober and asks Pete to help him stay clean.

At the comedy club, Pete keeps his promise and nervously removes a bottle of whiskey from the green room. He returns to find Artie arguing with T.J. Miller over their allotted set times. When Pete mentions he's the opener, T.J. reluctantly lets him go up -- the audience doesn't even realize he's part of the show. He introduces T.J. who goes over his time but kills it. Artie goes up, and T.J. invites Pete to open for him for a weekend or two.

A woman flirts with Artie after the show. Susie hands him a baggie of cocaine (which Pete swiftly takes) and invites Artie home. The venue manager pays the comedians and Artie decides he will do drugs with Susie. Pete, committed to protecting his friend, swings the car around and picks up Susie, telling her he's taking her to Artie. Outside the hotel, Pete finally tells Susie Artie isn't there and she pepper sprays him. Susie reluctantly agrees to let Pete wash out his eyes at her house.

Susie makes Pete a drink and offers him a line of coke which he pretends to snort. He tries to diffuse the tension with celebrity impressions, and when Susie comes onto him, he says he's not ready and is kicked out.

Pete returns to the comedy club in search of Artie but learns from T.J. Artie took a cab home. Pete agrees to drive T.J. to Manhattan and gets to crash with him.