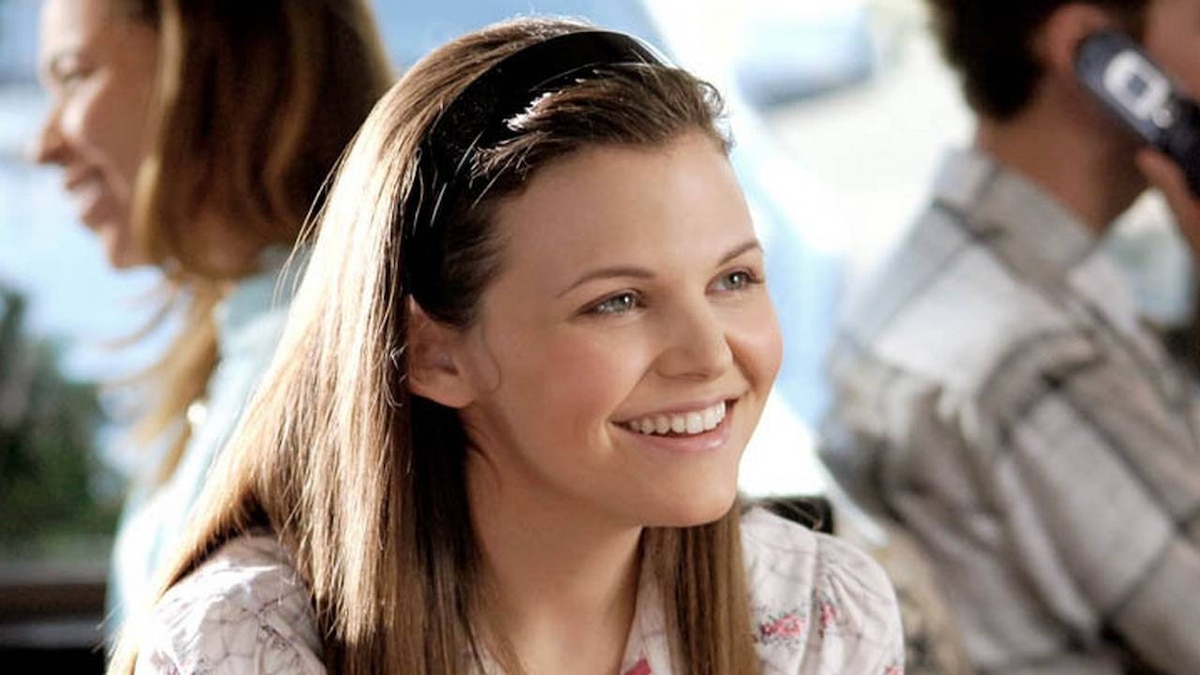 Bill begins exploring a relationship with Ana. Sharing a SnoCone after an amateur folk dancing show, they kiss; Bill is unable to resist his attraction to the Serbian waitress. The next morning he celebrates the new boat sitting in his driveway with Barb and the kids - part of the deal he struck with Reese for the purchase of Weber Gaming.

Heather and Sarah are shocked to walk in on Heather's parents, Chuck and Laura Tuttle, sitting with Rhonda and a reporter, who is deep into an interview about her "plight." When the girls corner her, Rhonda insists she hasn't said anything about Sarah's family, and that she's staying: "Aunt Laura and Uncle Chuck are getting custody" she announces to their dismay.

Bill gives Don a statue of Abraham Lincoln. "He tried to hold things together in a time of great change. He never forgot he was an imperfect human being. And he knew he couldn't do it alone," he says by way of explanation. Don nods his understanding: "Weber Gaming is a big move for us. You can't ask me to embrace it without caution."

At the diner, Ana confides to her new girlfriend Margene about her courtship with "the new guy," saying she's having fun "just fooling around" - something Margie cautions her against. Ana invites Margene to have a girl's day with her and Margene demurs at first, but then agrees.

At his prayer group, Bill and the other members discuss Bill taking his ring off and what it means for considering taking Ana on as wife number four. Bill admits he hasn't raised it with Ana or any of his three wives. Don urges him to listen for guidance from the Holy Spirit and to "maintain the appropriate physical boundaries."

Meanwhile, Ben is having trouble maintaining any physical boundaries as he and Brynn continue to have sex, against Sarah's warnings. "I'm not ready to be an Aunt," she warns her brother. When Ben passes his driver's test, he takes the first opportunity to go visit Bishop Devry from his old church. He admits he's been having sex - a lot - and doesn't think he can stop. But the Bishop doesn't think Ben is ready for a temple marriage. He suggests he bring Brynn to church, and gives him a stack of pamphlets to peruse.

At their next date, Ana has Bill over for a home-cooked meal "I boiled meat all day long, it was a disaster," she says. When she's surprised by his prayer before dinner, he hedges when she asks if he's Mormon: "I kind of do my own thing." Margene is waiting up for him not letting on that she's curious how his date went. "I hope they appreciate how handsome you look," she says, shrugging off his apology for being late. Just before bed, Bill glances out the window: his new boat is up in flames. The next morning, Bill and Don discuss what an arson investigation might reveal; Don's bet is on Roman.

When Nicki gets a call from the reporter looking for confirmation on a source that says Nicki is Roman Grant's daughter and she helped procure Rhonda for her father. After some choice words, Nicki hangs up on him without finding out where Rhonda is, much to Barb's annoyance.

On their girl's day together, Margene confides to Ana that she's a polygamist. "You know how everyone says they have a soulmate? Well, so far, I've found three!" Ana takes the news in stride, hugging Margene for her honesty. Excited by her bonding with Ana, Margene invites Nicki and Barb to lunch the next day, at the diner. "There's something up with her," Nicki says to Barb.

Don reports in to Bill that he found out that Reese was threatened a few days ago - someone branded him "in the keister, like a cow," and he's gone into hiding.

Bill drops in on Ana and they fall all over each other but he stops himself telling her he needs to take it slow. When Ana mentions her friend Margene, Bill bolts home. "You're my wife Margene, you can't be seeing the girl I'm dating," he scolds her. He insists she back off until he figures out where things stand with Ana.

When the news story comes out about Rhonda living with the Tuttles, Nicki hits the roof and Barb agrees to talk to Sarah. When she finds out Sarah knew about Rhonda, she scolds her for not coming to her.

Nicki confronts the child advocate who's taken on Rhonda's cause, April Blessing, and the two women have it out about their polygamous backgrounds. But April stands strong: "you will never get your hands on Rhonda again." That doesn't stop Nicki from trying, as she waits outside the Tuttle's house until she spots Rhonda alone in the yard. Nicki tries to get Rhonda to come with her, suggesting that April is using her and promising to get Rhonda on TV: "Bill owns at TV station," she offers, grasping. When Rhonda screams for help, Nicki flees. Her stop at the Tuttles makes Nicki late for her lunch with Barb and Margene. When Nicki is rude to Ana, sending back her tuna salad, Margene is mortified.

Concerned that Margene has developed another indiscrete friendship, Nicki tells Bill about Margene's lunch date and the waitress she's met. But as Bill watches Margene playing with abandon in the yard with their sons he suggests that maybe Margene just needs more friends and urges Nicki to spend more fun time with her.

Heather's father pulls Sarah aside, "One of your mothers tried to abduct Rhonda today," he tells her, questioning whether she's ever been made to do anything inappropriate at her home. He tells her that Rhonda's told them she didn't feel comfortable around Bill. Devastated by Rhonda's latest manipulation, Sarah runs home to Barb in tears. Barb promptly returns to the Tuttle's to confront Chuck. "There's no abuse in my home," Barb assures him, threatening to bring him up for unprofessional conduct if he questions Sarah again. Barb insists on talking to Rhonda who hugs her and tells her she loves her and that the Tuttles keep putting words in her mouth. She leans in to hug her as the Tuttles look on from their living room, but as she pulls away she hisses: "Kiss off" and the Tuttles close the door in Barb's face.

Bill goes to Ana to break things off confessing that his attraction to her took him by surprise. She insists he wait to speak with her outside. But when Bill goes to the parking lot, his tire has been flattened and a van pulls up with Selma Green: "Hollis needs a word," he announces as they whisk Bill away to a warehouse. Hollis insists that Bill "disgorge" Weber gaming. As his henchmen try to wrestle Bill's pants off in order to brand him, Bill shouts that he purchased the company for Roman Grant, explaining that he is on the UEB. Bill offers to talk to Roman to see if he can reason with him to turn Weber gaming over to Hollis, and they let him go, unbranded. Bill calls Don to report that it is Hollis who wants Weber, not Roman.

Ana calls Margene to report that Bill dumped her. When Bill goes to retrieve his car he spots Margene and Ana sitting in the diner having a heart to heart. He calls Margene's cell and tells her to step outside. She cries in the car, "I love her, I do." But Bill insists he can't marry Ana for Margene. "It just might be lust," he admits. When she suggests that's what they had at first, he denies it: "I loved you so much, it could only have been celestial."