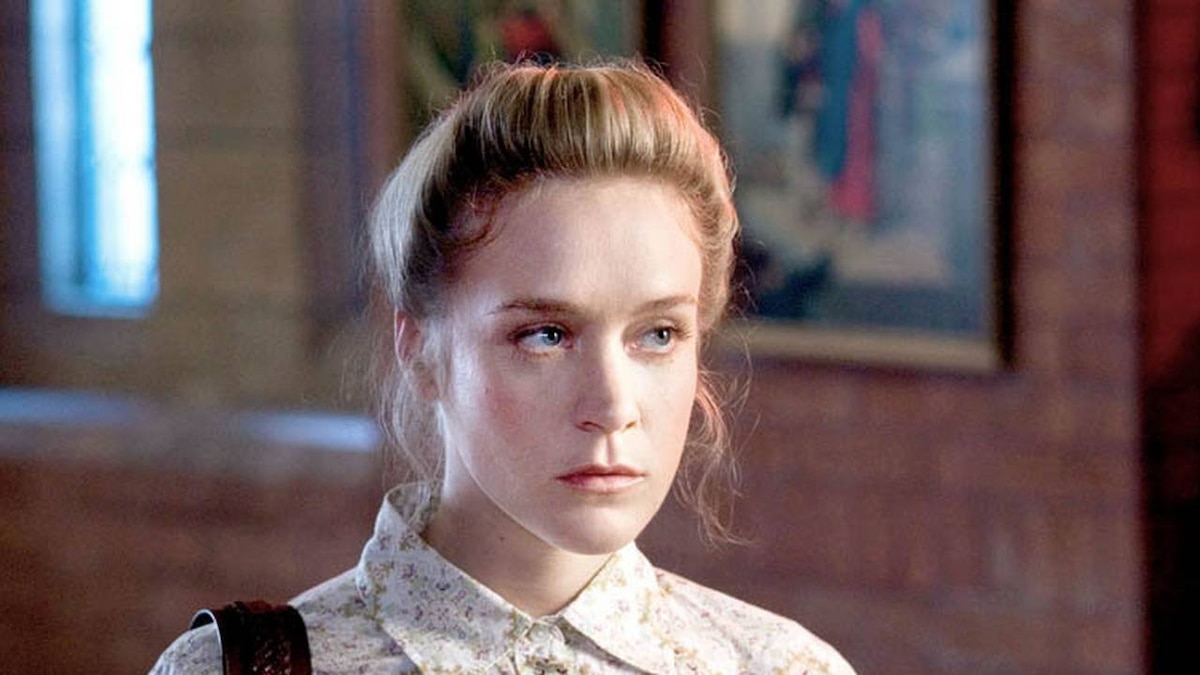 Bill and Don meet at the diner to discuss their new gaming business venture. After Don leaves, Bill has a flirtatious exchange with the Serbian waitress, Ana.

Meanwhile, at Juniper Creek, Lois pulls up to Joey's with Joe Jr. and announces she's had Wanda committed to a psychiatric hospital. Furious, Joey takes off to track down his wife.

Things are getting steamy between Sarah and Scott at his place and he urges her to answer her ringing cell phone. It's Donna and Jordan from Deb's drive in, telling her to get down there: "your Grandma's here and she's asking for you." Sarah is surprised when they reveal Rhonda, who's been sleeping on the street for a week. Rhonda begs Sarah for help and she acquiesces: "But you cannot tell anyone else about our family, OK?" At home the next morning, Sarah feels her mother out for where she stands on the Rhonda issue. Barb confides that it was Rhonda who put Roman up to exposing her, but acknowledges they'd still have a responsibility to her if they found her. When Barb leaves, Sarah tells Ben she knows where Rhonda is and he urges her to tell their mother. But Sarah is determined to figure it out on her own.

Nicki is distraught when she finds Wayne playing with a rosary. She suspects the nuns at his Catholic summer school program pushed it on him and tosses it in the garbage. Margene, who went to Catholic school herself, rescues Wayne's "necklace."

Waiting until Bill has left for the morning, Joey approaches Barb for help getting Wanda out of the psych hospital. Even though she thinks Wanda may be in the right place, Barb has a soft spot for Joey and says she'll help him if he finds a way to move off the compound. "You're an amazing person," Joey says.

After accusing one of the nuns at Wayne's program of giving Wayne a rosary, Nicki asks for an explanation of the Catholic religion and is taken aback when the sister explains their basic tenets, including that the Eucharist is the blood and body of Christ. "Why would you want to believe that?" Nicki asks, horrified.

The gaming company owner is reneging on Bill and Don's offer, demanding they finalize things this week. Not wanting to lose the deal, Bill promises he'll escrow a substantial down payment by Thursday, much to Don's dismay. "Where are we gonna get that kind of cash?" Don demands, but Bill doesn't want the company to go to Roman.

Holed up at Jordan's house for a night, Rhonda still isn't happy with her accommodations. As Donna and Jordan taunt her with real world lessons on orgasms and drunk fathers, Sarah can see that she needs to find another solution.

Joey returns home to find that Lois has enlisted Kathy, a recent widow, to help take care of Joe Jr. But Joey won't stand for Lois's attempts to line up a second wife and storms off.

Bill goes to Eddie for a loan for the gaming business but Eddie wants 20% in exchange for coming up with the cash. Bill reminds Eddie that Roman killed Eddie's father but Eddie holds firm.

When Margene calls Bill with a pie craving, he heads to the diner, surprising himself when he slips his wedding ring off to flirt with Ana. When he confesses his indiscretion to Don, his friend is excited. "Is this serious?" Don asks. "Do you have a testimony for her?" "I don't even have her phone number," Bill admits.

Sarah and Heather show up at Scott's with Rhonda in tow. "Are you two running some kind of underground railroad or something?" he asks. Sarah explains about her family's connection to Juniper Creek and begs Scott to let Rhonda stay with him. He agrees to have his cousin come and stay with him so he won't have to be alone with a 16-year-old runaway.

At the family dinner, Nicki reports there's indoctrination at Wayne's school. Margene defends the school, "It's the Blessed Mother, Nicki, not Satan-worship. I went to Catholic School with a lot of non-Catholics." Barb is frustrated because they worked so hard to get Wayne into that school. "It's far enough away that I can be a father to him in public," Bill says, pulling Nicki aside, promising he'll see to Wayne's proper religious education.

Don calls Bill to tell him he thinks Bill's being rash about the gaming company, that his motives are revenge against Roman and he's not comfortable with the deal.

Barb gets a call from Joey, wondering if Bill is behind Lois's matchmaking with Kathy. "I think any man who lives the principle is selfish," Joey blurts. Barb cuts him short for talking about Bill that way. When Barb goes to Bill, admitting she promised to help Joey, Bill refuses and insists she let him stand on his own as well. But Barb can't. She visits Wanda at the psychiatric hospital to warn her that Lois is trying to get Joey to take a second wife. Assuring her Joey doesn't want to, Barb is disappointed when Wanda says she's thought about it and Joey does need some more help with the baby - she could be in and out of mental wards forever.

Dropping Wayne off and feeling ostracized by the other mothers, Nicki impulsively whisks her son away, taking him home. Later, Margene interrupts her attempts to home school Wayne: "What is the matter with you? Why are you so anti-Catholic?" Nicki retorts: "All those women and their crucifixes, you might as well wear an electric chair around your neck."

Eddie comes to see Lois who's counting the Laundromat money. "I wonder how much we'd make if we actually opened the door to that place." He asks some of her share back to invest in Bill's venture but she refuses. When Bill makes him a final counter offer of 8%, Eddie takes his own cash, in spite of his wives' objections.

Sarah has to rescue Scott from a screaming Rhonda who has barricaded herself in the bedroom with claims he tried to rape her. Finally Sarah sees Rhonda for who she is: "What do you want?" she demands. "I want to go to Heather's," Rhonda replies calmly. When Sarah finally turns to Heather, she says she's tired of being her friend's last option.

During his next diner stop, Bill gets Ana's phone number. As he sits at the counter flirting, Margene pulls up in her car and, surprised to see their tender exchange, beats a hasty retreat.

Getting home late, Barb is surprised to find Joey asleep on her couch. She rouses Bill from Margene's bed, insisting he be the one to tell Joey about Wanda's desire for him to live the Principle. The next morning Bill and Joey have it out about Roman and Joey insists all he's ever wanted is to live peacefully with Wanda. "Then get her to stop poisoning people," Bill shoots back, before breaking the news that Wanda wants Joey to live the Principle. Bill offers his broken brother a truck driving job, which he accepts. Nicki interrupts to report that Wayne's run away. As Bill, Nicki and Margene canvas the neighborhood, tensions are high. Bill grows frustrated with not being able to say he's searching for his son. And Nicki slaps Margene when she prays under her breath for Wayne's safe return. After Nicki runs off, Margene spots Wayne on a trampoline in a neighbor's yard.

Bill informs the still-reluctant Don that he's going ahead with the gaming company purchase: "This is about belief, Don."

Sitting outside the Catholic School, a subdued Nicki waits with Wayne in his angel costume. Bill joins them as they attend the school pageant in a rare public appearance, together as a family.

At the diner, Ana serves up pie to an attentive customer: Margene.