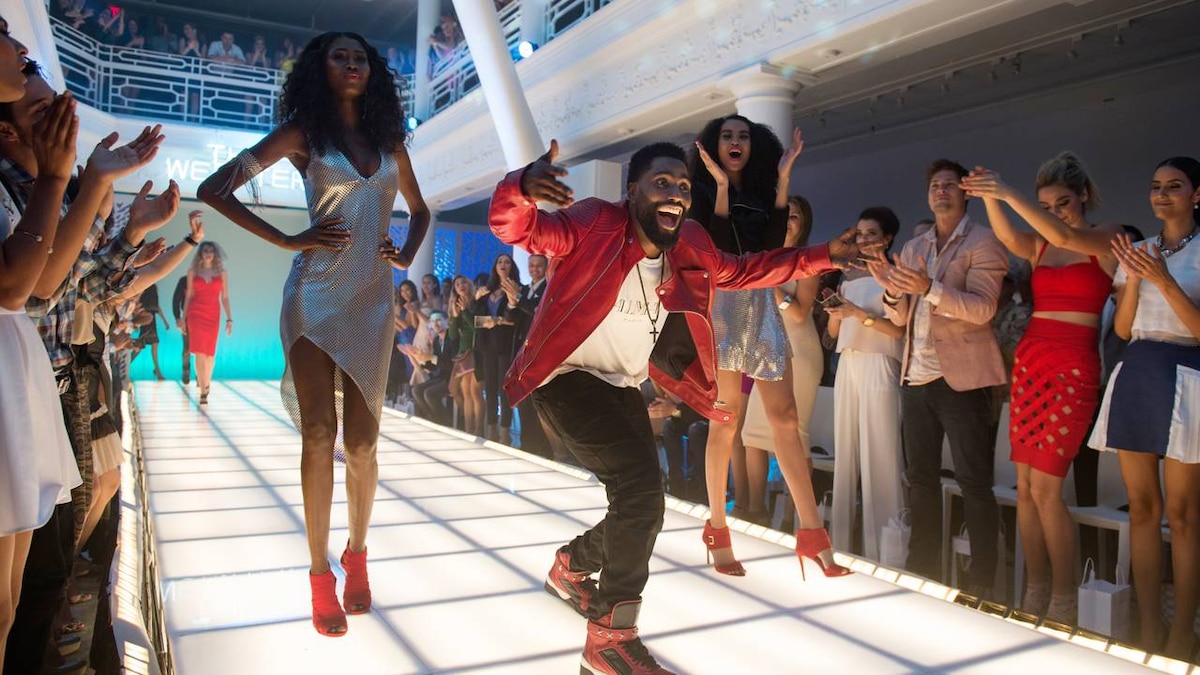 In Dr. Robbins's office, Spencer finds out he may need a hip replacement. The doctor refuses to write him any more prescriptions.

Spencer tells Jason he wants to meet with Travis Mack. Jason reminds him his registration has yet to clear, and talking to a player before he is drafted is dangerous territory.

Reggie decides to get Vernon a pet to cheer him up. With most of the animals at the sanctuary already claimed, Reggie ends up buying an alpaca that looks like Rhianna, who takes off. Reggie and Joe get her back home, but are stopped from presenting her when they see Vernon's new gift from Nate: a puppy.

With a fake name and a recommendation from Maximo, Spencer visits a different doctor who immediately writes him a prescription for pain meds.

Ricky gets a great offer from Buffalo and asks for 24 hours to think it over. He brings Charles and TTD with him to a fashion show, and tells Charles to go tell Siefert off for cutting him from Miami. Ricky is surprised to run into Bella, his ex, and asks to buy her a drink. She tells him Buffalo doesn't seem like the right fit for him.

Charles shows up at Siefert's office to give him a piece of his mind. Siefert offers him a position working in the front office.

At the gym Ricky tells Spencer he may be rethinking Buffalo, and Jason brings Travis Mack over. "You quit the combine because you knew they'd see what I see. Most guys," Spencer tells the kid. After beating Mack in a rep-off on the bench, Spencer tells him it's time to show the critics what he's worth.

Joe alerts Spencer that the players' association rep is not the friendly face he was expecting. The rep asks Spencer about his finances, including the real estate deal with Andre, ultimately concluding that they'll need to look deeper into the situation before approving his registration.