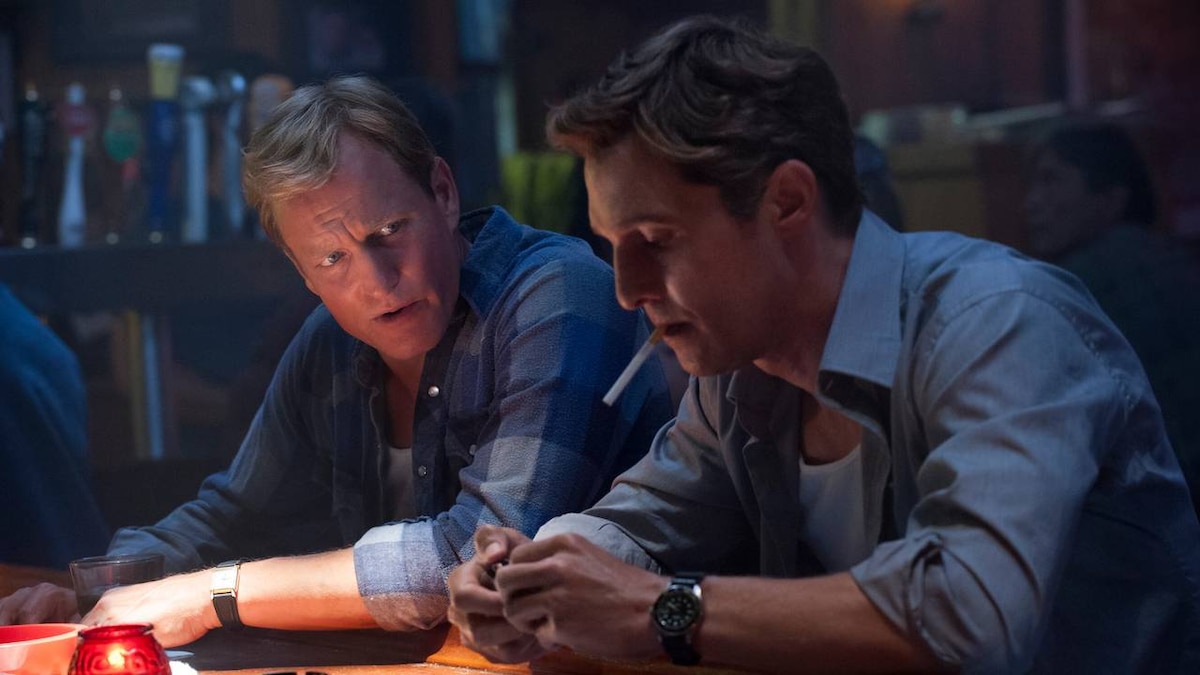 "I don't think you should have shown him those pictures, do you?" - Cohle

Now aware that Charlie Lange was once the cellmate of their suspect, Reggie Ledoux, detectives Martin Hart and Rust Cohle pay Lange another visit. Charlie spills about Ledoux; the man is some kind of hillbilly genius chemist, but Charlie found him unnerving. Reggie has a spiral tattoo on his back, the mark of a group of devil worshipers who sacrifice children and revere the "Yellow King." Lange does not know where Ledoux is, but suggests a mutual acquaintance named Tyrone Weems might. Upon leaving the cell, Charlie asks if he was responsible for Dora's death -- he showed pictures of his ex-wife to Ledoux. Cohle intimates that he was.

Because they now have a definite suspect, Hart and Cohle are allowed to keep the case from the task force, and they brief the team on their new lead while setting to work looking for Tyrone "Tyro" Weems. The partners track down his ex-girlfriend Kelsey at a strip club. Kelsey claims she can't help them, but with some encouragement from Hart, the club's bartender acknowledges Tyro is Kelsey's ride most nights.

"You need to get out of our lives, Marty" - Maggie

Marty gives testimony before a jury while Lisa Tragnetti, the trial's court reporter, looks on. Afterwards, she confronts him about his violent behavior. Marty refuses to engage and leaves her fuming. Later that day, Hart arrives at home to find his bags packed and a note from Maggie. He calls Lisa to find out what exactly Maggie knows and she tells him, "This is what you get." Marty hits a dead end when Maggie's father Jake refuses to connect him to his wife.

Distraught about his marriage and drinking, Hart follows Kelsey after work to a rave where he recognizes Tyro. Hart pulls a gun on him and demands information on Ledoux. Reggie isn't dealing anymore, Tyro says. He cooks exclusively for an East Texas bike gang called the Iron Crusaders.

After filling in Cohle, Marty visits Maggie at the hospital where she's working the graveyard shift. Lisa came to their home, Maggie reveals; their marriage is over. Hart's drunken pleading turns confrontational when he refuses to leave. Finally, Cohle arrives in response to a call from Maggie and escorts him out.

"You are like the Michael Jordan of being a son of a bitch." - Hart

Hart rues the state of his family while drinking with Cohle, but his partner redirects their focus to Ledoux. Cohle knows the Iron Crusaders from the four years he worked undercover in narcotics. The group believes he was killed in a DEA raid, but Cohle has a plan to infiltrate the gang under his old cover and confirm that Ledoux is their supplier. With Marty's blessing, Cohle decides to take personal leave from the department so that he and Marty can run an undercover operation on their own.

Cohle sets to work on his plan. He creates fake track marks on his arms and easily steals cocaine from the CI'Ds evidence storage. In 2012, Cohle tells detectives Gilbough and Papania he went to visit his dad who was sick with leukemia in Alaska. Cohle ruminates on life up north; he couldn't handle the cold, but the night sky was incomparable. Gilbough and Papania don't buy his story. They divulge to Hart that there's no record of Cohle's visit or his father's illness. This doesn't impress Marty, as he already knew that the story was faked.

Rust meets with Maggie to broker an arrangement so Marty can see his kids. Rust contends that Marty's affair was "an expression of weakness," but Maggie dismisses his rationale. Later that evening Rust tells Marty he thought Maggie was softening.

Posing as his old narco identity, Crash, Cohle meets his old partner Ginger at a biker bar. Cohle tells Ginger that he's been running with a gang down in Mexico who's trying to trade cocaine for crystal meth. After getting a taste of Cohle's pilfered cocaine, Ginger confirms that his gang only has one cook. He'll consider connecting Cohle to the supplier, but first Cohle needs to help him by abetting in a raid. Seeing no alternative and with no way to kidnap Ginger yet, Cohle reluctantly agrees. He takes off with Ginger on a boat down the bayou, while Hart looks on helplessly.

Cohle and Ginger arrive at his trailer to prep for their mission: the team of men will don fake sheriff uniforms to raid a drug dealer's stash house; they've already kidnapped the dealer to lead them to the goods. The group infiltrates the house and the plan quickly goes awry. Their shotguns and ill-fitting uniforms are a tip off; a crowd forms and an angry mob surrounds the house. Shots are fired. Amidst the chaos, Cohle snatches Ginger, races into the night and breaks into a neighbor's home to call Marty. Leading Ginger at gunpoint, Cohle guides them through a gauntlet of enemies on both sides of the law to Hart's getaway car, narrowly dodging the mob. Once securely inside, Cohle demands Ginger give up his information on Ledoux. 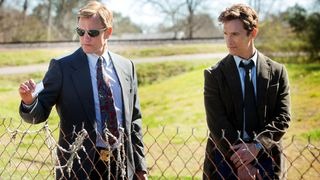 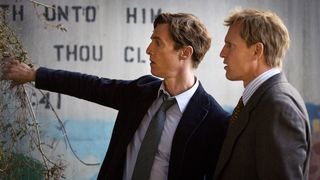 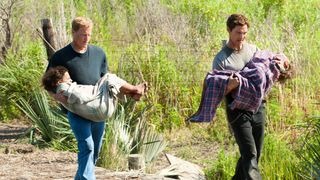 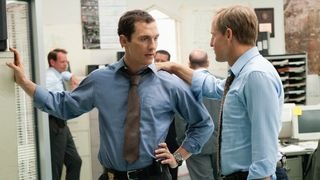