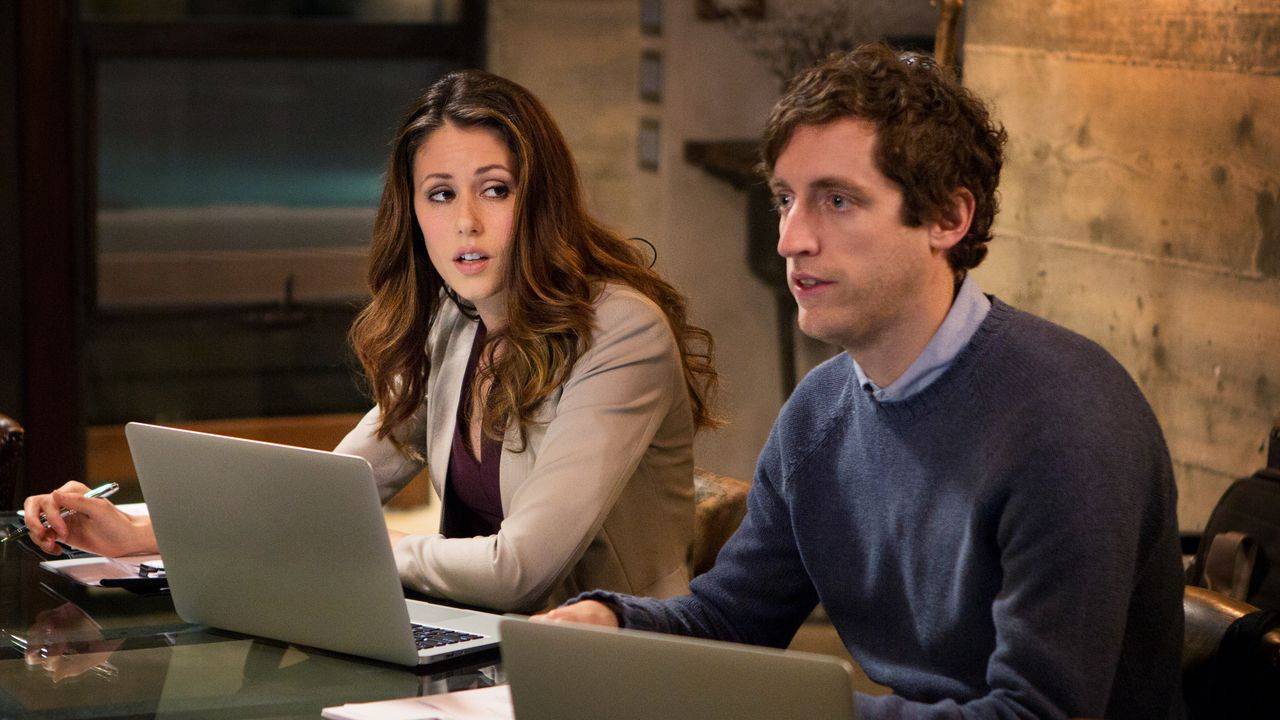 Richard and Jared conduct interviews, looking for -- as Richard says -- "a few good engineers to join the Pied Piper team." Jared Patakian, a top candidate, describes himself as a "cyborg" and explains why he wants to work at Pied Pier: "Look, we all know that I could make a shit-load more money working for some multi-colored happytown in a hermetically sealed box. I like that you guys are so...weird."

Outside, Erlich teaches Jian-Yang about how to separate the Hacker Hostel trash from recyclables and compost. Erlich tries to explain that trash isn't burned in America.

Richard and Jared make the case for hiring Jared Patakian, to Dinesh, Gilfoyle and Jared. "My only concern here is -- and it's a small one -- he's also named Jared," Jared tells the guys. "Will it be confusing with two Jareds?" Gilfoyle says they can instead call him "Other Jared," but Jared says the newer Jared should be "Other Jared." No, Gilfoyle tells him, "You should be flattered -- O.J. Simpson is one of the most recognizable people on the face of the planet." Erlich advises Richard to "Pass-adena" on Jared Patakian because of a previous hiring infraction with Aviato. Richard flatly asserts his authority, telling Erlich, "You don't get to Pass-adena on anyone."

Gavin introduces a new experimental division of Hooli called Hooli XYZ, a division where "no idea is too big." "Question," he begins during his introduction. "What is a moon shot? A moon shot is an idea so big, so bold as to be impossible...until it is not." Gavin announces that a professor and pioneer of robotics, Davis Bannerchek, will lead the new division as head dreamer of Hooli XYZ. Then suddenly, Gavin also introduces Big Head -- incorrectly calling him "Bag Head" -- as co-head dreamer. "He also co-founded Pied Piper," Gavin adds, putting his lawsuit tactics to work, "right here at Hooli." A clueless HR rep gives a rather resistant Big Head a huge, brand-new office, and Big Head's assistant arrives to tell him that a photographer from Wired has arrived to shoot him for a profile.

Another candidate the Pied Piper guys like is Carla Walton. "Her code is f**king great," Gilfoyle tells Richard. Jared says "it would behoove us to prioritize a woman," but Gilfoyle says "we should hire the best person for the job. Period." Jared further explains: "It's like we're the Beatles, and now we just need Yoko." Carla impresses during her interview, saying, "You design the engine, I just assemble the car." Jared makes it awkward when he says they'd love to have a "strong woman" on staff.

Monica, Erlich and Richard arrive at Russ' house for a board meeting. They all admire a painting on Russ' wall that features three commas, meant to represent the three commas in a billion dollars. "Yeah," Russ says, "I'm in the three-commas club." Russ' young son appears, and a voice on a PA system instructs him to go to bed. Russ explains that the system is called The Lady -- a company he's funding that tells his son when to go to bed, take a bath and so on. "I get to be his friend, and she's the bad guy," Russ says, with a smile. "I've disrupted fatherhood." At the board meeting, the group -- including Russ' girlfriend Nastia -- approve the equity packages for Jared Patakian and Carla, and Erlich supports Russ in a vote to buy Pied Piper swag for $30,000. Russ pawns off a couple tickets to Sean Parker's Muir Woods Preservation benefit to a delighted Erlich.

Carla shows up at the Hacker Hostel and immediately begins making references to how much money she's making and how much equity she has in Pied Piper. Under pressure from Jared, Richard tells Carla and the guys that he's prepared to answer any questions about the company's harassment policy and workplace code of conduct. Carla says her best friend's name is Cunty and asks if she can refer to her by name at work. Jared initially says no but then says he'll get back to her. Dinesh and Gilfoyle discuss Carla's many references to making lots of money. "I'm not jealous," Dinesh says, "I just want to make sure she's making less than me."

The woman checking Erlich in at the Muir Woods Foundation benefit tells him he owes $25,000 per ticket. Erlich tries to charm his way in with Jian-Yang, but he's turned away. The next day, Jian-Yang tells Richard that they ended up at Taco Bell.

Richard tells Carla that "several" employees have lodged a complaint against her for creating a hostile workplace. Jared quotes a complaint about how Carla's rubbing it in that she's making more money than others. "You and I both know how much you make," Richard says. "Are you f**king with them?" Carla confirms that she is and says she'll stop. Adds Carla: "Cunty's done."

Richard tells Erlich that he'll be out of the Hacker Hostel as soon as they find office space. "I will call the cyborg," Richard says, referring Jared Patakian, in a show of respect, "and I will rescind the offer." Richard calls Jared Patakian to tell him that the job isn't going to work out, but Jared tells him he took another job -- at one of Russ Hanneman's companies, in fact. "Our own investor poached him," Richard tells Erlich.

A truck pulls up in the driveway at the Hacker Hostel to drop off Russ' Pied Piper swag -- t-shirts, foam hands and golf balls...all with the company's old logo on it. Richard smells something burning, and Erlich runs off yelling Jian-Yang's name. 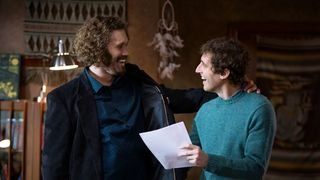 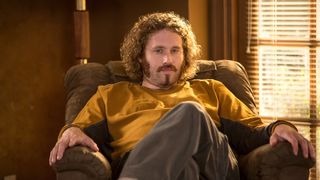 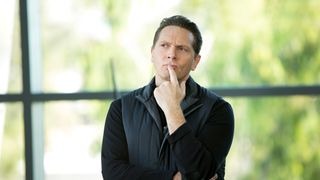 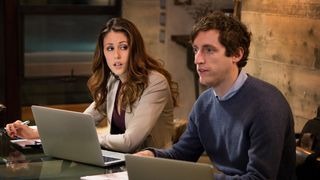 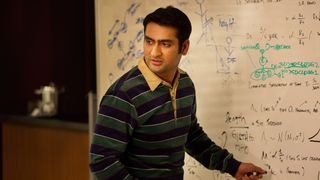 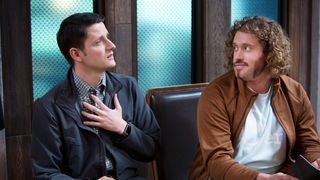 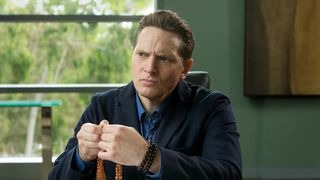 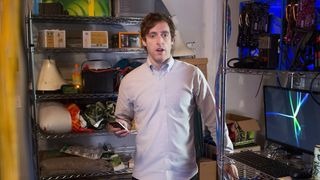