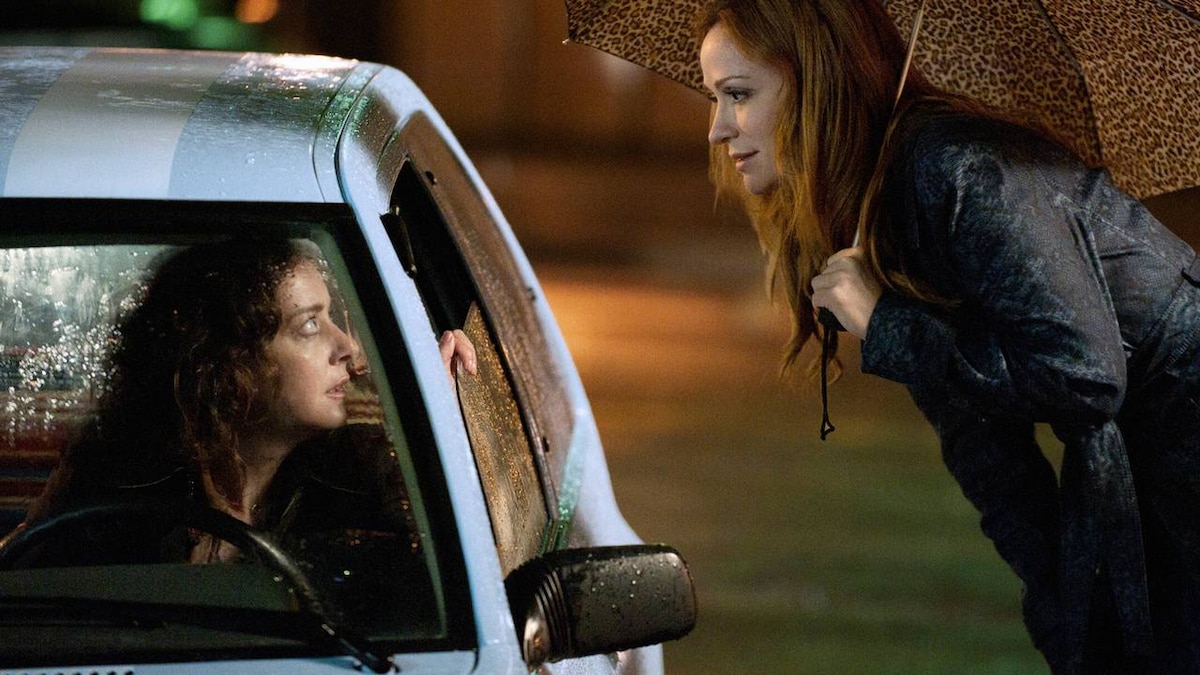 'Money on the Floor'

Ray sits nervously on a crowded airplane, and an attractive flight attendant asks him to move his luggage. He follows her to the back of the aircraft, where he joins her in the bathroom and gets paid to join the mile-high club while the plane works its way through some unexpected turbulence. When he returns home, he's shocked to find his kids have defected to his house - and even more shaken to discover that someone has stolen his shoebox full of hard-earned cash. Tanya suggests that this "has Lenore written all over it," but when he confronts the pimp at her day job as a suicide hotline operator, she denies any involvement. He leaves the office, at least managing to pick up a referral from Lenore - a tall woman named Kyla.

Tanya receives a visit from Sandee, who asks her to take Jason under her pimpdom; Jason will even "do dudes," Sandee promises. Tanya takes a shine to the idea of a merger, but Ray is in no mood for negotiations as he searches for his cash. He also doesn't appreciate finding out that Charlie, the man Tanya describes as her boyfriend, is getting into his business. Ray pays him a visit, and Charlie advises him to think long term: Ray's not getting any younger, and Jason could be his 401k. Ray sees the light and tells Tanya he wants first pick plus 20 percent of Jason's earnings - and she's aware that Charlie is obviously a pimp, right? Ray then rushes off to start refilling his empty shoe box with the assistance of Kyla. But as he and his new client start getting down to business, Tanya gets an unsettling phone call from Lenore: Kyla is actually a man.