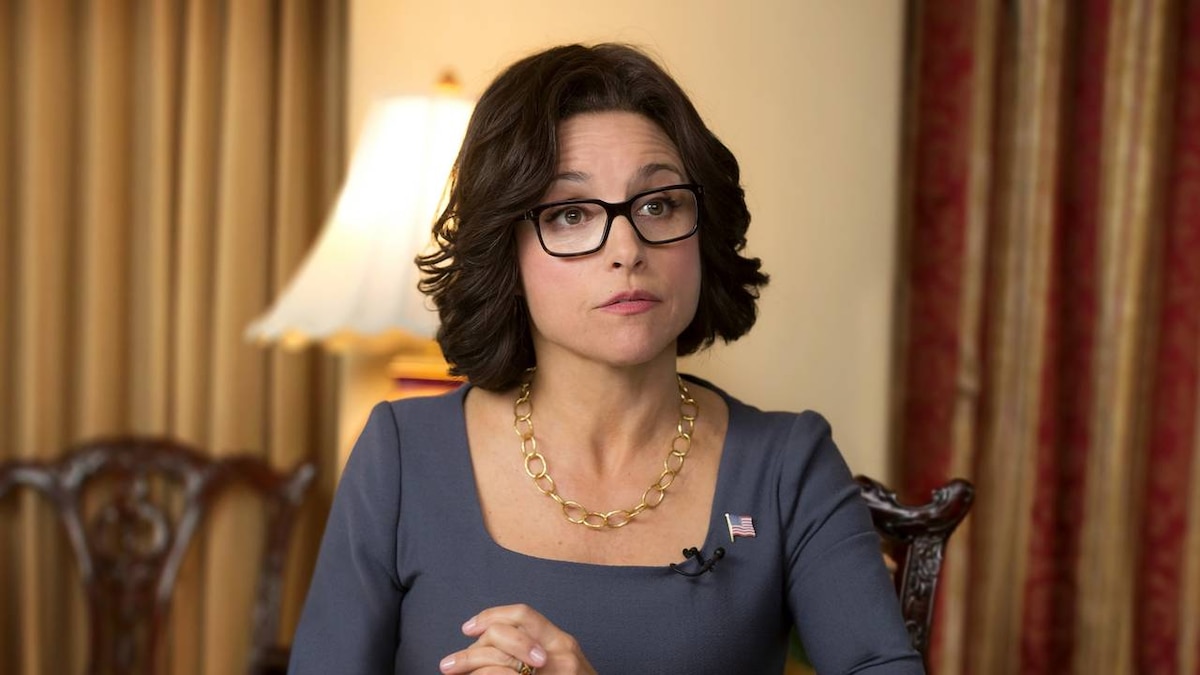 Selina speaks at a press conference about the Families First allegations the White House is facing, insisting that there isn't "one ounce of truth" to them.

Meanwhile, both current and former members of her staff testify before a congressional committee formed to investigate the matter. Ben is the first person up, and he manages to keep his cool, insisting that the Administration put its blood, sweat and tears into getting the bill passed. The committee questions Dan's firing when Ben reveals he wasn't responsible, merely a scapegoat. "You make it sound like there's a correlation between what should happen and what actually happens," he says.

"My college friends called me Tall McCartney. I preferred that." -- Jonah

The committee questions Dan, Amy and Jonah, who feign mutual respect for one another until they're questioned about a file Dan placed on the share drive in the White House called the Jonad Files. To "jog" Dan's memory about the file -- and to prove that his relationship with Jonah is fractious -- one of the committee members reads out various insulting nicknames contained in the document, including "Jizzy Gillespie," "the 60-foot Virgin," "Jonah Ono," "the Cloud Botherer" and "Spewbacca."

Lee Patterson gives her deposition, where she explains that she was not responsible for the data breach that outed Jennifer Graham but was sacrificed to cover up something bigger: that same child mortality data was used to target bereaved parents for the "I Care" campaign mailer. She insists that while Selina was unaware of the data breaches, it was those closest to her -- Bill Ericsson and Gary Walsh -- who were the true masterminds. Meanwhile, Dan attempts to bargain with the lawyers on the case using the very information Lee has just revealed.

"For the record, Miss Patterson was a very competent staffer and what Jimmy Cagney would have called a good kid." -- Kent

Kent and Ericsson go before the congressional committee; Kent remains calm while Ericsson grows increasingly panicked once he realized that he's getting "snowballed" -- aka, blamed for both data breaches and the Families First sabotage. After learning of Lee's testimony, Dan agrees that Gary is the man to blame. "He's the bagman, yeah, but he's also the bad man," he explains.

Gary is called before the committee to explain his duties and responsibilities, but when his involvement and level of power is questioned, Gary is forced to admit that he's a nobody. "I'm just a guy that whispers names to the president, and I tell her facts about people," he says sadly. When they ask if he has regular contact with lobbyists, Gary admits he does only when he's around Catherine's fiancé Jason. This is news to the committee; until now, Jason's been referred to as a consultant.

"Gary has a very limited set of skills. Mainly I would say they are picking objects up, and then putting objects back down." -- Selina

The lawyers tell Selina that Gary let the cat out of the bag regarding Jason's job. Though she tries to deny that he's a lobbyist, the attorneys continue to press about the conflict of interests Jason and Catherine's relationship presents. After suggesting that the two may have broken up, Selina excuses herself to take a phone call from the "president of Africa." She returns a short while later with a statement confirming that Catherine and Jason have split.

The committee grills Sue about the absence of a record of Selina and congressman Pierce's meeting. Sue explains that while the two met, it was not a meeting. "There's a difference between meeting someone and having a meeting with them. I once met Bill Gates, but I didn't have a ‘meeting' with him," she says. Sue insists that an exhaustive record is kept of the dealings within the president's office, letting slip about the voice memos used while Selina was ill, and were not disclosed to the committee. When asked who could illuminate them on the voice memos, Sue immediately suggests Mike.

"There are probably fairer trials happening right now in the back of parking lots where the defendant is wearing a mailbag on his head." -- Ericsson
Mike goes before the committee and is questioned about his having been spotted in the White House parking lot with Dan, Amy and Pierce. He admits he was there, but only because he was going to his car to retrieve "knee medicine." Mike's then asked about the president's voice memos, and thinking he's in the clear, Mike reveals they've all been deleted. The committee reminds him that they still exist in the cloud, and that they plan to listen to them for any evidence pertaining to the investigation.

Richard joins Dan, Amy and Jonah before the committee the following day, where he is questioned about Teddy Sykes' sexually abusing Jonah. Richard explains that he witnessed the abuse for the first time when Dan came to fire Jonah over the data breach. Following this admission, the committee demands to know who was truly responsible -- or the Administration will face serious consequences. One by one, everyone points their finger at the man they've been told to blame: Bill Ericsson.