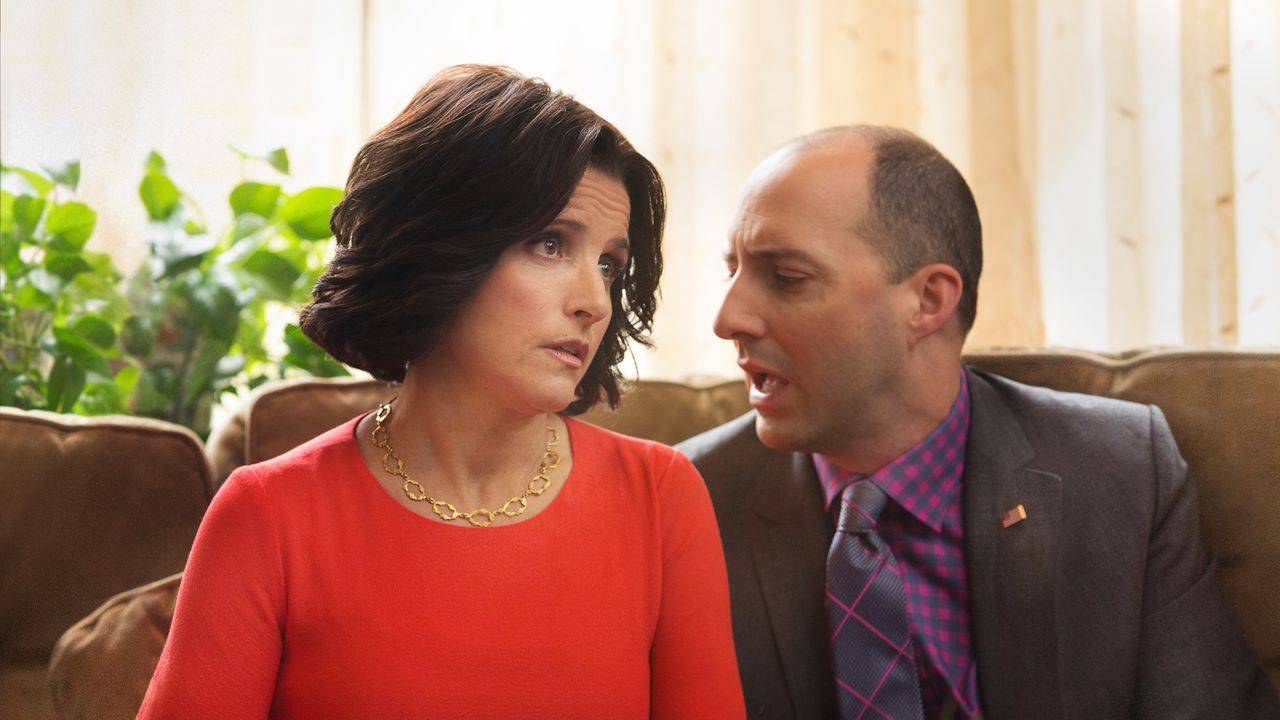 Catherine practices reading her speech for the national convention but is quickly overwhelmed by her mother's criticism. Meanwhile, Amy becomes increasingly agitated by Karen, the President's old friend and new senior advisor, who has yet "to speak a declarative sentence."

At Purcell's office, Dan is brought in to lobby for one of the country's biggest zucchini exporters. Every-one from the Meyer Administration is out of town for the convention, and so Dan desperately throws Jonah's name into the conversation when asked who he has access to, for a meeting.

Selina and Karen analyse the kiss Catherine and her fiancé Jason's intend to do at the end of her conven-tion appearance, whilst Amy urges Selina to concentrate on her own speech. Sue enters with news that a death row inmate in Louisiana was given a new drug cocktail but it only half-worked. As Ben explains, he's been "halfacuted."

Teddy confirms the data breach linked to the "I Care" campaign mailers with VP Doyle, who decides that, between the breach and the secret polling, he's going to leave the ticket. Teddy urges him to change his mind. "There's only one midget that I'm going to let tell me what to do, and I'm going to go tell her that I'm done," he explains. Teddy retorts: "She doesn't have time to replace you. What's she going to do? Pin a dick on Gary and give him the job?"

Sue brings word that Senator O'Brien has chosen New Mexico senator Laura Montez to be his running mate. Montez, as Selina describes her, is brilliant, pretty, charming, a woman and "f**king ethnic." "He gets sexy-Mexy. What am I stuck with?" Selina complains, "Steve Martin's boring older brother." She wishes she could ditch Doyle and replace him with Danny Chung. Her prayers are answered when Doyle arrives and tells her he's stepping off the ticket after the election, when he will get in his Dodge and get the hell out of Dodge. She tries to hide her joy.

Since the data breach can't be revealed to the public, Selina and Ben force Doyle to say he's resigning because of "prostate issues." To make him stick to the script, Ben reveals that Jonah's been sexually harassed by Teddy. "He's been fondling Jonah's balls like he's trying to figure out what the prize inside is," Ben explains, adding that Doyle can't be "a man of principle" when he's condoning sexual abuse in his own office. "Who are you, the Pope?"

Dan greets Jonah and Richard, and introduces them to Purcell. Dan is humiliated when he's forced to make them coffee. In the meeting with the client, Dan attempts to big Jonah up, whilst Purcell receives the news that Doyle is quitting the ticket. Dan and Jonah panic, and call Amy.

"I wish someone would sexually assault my staff. And by staff, I mean penis." -- Furlong

Selina meets with Danny Chung to discuss him joining the ticket. He asks for time to consult his wife -- and his bible -- on the decision.

Doyle, in front of Congressman Furlong, confronts Teddy about "twirling Jonah's balls like they're some kind of exotic stress reducer." Doyle orders him to use his "dirty hands" to clean out his desk and fires him. "Sir, everything I have done has been to serve you," Teddy explains. "And that goes double for fon-dling Jonah."

Chung returns a short while later and tells Selina that he has issues with how her administration oper-ates and so he can't be her VP. She's furious, but begs him to take the job. He turns her down.

With Chung out, the staff debate other possible VP candidates. Amy suggests Tom James, whom every-one but Selina and sycophantic Karen agree is the perfect choice. Selina sends Mike to round up former Secretary of Defence George Maddox. Sue informs Selina that the man on death row has died. Selina's reaction is : good – one less thing to worry about.

When Selina meets with Maddox he tries to endear himself by making some terrible jokes. Ironically, though, it's when he becomes serious and tells the President that there's a perception she's bad at get-ting things that he blows his chances. Selina pretends Ben has summoned her next door and dismisses Maddox, who leaves, looking glum.

"You are the worst thing that has happened to this country since food in buckets. And maybe slavery." -- Amy

Selina goes through all the running mates she went through before choosing Doyle. An increasingly ex-asperated Amy continues to suggest Tom James, but it falls on Selina's deaf ears. "We need a Tom James-y type, from the South," Selina says, then suggests inept Congressman Pierce. Selina asks Karen's opinion on Pierce, who acknowledges there's "pros and cons to every candidate," and Amy finally loses it. "Have you been sent from the future to destroy me?" Amy asks her, "Because it's working!" She then turns her anger on Selina, telling her, "You have two settings: No decision and bad decision. I wouldn't let you run a bath without having the Coast Guard and the fire department standing by, but yet, you are running America." At the end of her tirade, Amy quits, telling Selina that she has been such a terrible President that she will be the reason that there will be no more female Presidents. After Amy leaves, Selina begins to eye Karen with suspicion. She lets Mike and Kent know that she wants to talk to Tom James after all.

"This guy's an all-American hero. Like Evel Knievel. No, better: Lovely Knovely." -- Mike

Dan, Jonah and Richard are about to call Amy when they realize Amy has quit. They try to come up with a plan, but Jonah immediately screws it up. Ian, the zucchini exporter walks.

Selina nervously awaits Tom's arrival, admitting to Gary that the one skeleton the seemingly-perfect VP has in his closet is her. Once he arrives, Selina takes Tom aside to ask him to join her on the ticket. "It is with deep regret -- that I'm going to have to accept," he jokes. After a champagne toast, Tom asks if he should sit down with Amy to figure out where he fits into the campaign. Selina explains that she had to let Amy go and immediately appoints Kent as her new campaign manager. A short while later, Ben takes Karen aside and fires her. 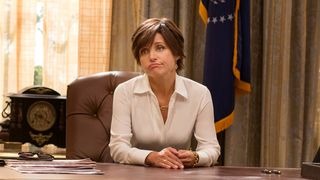 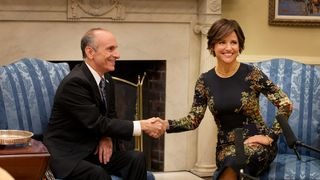 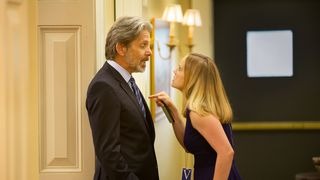 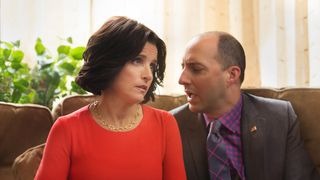 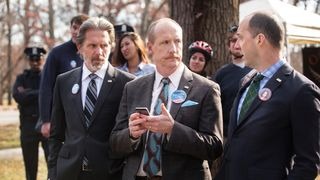 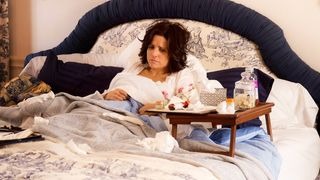 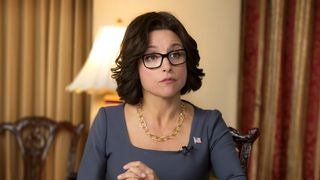 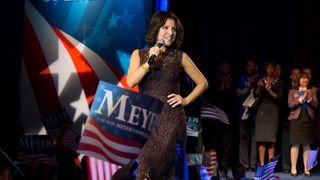