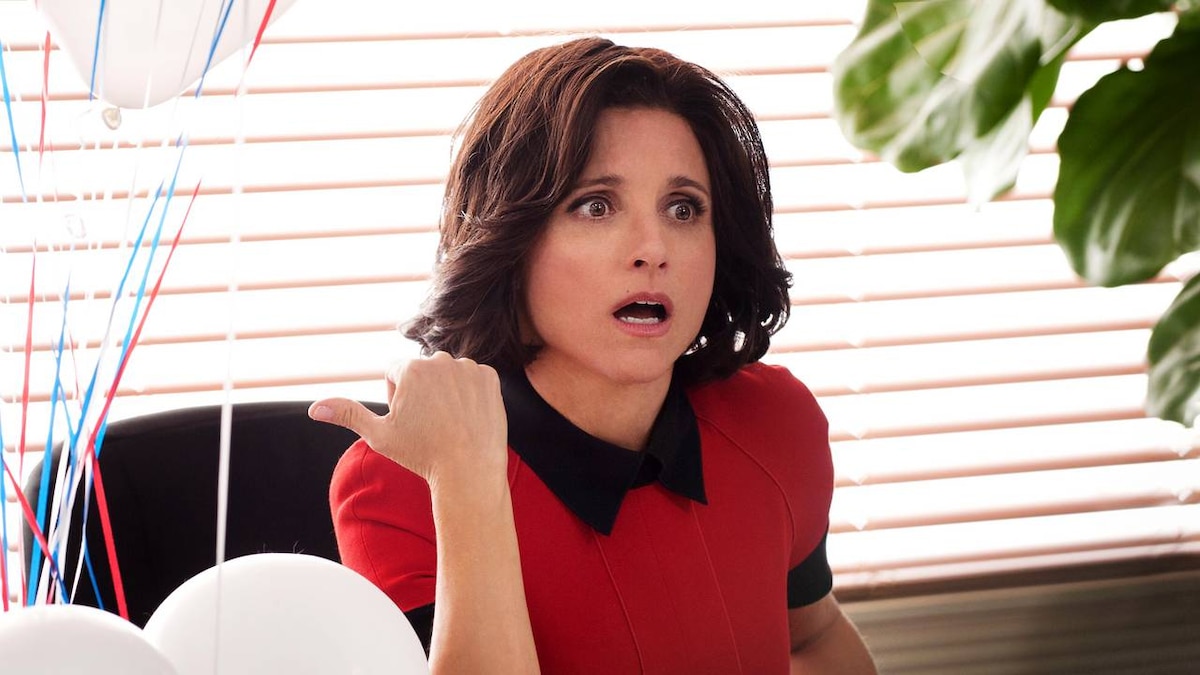 "I want to tell real stories about real people. I'm like John Steinbeck in that regard. Or Denzel Washington." - Jonah

Two young Anacostia women, Alicia Bryce and her friend Dee, post flyers around town for Alicia's "Walk to the White House," a demonstration in support of universal childcare. They're approached by Jonah, who's looking to do a piece on her for Ryantology.net, but he's thwarted when Amy arrives for a pre-scheduled meeting with Alicia. Amy explains that the Veep wants Alicia next to her when she announces that she's running for President.

While being fitted by a dressmaker, Selina's team advises her on her presidential campaign announcement, which is two weeks away. Amy calls Selina and puts Alicia on the phone, who is thrilled to be speaking to the Veep. When Kent learns what Alicia represents, he warns Selina that "children are of no value."

Two weeks later, hours before Selina's announcement, Ben brings word that an SNL sketch mocking Selina's childhood pony, Ladypepper, has "just hit 9 on the Sphincter Scale." The sketch mocks Selina's privileged upbringing and comments that pony grooming taught her about how tough it is for American farmers. She doesn't understand why that's funny.

Dan advises Selina to own the sketch by appearing on the show. "Are you kidding me, Dan?" she asks. "If somebody takes a shit in your car, what are you going to do? Are you going to drop your trou and take a crap through the sunroof?" She orders him to get on the phone and fix it.

"Sorry, I was just yelling at the media." - Mike

Mike brings Alicia to the rehearsal room where she discovers she's one of several VIPs who will be joining Selina onstage. "Half of America just came in. This is like Black Friday at Wal-Mart," she complains. Mike and Gary try to downplay the others as "filler" in relation to Alicia; for example, the cancer survivor, Mike explains, had "an easy one. Finger or skin, not one of the hard ones."

Selina enters the rehearsal space and starts greeting her special guests. She actually doesn't need Garyoke, and he's horrified when Alicia comments that his attempts are distracting.

"You want me to be just some sort of a party puppet? You can stick your hand up my ass and work my mouth?" - Selina

Senator Doyle approaches Selina and tells her to dump universal childcare and play it safe by putting the AARP onstage instead because seniors vote: "They've got nothing else to do," he explains. When she refuses, he threatens to pull his support. Ben and Kent agree with Doyle, pissing her off more. Ben tells her, "Ma'am, you have plenty of principles, you just gotta pick another one." Adding to her misery, Dan informs her that SNL has decided to do another "Little Selina" sketch despite his efforts to dissuade them.

Doyle returns to Selina's office to warn her that the congressional leadership is "stuck in traffic" and will be until she drops universal childcare. She refuses to let "a bunch of dead-eyed white guys shit all over everything" she stands for. Once Doyle leaves, Selina throws a tantrum, knowing she needs the party's support for her campaign. "I've decided that I'm going to let them dictate to me," she tells her staff. "That is my decision. I am letting them do that."

Amy tells Mike to dump Alicia, sensitively. When he tells her she's no longer needed at the event, Alicia and Dee start to get physical with Mike, pushing him so far that he calls Alicia a "stupid cow." To his horror, Jonah has overheard the whole thing. "Oh my god Mike, what're you going to do for the encore?" he jeers. "Punch the kid?"

Dan and Gary observe Selina in "shutdown mode" -- she hasn't moved or spoken in 10 minutes. Catherine takes note of the situation and snaps her mother back to reality by viciously insulting her. "I have had had a hard, lonely, miserable life," Catherine tells her, "and the only thing that's going to make it worthwhile is if I become the daughter of the next president of the United States. You need to go out there and stop behaving like a little bitch!"

"Jonah, you are the dick that keeps on giving." - Leon West

Mike takes Ben's advice to beg Jonah not to run the "stupid cow" story. Jonah orders Mike to sing for him, so Mike gets on his knees and performs "Goober Peas," an old Civil War song. But instead of giving up the story, Jonah explains he's still running it with Mike's performance -- all because he forgot to say it was off the record.

Back to normal, Selina orders Dan to print any version of her speech because she plans to wing it. Senator Doyle arrives to tell Selina the "beltway is clear" now that she dropped universal childcare. She then snatches Dan's phone to talk directly to SNL executive producer Lorne Michaels, who agrees to drop the latest "Little Selina" if she'll appear in one more sketch herself.

On her way to the stage, Selina bumps into Alicia and Dee and spots Halo for the first time. In front of Doyle, she tells everyone that Halo should be onstage with her as "the face of the future," trapping him into agreement. After Selina makes her speech, Jonah approaches Alicia to get her reaction to Mike's gaffe. But Alicia and Dee, now pleased with the Veep, deny any knowledge of the story. 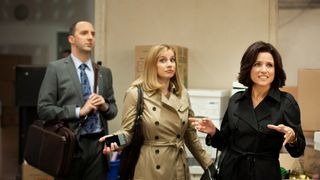 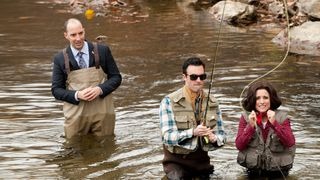 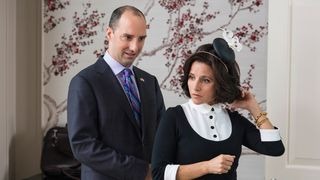 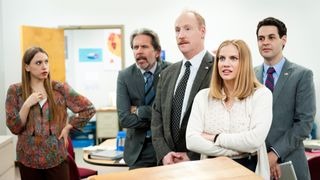 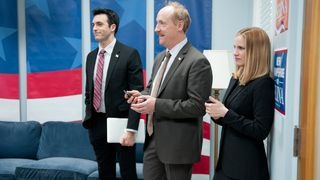 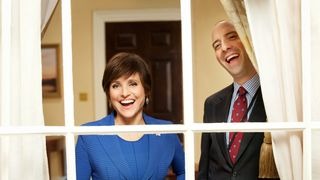