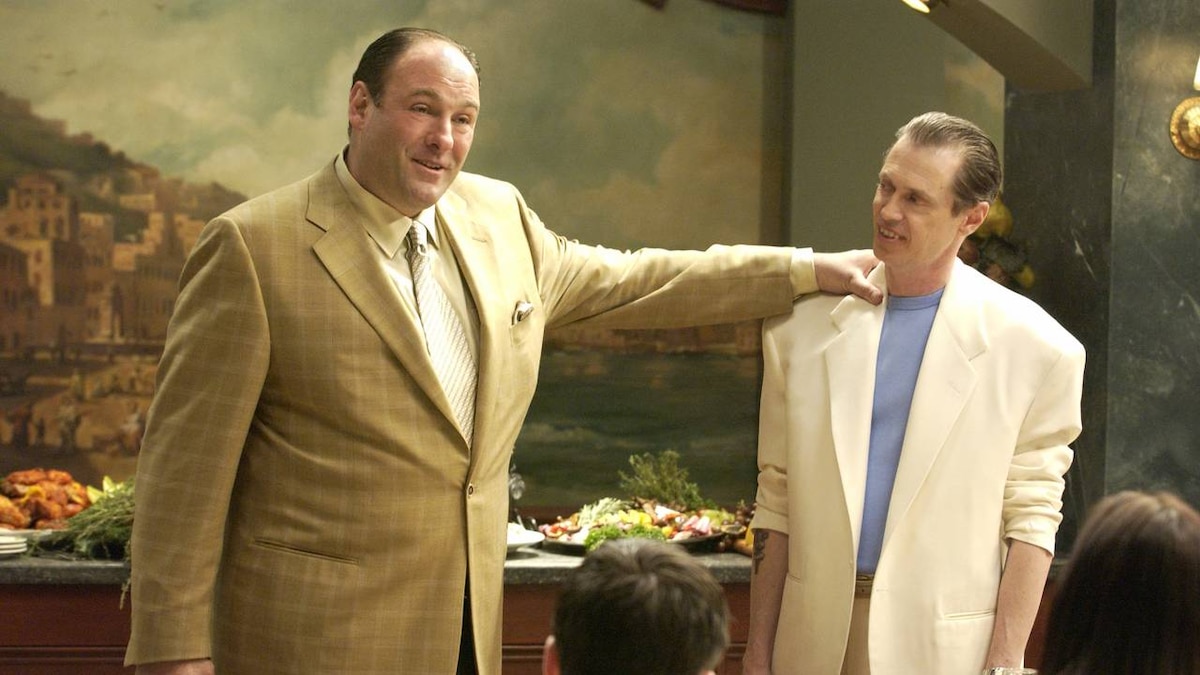 "What kind of person does that? It's like Judas or something. Eating that last supper with Jesus and the whole time he knows they're gonna crucify him. I mean, at least Judas didn't go into any apostle protection program. He hung himself. He knew what he did."

On the eve of the opening of the Museum of Science and Trucking, Tony meets Jack Massarone at Napoleon's Diner. Massarone, as a gesture of "gratitude for all our work together," gives Tony a gift, a garish painting of the Rat Pack, and then gets down to business. He's concerned about the status of their next venture and prods Tony to articulate the details. Tony, as usual, is tight-lipped - which is a good thing, as FBI agents are eavesdropping, courtesy of a tiny microphone in Massarone's cap.

The Feds are intensifying their efforts to get Tony. In addition to Massarone, they've wired Ray Curto and have been pressuring Adriana, who finds the stress increasingly difficult to bear. "I'm being ripped apart here snitching on people," a distraught Adriana tells Agent Sanseverino, "For what? What do I get out of it?" Later, at a girls' night at Carmela's, Adriana has too much wine and almost confesses, but runs away sobbing instead.

Tony, unaware of all this, is focused on the homecoming of Tony Blundetto. The two Tony's grew up together, and Tony Soprano loves his cousin like a brother. So he's more than a little taken aback when Tony B. rebuffs his offer to give him a gig dealing stolen automobile airbags. After fifteen years behind bars, Tony B. wants instead to become a licensed massage therapist. "Look, I been away from all this a long time," he explains, "If I got a shot at staying out and putting shit together, I should take it." So Tony S. gets him a civilian job, delivering linens.

In addition to the change in his cousin, Tony has other shakeups to deal with. Carmela wants to file a separation agreement, and in New York, Carmine Lupertazzi is dead. At the wake, the animosity between Little Carmine and Johnny Sack is as open as the old don's casket. "Fucking Little Carmine," Johnny later vents to Tony, "And after what? Five years in Florida fixing wet t-shirt contests."

Meanwhile, Adriana discovers an upside to being a government informant. When Tina Francesco, her purported best friend, flirts with Christopher one time too many, Adriana has a unique solution - she tells Agent Sanseverino that Tina is an embezzler. Being an informant doesn't work out so well For Jack Massarone, however. Tony finds out about him and shortly afterwards Massarone is found in the trunk of his car, a bullet hole in his head and a golf club cover in his mouth. Later, on the Pulaski Skyway, Tony tosses the painting Massarone gave him out his car window and drives away.