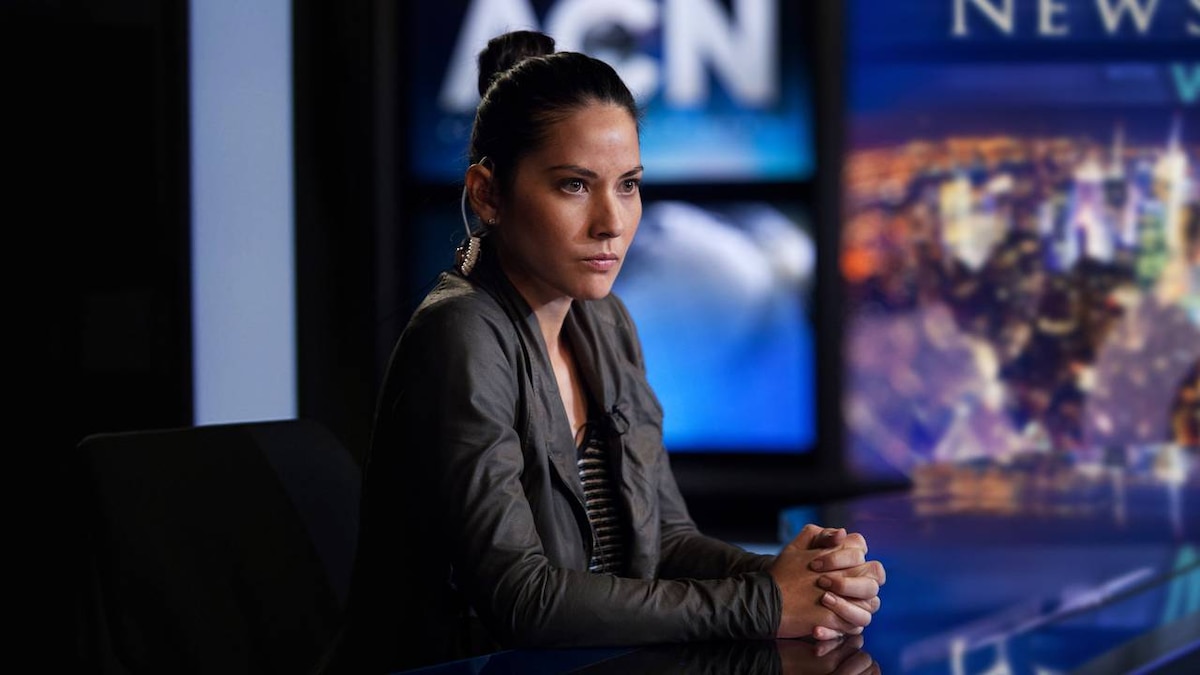 In the middle of the FBI raid on the newsroom, Charlie "orders" the crew to start broadcasting. Don, Jim and Maggie power up the control room while Gary grabs a camera. The ploy works and the FBI agents stand down. Rebecca Halliday negotiates a one week ceasefire with the government while the sides sort things out.

Leona and Reese inform Charlie that in order to raise the money they need to keep the parent company, they'll have to spin off ACN. The news channel will be sold to a libertarian billionaire named Lucas Pruit. The crew is to meet Pruit at the White House Correspondents' Dinner, which Will had publicly vowed to never attend.

At home, Jim reviews Hallie's contract for her new job at the online news start-up Carnivore. Jim is concerned that it offers bonus incentives for reaching certain page view thresholds, but Hallie takes his skepticism as a lack of support and belief in her abilities.

Don meets with Wyatt, the company's HR rep. After dealing with a minor stir between Gary and a staffer – who thinks Gary plays favorites – Wyatt turns his attention to Don. He believes that Don and Sloan are in a relationship, a charge Don denies. After Wyatt leaves, he immediately runs to tell Sloan that they're not in a relationship.

Maggie prepares a segment about the EPA report she received exclusive access to on the train back from Boston. She turns to Jim for help sexing it up, but he's equally unable to make it sound interesting. When the segment airs, the guest Maggie booked is hopeless about humanity's chances for dealing with the climate situation, making for an extremely uncomfortable interview with Will.

The senior staff meets with the Attorney General's representative in Washington to discuss Neal's case. Before offering his assistance, Will asks for an assurance that Neal is safe, and the lawyer informs them that Neal has left the country for Venezuela, a country with no extradition treaty with the United States. Though he's initially cooperative, Will takes exception to the government's lawyer approach and offers little in the way of information about the source, whom he admits to knowing.

Charlie meets Pruit at the Correspondents' Dinner and finds him to be young and difficult. Pruit presents his vision for the network – a vague notion of "disruption" and a hundred different channels of user-generated content. At the dinner, Mac is approached by a woman named Lily, who admits to being Neal's source. She tells Mac to run the story that week or she'll leak it to someone else.

As Will takes pictures with his fans, he's approached by a nervous young man. He presents Will with a subpoena to appear before a grand jury.

Season Three Premiere. Will, Mac and the newsroom err on the side of caution in reporting a breaking story in Boston.

Will tries to protect Neal; Reese's half-siblings look to cash in on a hostile takeover gambit.

Will gets a surprise at the Correspondents' Dinner; Sloan and Don try to keep their relationship a secret.

Will faces a contempt charge; Sloan and Mac try to prevent ACN from falling into Lucas's hands.

Charlie capitulates to Pruit's vision for ACN, while Sloan and Don are determined to undermine it.

6.What Kind of Day Has It Been

In the series finale, a sudden death leads Will and Mac to contemplate their past and future.