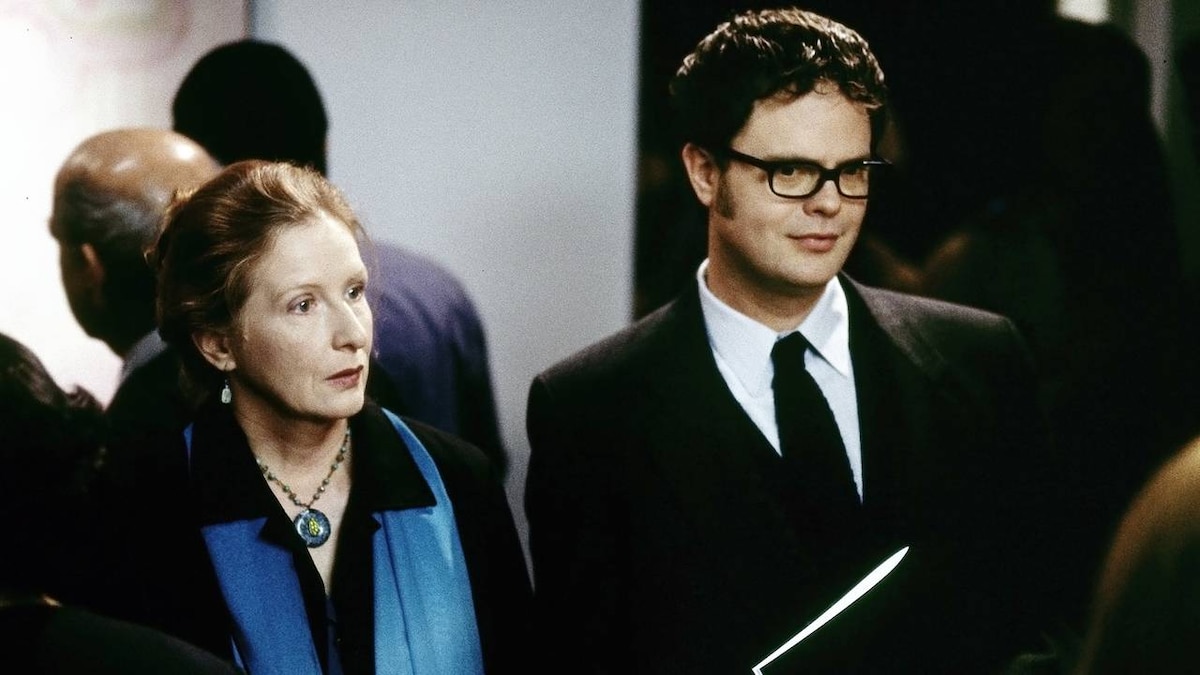 When Fisher & Diaz undertake the funeral of a suicide victim, both Federico and Nate find themselves personally affected. The deceased, Melinda Bloch, killed herself shortly after her boyfriend, Alex Gramm, ended their long-term relationship. When Federico learns that Melinda had been under treatment for chronic depression, he peppers the emotionally shattered Gramm with questions about her illness. Federico can't help worrying that Vanessa - who has been taking antidepressants yet showing no improvement - could end up like Melinda Bloch.

Gramm then relates that he tried several times to end the relationship. "I stayed for years after I wanted to leave," he says, and for Nate his words resonate. He and Lisa have been having weighty discussions about their marriage and, after one particularly agonizing go-round, Lisa asks Nate whether he wants to split up. "Maybe," he tells her, "Yeah. I don't know. Maybe."

At the art show, Claire finds Billy Chenowith talking with Olivier. "He was my best student," Olivier informs Claire. When Olivier dashes off to work the room, Billy tells Claire that while he was Olivier's student he was also sleeping with him. "I had a lot of static around my sexuality," Billy explains, "and it was totally suffocating my work." Later, when Claire discovers that Olivier bought the sculpture that Russell exhibited, she once again wonders whether there's static around her boyfriend's sexuality.

The third party in the relationship is an ongoing concern with David and Keith as well. Following their night with Sarge, Keith would like to invite other men into their bed. During a therapy session, David - to Keith's chagrin - asks Frank, their therapist, whether he thinks three-way sex with strangers is a "healthy couple activity." Frank replies that it's all right as long as both parties are comfortable with it, and David says that he is. But when he and Keith go to a bar to seek their next bedfellow, it's clear that David is not as open to the idea as he claims.

Ruth and Arthur appear to be growing closer. Arthur gladly accepts her invitation to Claire's show and afterward they go to Ruth's room, where they sit on her bed and share some wine. Arthur starts to playfully rock back and forth, bumping into Ruth until he knocks her into a lying position on the bed. Ruth is delighted when he lies down beside her and asks, "Might I remove my glasses?" But then, after some pleasant spooning, Arthur abruptly sits up. "I really should be getting back," he says, leaving a bewildered Ruth to finish her wine alone.

Nate and Lisa attend the art show and are having a horrible time. They've resumed sniping at each other and they run into by Brenda, who immediately recognizes Lisa from the spa. In the ladies room, Lisa confesses to Brenda that she was desperate to find out anything she could about Nate's prior relationship. Brenda tells her that she needn't worry. "I think you'll have him forever," she says, "if you want him." Later, as Nate and Lisa sit inside a sculpture of a plastic pyramid, they decide to start their relationship over again. They will be friends and lovers, without the pressure of pretending to be something they're not. "But what if it's never good?" Lisa asks.