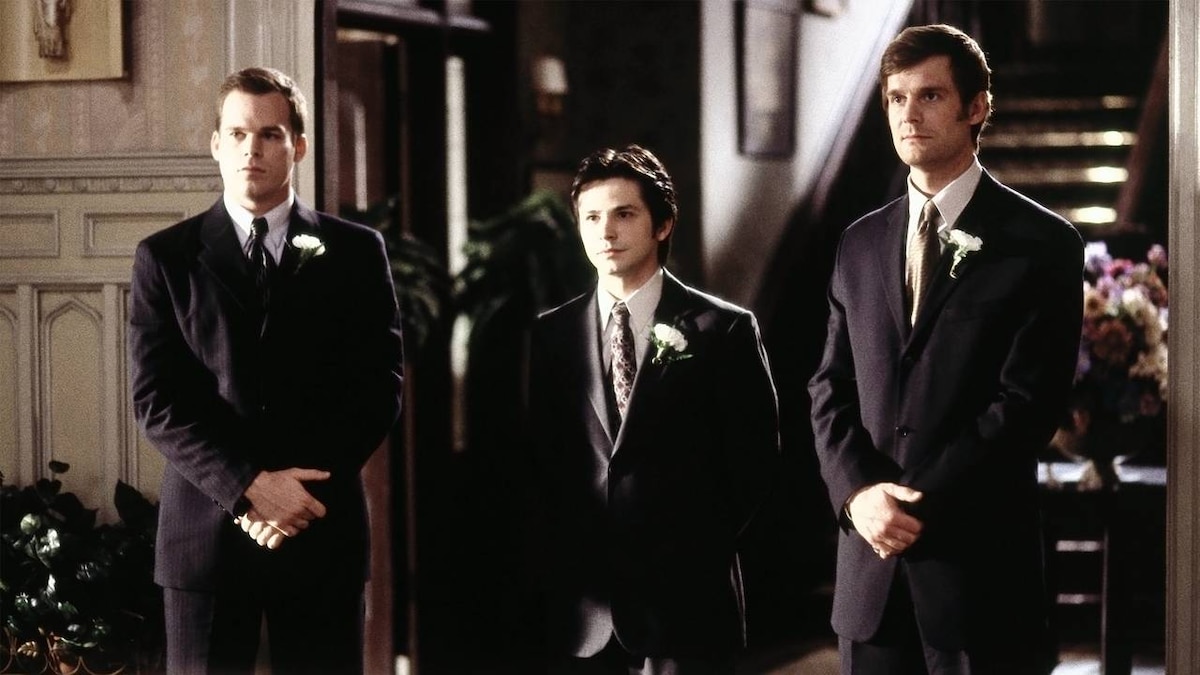 When Ruth brings Arthur's laundry to his room one morning, she ends up delivering more than just bed linens. As Arthur is discussing Petrarch's contributions to history, Ruth suddenly leans forward and kisses him square on the lips. Then, mortified, she dashes out of the room. Later, Arthur approaches Ruth and tells her that he values their friendship very much and that in order to preserve it, she must never kiss him again. "I never will," she promises - then impulsively grabs him and does it again. "I'm out of control," she mutters to herself.

Vanessa is not in full control of herself, either. Although it's been four months since her mother's death, her grief shows no signs of abating, and Federico's frustration is growing. "We spend every Sunday in a graveyard," he tells her and then says something really hurtful: "You act like one of the Fishers." The final straw is when Julio is sent home from school with head lice. Vanessa, seeing that her depression is affecting her family, asks Federico whether he can ever forgive her. "Of course," he tells her.

Forgiveness is the last thing on Keith's mind at the moment. Still smarting from his embarrassing party game performance at Terry's brunch, he decides to get even. He invites David to play paintball with him and his cop friends, and David brings along Terry and another brunch buddy. Keith welcomes the opportunity to get the "fa-la-la mimosa motherfuckers" on his turf. The paint flies fast and furious, and when the battle is finally over, David and Keith invite Sarge - a buff, tough-talking Sargent Rock look-alike - to their apartment for drinks. When Sarge then asks to join them in bed as well, Keith welcomes him and David reluctantly goes along.

Lisa finally comes to terms with the third person in her relationship with Nate. Discussing Brenda with her friend Dana, Lisa says, "I know I'm being compared, but I don't know to what." Dana convinces Lisa to schedule a massage appointment with Brenda under an alias, so that she can check her out. Brenda tells Lisa that although her life hasn't been happy lately, she wouldn't change her current situation - something Lisa is enormously relieved to hear.

Claire also feels that there's a third party in her relationship. One afternoon, when Olivier sends Claire to pick up a sculpture from a woman in Azusa, he insists that Russell remain with him at his house until she returns. The Azusa sculptress is a former assistant of Olivier's, who is surprised to learn that Claire isn't sleeping with him. "Is he having a boy year?" she asks. Later, when Claire is alone with Russell, she asks him whether Olivier tried to seduce him. Russell emphatically answers no, but there is some tension between them.

Meanwhile, at the Fisher house, Ruth decides to take control of the situation with Arthur. She tells him that, for good will, "I choose you." Arthur smiles and replies that there is something he forgot to mention about Petrarch. "He started the renaissance," he tells Ruth. Then, he leans forward and he and Ruth embrace.