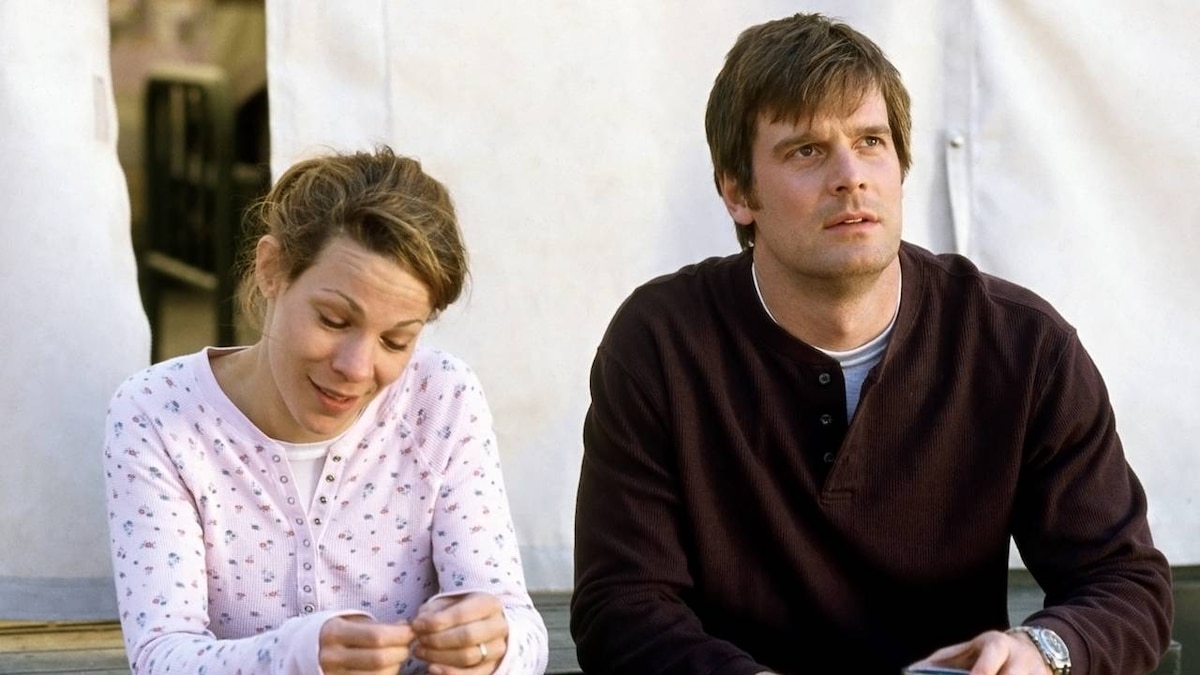 When Nate and Lisa plan a camping trip with friends, Nate is thrilled. "You know," he tells Federico, "in Seattle I was camping every other weekend . . . Nothing I love more than just getting out with my backpack, tent. Where there's nobody." But the trip starts out less than idyllically. Lisa doesn't like to hike and she argues with Nate about the amount of beer and tobacco he wants to consume. To make matters worse, Dana and Todd , despite having a small daughter, are so hot for each other that it's really irritating - and enviable.

Back in suburbia, Claire and Russell have gotten past the awkwardness of their broken date. While they're working on clay sculptures in Claire's room, she tells Russell that his is "totally perfect." Unfortunately, Olivier doesn't share her opinion; he humiliates Russell in front of the class and dismisses the work as "elephant art." Back in Claire's room, Russell is inconsolable - until Claire, on impulse, kisses him. Russell kisses her back. The kissing leads to sex, which Russell later confesses was his first. Claire is pleased with this development, but is a bit upset with David when he tells her he suspects Russell is gay.

As for Arthur, Ruth has gotten over her reservations about him. Although Federico counsels the intern, " . . . don't think just because you're living here you have to do things with the Munsters up there," Arthur often shares meals with Ruth, and she goes out of her way to do things for him. When Arthur mentions that he likes the film "Silent Running," Ruth rents a copy and they watch it together. Later, she launders his handkerchief - she finds it charming that he carries one - then sniffs and whispers into it before placing the handkerchief in his dresser drawer.

Meanwhile, Nate's camping trip is going badly. No one will get stoned or go hiking with him and when he kills a snake that had come close to the children, everyone berates him. He goes off by himself to a spot on a plateau called Suicide Rock, where he falls asleep and has a disturbing dream in which Brenda begs him to kiss her; he does, but then tells her to leave him alone, and she dives off the plateau. Later, he and Lisa have a huge fight in the woods; she accuses him of wanting Maya but not her, and he responds that she won't let him be himself. After a silence, Lisa quietly asks Nate to kiss her. "I want to get better at this," she tells him, "Help me, okay?" They end up on Nate's shirt, on a rock, having the most passionate sex of their relationship. On the drive home, Lisa tells Nate, "God, I've loved you for such a long time." After a moment, he replies: