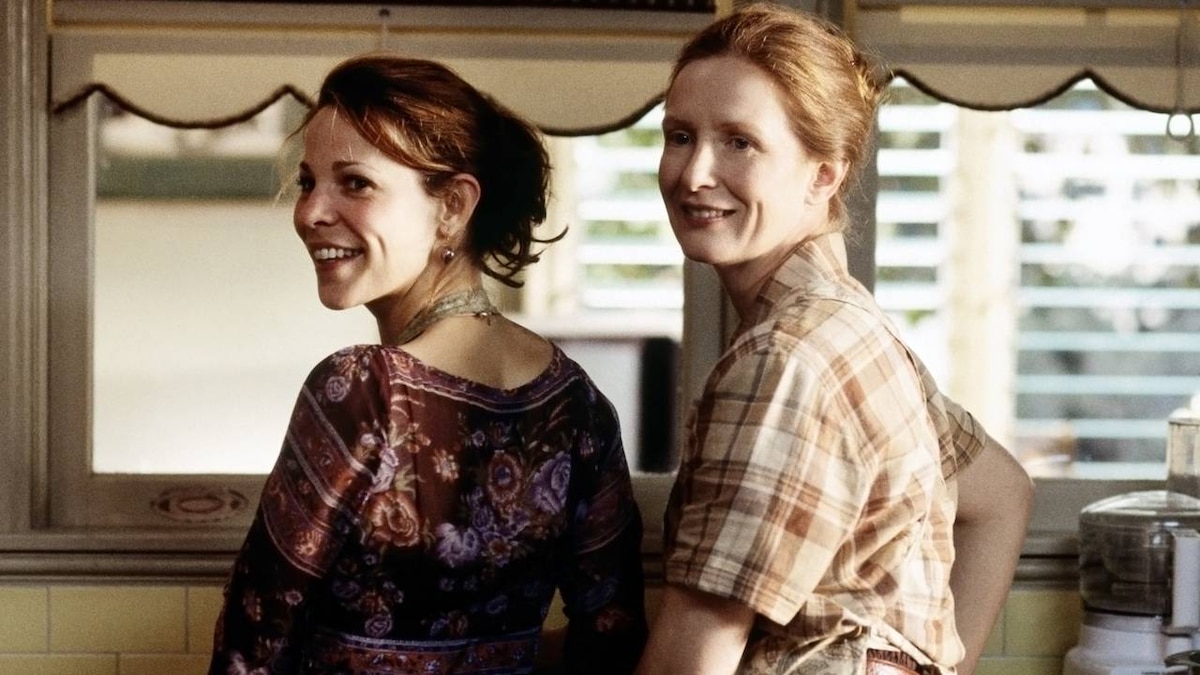 As Ruth's birthday approaches, Lisa decides to throw her a party - despite Nate's attempts to dissuade her. "Maybe your mother likes people to go out of their way on her birthday, but trust me," he tells her, "My mother never wants us to do anything for hers, and we never do. And so far, that's worked out great for everyone."

But the party turns out to be a huge success; Ruth goes so far as to deem it "one of the finest evenings I ever spent." Lisa serves dinner on the "good-good china," much wine is drunk and, despite Ruth's declaration that "we don't dance in this family," everyone ends up doing just that. Everyone, that is, except Nate, who finds the party - and what he perceives as a growing similarity between his wife and mother - unsettling. He goes off by himself and falls asleep. He's visited by Nathaniel, who suggests that it's he and Nate who are truly alike: "You're a funeral director, which you never wanted to be, just like your old man. You married a woman you knocked up because it was the right thing to do. Just like your old man." When Nate protests that he's different because he loves his family, Nathaniel gently replies, "Buddy boy . . .you think I would have stuck around if I didn't love mine?"

Claire doesn't attend the party; she's required to go to a lecture for Olivier's class. Afterward, over beers, Olivier informs her that, "Your talent is epic . . .You could change the world." Exhilarated, Claire spends the night with Russell, discussing art, life and her mistaken assessment that he's gay. The next day a genuinely happy Claire tells Ruth, "I just got like, this glimpse of what might be possible."

On that same day, David also gets a glimpse of what might be possible. A client tells the mourners at his lover's funeral, "I never thought I would be in a relationship at all . . . that no one could possibly love me enough to stick around. But Bob stuck around. And so did I . . . It wasn't always easy, and it wasn't always fun . . .But it was always worth it." When David goes home, he breaks down and tells Keith that he wants them to stay together. As Keith tries to comfort him, David quietly sobs, "I just want it to be worth it."