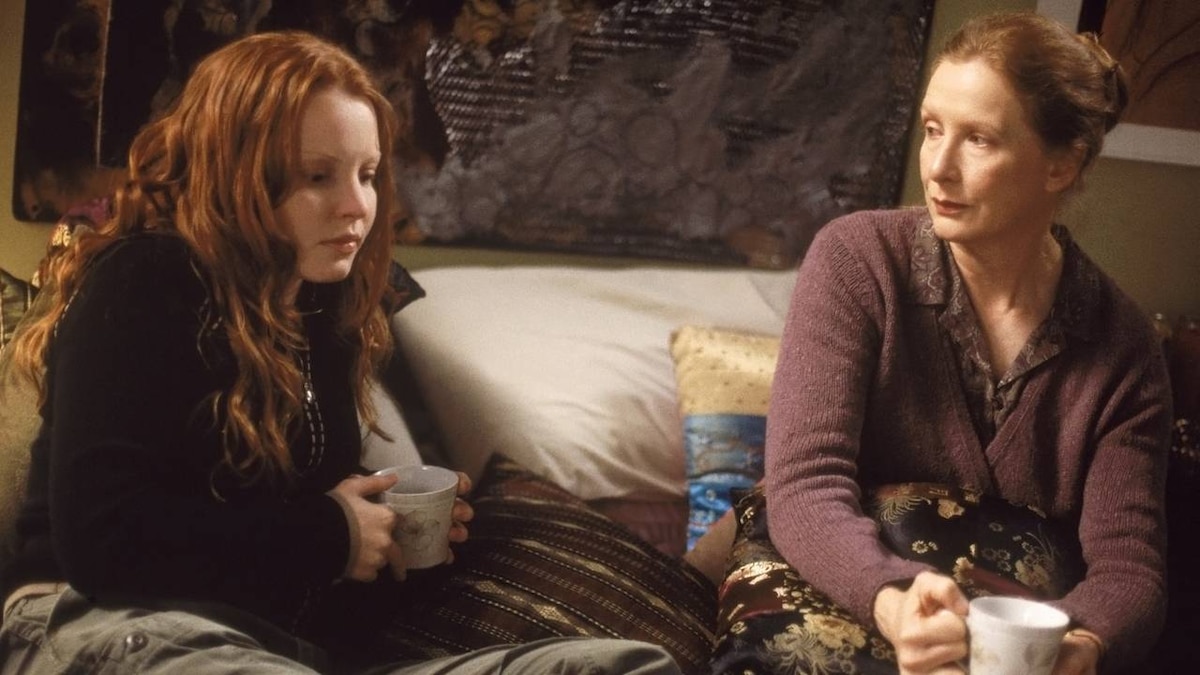 "I need to tell you something."

When Russell says this, Claire knows immediately that it's not going to be good - and she's right. Her fears about Russell and Olivier are finally confirmed: the day Olivier sent Claire to Azusa, he and Russell had sex. Hurt and angry, Claire tells Russell that she doesn't want to see him again. Heartbroken, she finds solace with her mother, who has just suffered her own romantic disappointment. Frustrated with the progress - or lack of it - of her relationship with Arthur, Ruth asked him whether he's ever had sex. When Arthur replied, "I think I have...in a sense," and changed the topic, Ruth realized that they are not meant for each other. As she and Claire commiserate over cups of tea, Ruth sums up their situation: "I guess we all want to be loved. It's hard to say no to that, no matter who it's coming from."

David also experienced an eye-opening disappointment. While he and Keith are in San Diego for the funeral of Keith's great aunt, Keith had a violent confrontation with his father. David attempted to intercede, but was bluntly informed that it isn't his place. "This is my family," Keith snarls, "Keep out of it." David quickly exits the Charles' house and when he arrives at the L.A. Greyhound station, Patrick is waiting for him. "I got your message," Patrick says, "...I'll take you home. You can tell me all about it."

For the Diaz family, however, things briefly appeared to be improving. Vanessa was her old self again; she and Rico had resumed their sex life and Vanessa had even enrolled them in a dance class. Federico was impressed with the pace of his wife's rehabilitation - until he discovered that it was, literally, a speedy recovery; Vanessa had been supplementing her prescribed medication with drugs she took from the hospital. At their dance lesson, Vanessa's drug cocktail finally took full effect. Her heart started to race and she nearly collapsed on the dance floor. When Federico saw how many different pills she had in her purse, he was as shocked and frightened as he was disappointed.

Brenda and Billy are suffering setbacks as well. Brenda has been staying at Billy's apartment, genuinely enjoying her time with him. But one night, as they're watching a "Nathaniel and Isabel" video, Billy becomes distraught. When Brenda comforts him, he kisses her; affectionately at first, but then his actions become sexual. Horrified, Brenda grabs her purse and sweater and runs out the door.

She ends up at the Fishers' coach house, where Nate is alone with Maya; Lisa has gone to spend a few days with her sister in Santa Cruz. Brenda tells Nate, "...there was a voice inside my head from the very beginning saying, 'Don't move in with Billy.' And what do I do? I move in with Billy. I'm so self-destructive." Nate contends she's being too hard on herself, telling her, "...you're a good person who deserves to be happy." They embrace and the physical contact quickly becomes passionate. Brenda pulls away, telling Nate, "I'm so sorry. I'm worse than Billy." She leaves and checks into a motel.

Once again alone with Maya, Nate picks up the phone and calls Lisa's sister. She gives him some unsettling news: although it's been several hours since she started out, Lisa hasn't yet arrived. And, when Nate calls Lisa's cell phone, there's no answer.