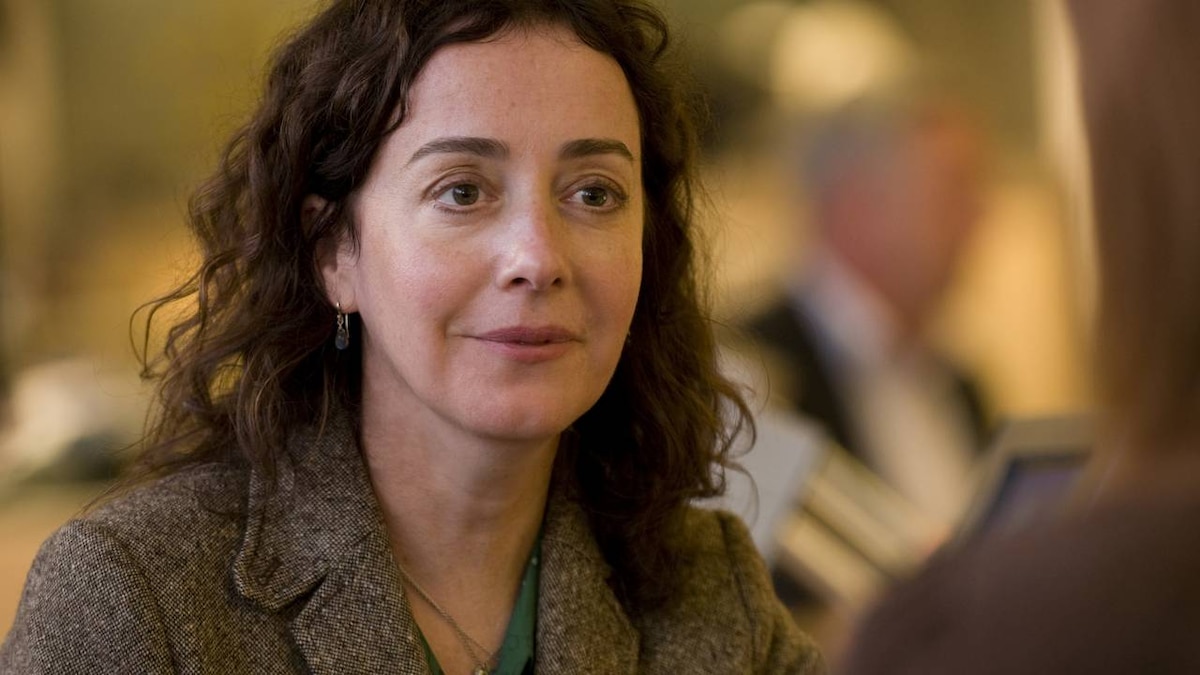 'This Is America' or 'Fifty Bucks'

Darby tries to suss out Damon's and Powell's relationship status as they navigate a climbing wall. Jessica cheers them on from below and apologizes again to Ronnie, insisting she doesn't care about his money. Wanting everything to go back to normal, Ron insists she go shopping at the sale he spotted at her favorite store.

Lenore calls Tanya for lunch and lets her have it for using her name to solicit Patty as a client. Lenore books a session with Ray - cash up front - and has him meet her after hours at the store where she "works." Before getting down to business, she gets him to try on a designer suit and gives him a lesson on branding, explaining that he shouldn't be lowering his price in this economy, he should be raising it. During sex, when she asks him to "diversify" he demands a surcharge. As she coaches him through the session, she begs him to team up with her: He's a major league guy playing on a minor league team.

Lenore spots Jessica at the sale and seduces her into abandoning the sale rack, explaining that as a life stylist she gets a fifteen percent discount. Ronnie is furious when he discovers Lenore and Jessica unpacking all of her purchases, and Lenore coaches an upset Jessica to remember: She has the power.

Meanwhile Tanya continues to strike out finding new clients who can afford Ray but when she raises it with Ray, he relays Lenore's advice. Not trusting Lenore, Tanya orders Ray to stop talking to her. When assistant coach Mike worries their jobs are in jeopardy, a cocky Ray insists they're safe: Everyone loves sports.