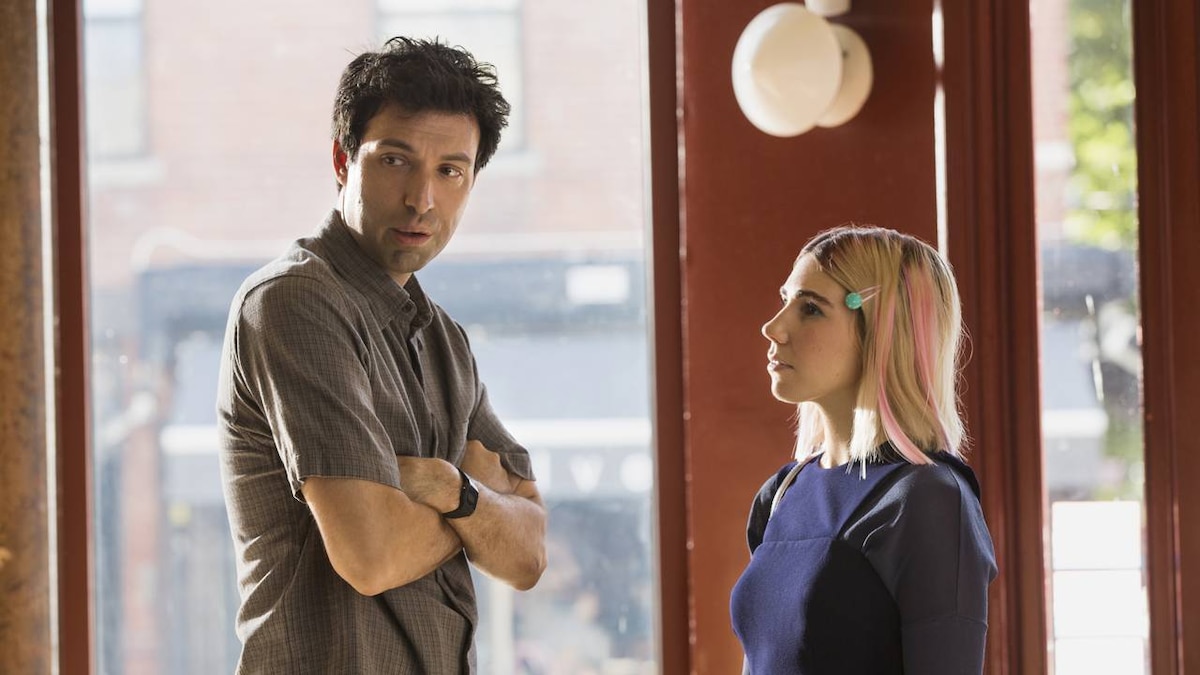 While Hannah gathers Fran's things, he yells at her for driving him crazy in their relationship. Hannah reminds Fran that he doesn't even like her. Fran says it doesn't matter that he doesn't "like" her -- he loves her.

Shoshanna goes to see Ray and learns that Helvetica has taken all of his business. She kicks into high gear to figure out how to rebrand Ray's, and goes to Helvetica to take notes on the atmosphere. When she returns, she gives Ray and Hermie her assessment: "That place is going to turn into a Manson Family situation any day now. I am deeply uncomfortable with what I have seen." She proposes that Ray's become a destination for the anti-hipster.

Elijah decides to ask Dill to commit to their relationship. Going to the studio where Dill works, Elijah gives a heartfelt speech, asking, "Don't you want to be with someone who sees you for you?" Dill is very moved, but he says that he is looking for a special someone and Elijah isn't that person.

Marnie meets with Desi to figure out how they can put the past behind them and move forward as musical collaborators. Tandace interrupts their conversation after eight minutes, warning that if he and Marnie talk any longer, it would mean "re-immersion" for Desi.

Hannah tenders her resignation to Principal Toby and apologizes for flashing her vagina at him. He tells her it's all water under the bridge. Walking away from the school, Hannah runs into her old Oberlin classmate Tally Schifrin. Over hot dogs, Hannah tells Tally that she doesn't write anymore and also reveals that Adam might be the only person she ever loved.

Back at Hannah's apartment, Hannah and Tally share a joint. Hannah admits that she has always measured her own achievements against Tally's success as a writer. Tally reveals to Hannah that, despite appearances, she's actually deeply unhappy: "I need to see how other people see me, because it's the only way that I can see myself." Walking Tally out, Hannah runs into Adam and Jessa as they head to Laird's apartment. Hannah and Tally collapse on the stairs in a fit of hysterical laughter.

After having a "love dream" about Ray, Marnie heads to his apartment and tells him she's in love with him. In typical Marnie fashion, she adds, "It can't be you. It just can't. It can't be you." To which Ray responds, "I think it might be me, Marn. I really do."