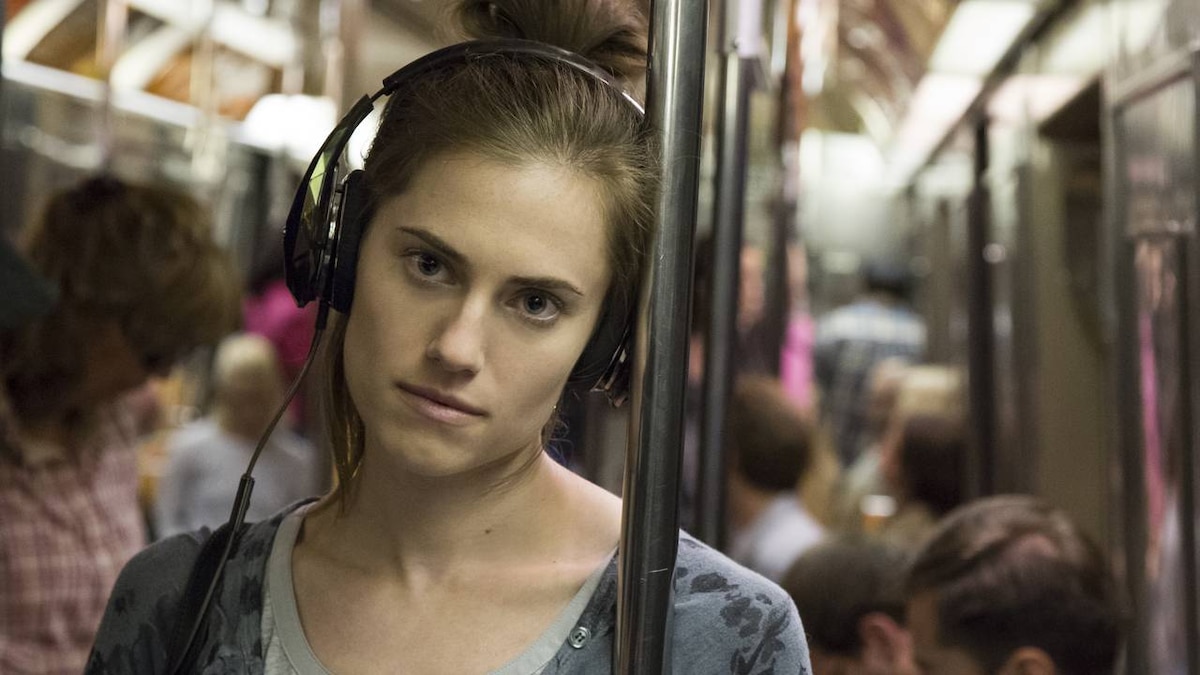 The Panic in Central Park

After a fight with Desi, Marnie leaves their apartment to get some space. She walks past a group of guys who cat call her, and Marnie realizes that one of them is Charlie. When Marnie rushes away, Charlie follows after her. He reveals that he was going through a pretty messed up time when he left her -- his dad killed himself. When Charlie asks Marnie to go to a party with him, she agrees. Charlie takes her first to a vintage clothing store to purchase a glitzy red gown for her to wear.

The "party" ends up being a high society event at The Plaza Hotel, where Charlie meets up with a wealthy guy to sell him some coke. When Charlie goes to the bathroom, the guy asks if Marnie would "join" him and his date upstairs after the party. Marnie tells the guy that she's $300 cash upfront, plus a $200 fee since she's going above the 10th floor and is afraid of heights, plus another $100 for a "gown rental fee." The guy gives Marnie the cash before she and Charlie hustle out of the hotel.

Charlie tells Marnie that he knew it was a bad idea to bring her along, saying that this really isn't her scene. Marnie responds that he has no idea what her scene is anymore. The two end up at an Italian restaurant, where they gorge themselves on food and wine.

Walking through Central Park after dinner, Marnie and Charlie steal a rowboat. When they lean in to kiss each other, the boat tips and they end up falling into the water.

On the way back to Charlie's apartment, the two are held up at gunpoint by a young kid who makes off with Marnie's bag and her engagement ring. When they get to Charlie's new place (a far cry from his quirky Red Hook apartment), they fall into bed and talk about running away together and opening up a general store.

After having sex with Charlie, Marnie takes a shower in the floor's communal bathroom. Marnie runs into a female neighbor who's had a bad night -- she was kicked off the back of her girlfriend's motorcycle on the BQE and had to walk home. The girl tells Marnie, "I can't have one more fantasy busted open. I swear to god, I can't fucking take it."

Back in Charlie's room, Marnie starts to fold his clothing that he tossed on the floor, and a heroin needle falls out of his jeans' pocket.

Still in her red gown, Marnie walks barefoot back to her apartment, where she finds Desi waiting for her in the stairwell. She admits that she doesn't want to be married to him. Desi tells Marnie that she should be on her own if she wants, but warns it's not going to turn out so great -- she'll probably end up murdered. He then bursts into tears.

Marnie goes to Hannah's place, where she climbs into bed and falls asleep beside Hannah and Fran.