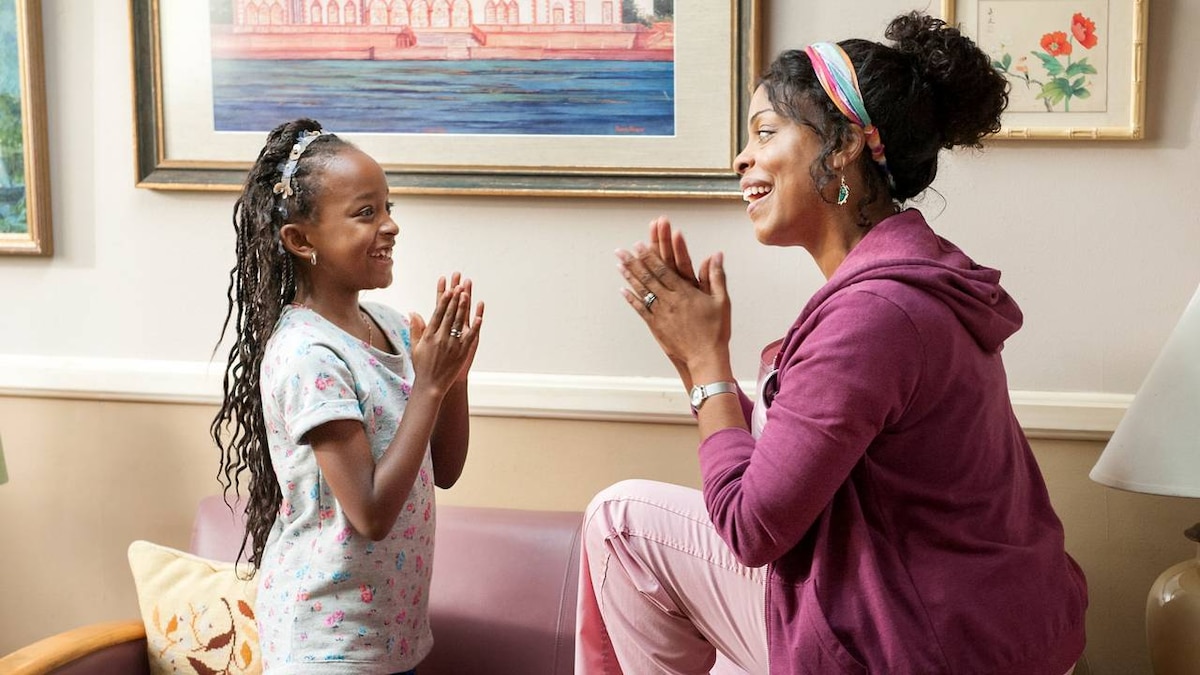 Am I Still Me?

Dr. Jenna James arrives at the hospital, smartly dressed for her symposium that afternoon. She believes she's a shoo-in for the coveted Helen Tillman prize for geriatrics that will be given that evening.

After reviewing schedule updates and changes, Patsy announces to Dawn and DiDi that he's joined an all-male cheerleading league -- because, he explains, he's gay.

Dr. James visits with Birdy Lamb on her rounds. DiDi informs her that Birdy's health continues to decline due to pneumonia, and she's been "out of it" as a result. Dr. James then visits with DiDi's mother-in-law Viv and informs the family that Viv has two major infections, including a UTI she fears will go septic.

Dr. Pippa Moore, a British doctor, arrives for the symposium. Dr. James offers to take her on a tour of the ward, and the two women find that they have a good deal in common. Meanwhile, Dr. Moore's nurse, Denise Flixster, meets Dawn at the buffet. The two women bond over their various medical issues, recent breakdowns and difficult working relationships with their respective bosses.

Darnell Ortley and his family worry about Viv's declining health and insist to DiDi that they need to get Viv into boarding care before she picks up any more germs. DiDi argues that she's at risk of losing her job and her medical license if she goes against Dr. James' orders.

Jenna calls her husband Richard to share her excitement about the symposium, and he informs her that her mother just died. Jenna takes a solemn walk through the ward and is confronted by Dr. Stickley. He tells her that he's been trying in vain to reach her -- they're meeting to discuss ward closures, including Billy Barnes.

Denise introduces herself to Dr. Rudd, telling him that she finds him "delicious" and that she's game for anything sexual he might like to do. She writes down her hotel and tells him she's free that evening if he's interested.

Waylan and Yvette ask Dr. James to release Viv, but Dr. James refuses, claiming that to do so would be "elder abuse." DiDi "catches" the trio in Dr. James' office and promises to talk sense into her brother- and sister-in-law. Back in Viv's room, DiDi congratulates them for a job well done -- they should be able to sneak Viv out without DiDi losing her job.

At her symposium, Dr. James learns that Dr. Moore is also up for the Helen Tillman award -- for her work "in" geriatric stool. Jenna looks at Moore's work and complains to Dawn that the doctor stole from her research.

During dialysis, Dawn's doctor tells her she's thriving. While transplants get all the glory, he says, Dawn has proven to be an ideal patient for dialysis. After he leaves, Dawn rips the port out of her arm. She heads back up to extended care where she spots Denise going down on Dr. Rubb in an office.

After confronting DiDi for removing her mother-in-law from the ward, Dr. James finds Dr. Rudd at the symposium reception and puts her hand down his pants. He tries to explain that he can't get an erection because of his other recent encounter, but Jenna misunderstands and thinks he's not interested in her.

Alone in the ward, Birdy hallucinates a version of herself standing in the doorway telling her to leave. DiDi joins Birdy a short while later and, realizing that she's dying, hands her one of her coveted oranges and comforts her as the old woman takes her last breaths.

As the Helen Tillman prize is announced, Dr. James strides confidently towards the podium, only to hear Dr. Moore's name called. After the award is handed out, Jenna accuses Dr. Moore of stealing her work and vows to appeal the decision.

1.This Is About Vomit, People.

Dr. James is threatened by a new doctor; DiDi fights for her rights; Dawn gets unwelcome news.

The staff deals with an infectious disease crisis; DiDi faces a family drama; Dr. James is affected by a patient with a complicated past.

Dr. James and Dawn meet their UK counterparts; Patsy embraces his truth; DiDi is caught between work and family.

5.Please Partake Of A Memorial Orange

Series finale. As the staff struggles to stave off the closure of Billy Barnes, an inadvertent oversight seals the fate of the ward.