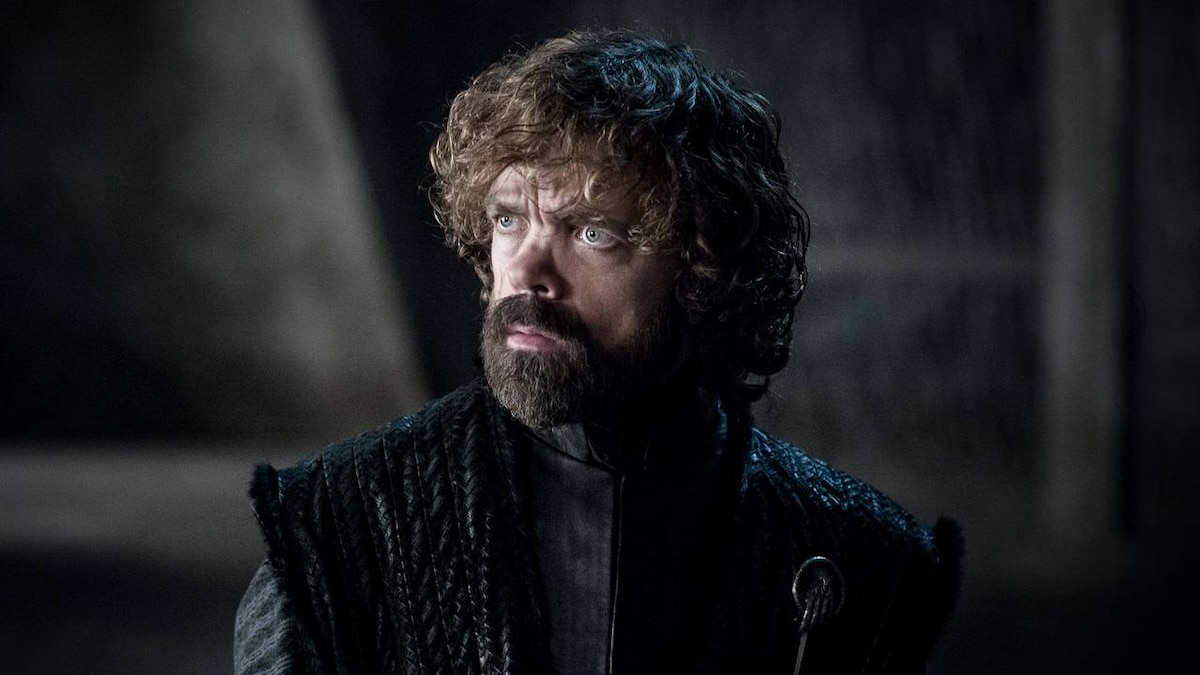 Alone in his chambers, Varys writes a letter about the true heir to the Iron Throne. Soon after, he meets Jon Snow on the beaches of Dragonstone and tries to convince him that he should be the one to sit on the Iron Throne. Jon remains steadfastly loyal to his queen. After witnessing Varys and Jon's exchange from afar, Tyrion informs Daenerys about Varys's treason. Grey Worm escorts Varys from his room in chains and presents him to Daenerys. She sentences Varys to death by dragonfire after Tyrion admits his own betrayal to his friend.

"I don't have love here. I only have fear." – Daenerys Targaryen

Daenerys gives Grey Worm Missandei's collar, the only possession she carried across the sea to remember where she came from. He tosses it into the fire. Daenerys speaks with Jon and reminds him that treacheries like Varys' are exactly what she warned would happen should anyone know Jon's true identity. Looking for love and comfort, she kisses him, but he pulls away.

Tyrion protests Daenerys' plan to attack King's Landing and end thousands of innocent lives, but the Dragon Queen has made her decision and orders Grey Worm to wait for her outside the city. Tyrion begs for a caveat — that she will spare the city if it surrenders — and she hesitantly acquiesces. She finally informs Tyrion that Jaime was captured trying to cross enemy lines, and that any future mistakes will be Tyrion's last.

"You were the only one who didn't treat me like a monster." – Tyrion Lannister

Daenerys' soldiers prepare for their fight at daybreak. Tyrion finds Jaime and frees him, pleading with his brother escape with Cersei through the tunnels beneath the Keep and ring the bells to signal the city's surrender. The brothers share an emotional farewell.

The people of King's Landing flood through the gates of the Red Keep. The Hound and Arya make it inside before the doors close, but Jaime finds the gates barred and searches for another way back to Cersei.

Outside of the city walls, Harry Strickland and his Golden Company face the Unsullied, Northern soldiers, and remaining Dothraki. Tyrion, still hoping for as little bloodshed as possible, reminds Jon that if the bells ring, it means the city has surrendered.

Euron Greyjoy and his Iron Fleet await battle in Blackwater Bay. Holding nothing back, Daenerys attacks on Drogon, quickly destroying the ships. Euron leaps into the sea. Daenerys' path of destruction takes her to the battlements and city walls, breaking through the barriers and eliminating much of the Golden Company in the process. Grey Worm and his men charge, and the Unsullied leader makes an easy kill of Strickland.

Cersei watches the walls burn from the Red Keep. Qyburn reports the Iron Fleet has been overcome and the scorpions destroyed; they have no means of killing the dragon.

The city gate breached, Grey Worm, Jon, and their men enter King's Landing and come face-to-face with the Lannister soldiers. The Lannister army drop their swords in surrender. Daenerys, Tyrion, and the others wait for the bells, which finally ring to signal the Lannister defeat. Ignoring them, Daenerys takes off in the direction of the Red Keep destroying anything and everything in her path, including the innocent civilians below. Grey Worm throws a spear at an unarmed Lannister soldier, inciting the rest of the men to charge. Amidst the chaos, Jon unsuccessfully attempts to restrain his men, but the madness of the battle takes hold.

"If I win, I'll bring your head to Cersei so you can kiss her one last time." – Euron Greyjoy

Jaime reaches the beach near the Red Keep's secret entrance. Euron emerges from the water to taunt the Kingslayer into a fight. The men struggle brutally as Drogon flies overhead, blasting the castle with flames. The Red Keep begins to fall. Stabbing Jaime multiple times, Euron believes he has won, but Jaime refuses to give up. Jaime drives his sword into the Greyjoy. Pleased with himself for giving the infamous Kingslayer wounds likely to be fatal, Euron smiles up at the sky as he dies.

Having made their way to the Map Room, the Hound urges Arya to go back. He reasons Cersei is dead no matter what. "You want to be like me?" he asks, urging her to not to give her life for vengeance. Arya thanks Sandor, and leaves.

Qyburn convinces Cersei to take refuge; the crumbling castle wipes out her guards as they move to safety. The Hound appears and locks in on his brother. The Mountain ignores Cersei's commands and tosses Qyburn aside, killing him. Terrified, Cersei rushes past the Cleganes, leaving them to their fight. The Hound stabs the Mountain through the middle, but Ser Gregor is relentless. Mimicking his fatal move on Oberyn Martel, Gregor damages Sandor's eyes, leaving him bloodied and bruised on the ground. As the Red Keep collapsing around them, the Hound tackles his older brother, sending them through a wall of the tower and down to the flames below.

On the streets of King's Landing, Jon orders his men to fall back. Drogon flies overhead and the city burns. Arya finds herself in complete mayhem. Covered in ash and utterly alone, Arya fails to rescue a woman and her daughter before spotting her only chance of escape: a horse. She climbs on top of the beast and rides out of the city.

"Nothing else matters. Only us." – Jaime Lannister

Cersei and Jaime find each other in the Map Room. She's shocked he has returned, and concerned about his wounds. Jaime leads them underground, but the collapsing castle has sealed the exits. In tears, Cersei says she doesn't want to die. They clutch one another as the walls fall around them.

2.A Knight of the Seven Kingdoms

Jaime argues his case before a skeptical audience.

Arya looks to prove her worth as a fighter.

4.The Last of the Starks

In the wake of a costly victory, Jon and Daenerys look to the south as Tyrion eyes a compromise that could save countless lives.

Daenerys and Cersei weigh their options as an epic conflict looms at King’s Landing.

Series finale. The fate of the Seven Kingdoms is at stake as the final chapter of Game of Thrones is written.