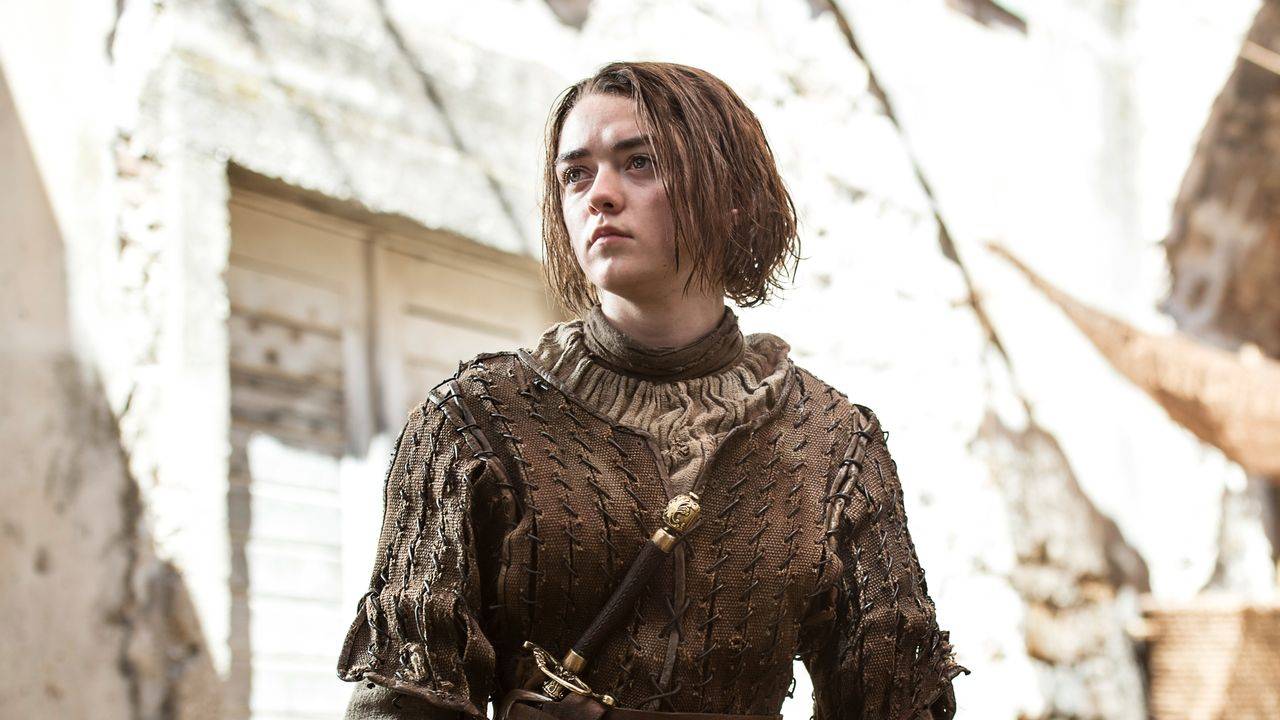 The House of Black and White

Arya Stark sails beneath the statue of the Titan into Braavos. The ship's captain steers through the city's bustling canals to a plain building. "The House of Black and White," he explains. "This is where you'll find the man you seek." Arya knocks and asks for Jaqen H'ghar, but the man at the double doors dismisses her. With nowhere else to go, Arya sits outside the House of Black and White, reciting her kill list. Ultimately she gives up, tosses Jaqen's coin into the water, and wanders the streets. A gang of men threaten her, only to scamper away when the man from the House of Black and White approaches her. Arya follows him back to the temple, and he flips the same coin she tossed away into her hand. "You lost this," he says, changing his face and revealing himself to be Jaqen H'ghar. Arya accuses Jaqen of lying, but he tells Arya he is "no one… and that is who a girl must become." Arya follows him inside.

Brienne of Tarth and Podrick Payne dine together at an inn, not realizing that Petyr Baelish and Sansa Stark are eating under the same roof. Over their meal, Sansa asks Littlefinger about the scroll he received at Runestone. "My marriage proposal has been accepted," he says.

After Podrick spots Sansa, Brienne instructs him to ready the horses. She approaches Sansa to explain herself and offer her service. Littlefinger notes that Brienne was Catelyn Stark's sworn sword and a member of Renly Baratheon's Kingsguard. "Why would I want someone with your history of failure guarding Lady Sansa?" he inquires. Sansa rejects Brienne's offer. As Brienne turns to leave, Littlefinger's guards block her path. She fights through, escaping with Pod on horseback. When Pod's poor equestrian skills leave him stranded, Brienne overpowers two assailants to save his life. Pod suggests that Brienne is released from her vow to Catelyn Stark, but Brienne won't give up: Sansa isn't safe with Littlefinger.

Cersei Lannister summons Jaime to show him a box she's received. Inside, a stuffed Red Viper holds Myrcella's necklace in its jaws. Cersei is both unnerved and unsurprised by the threat – Dorne blames the Lannisters for the deaths of Oberyn and Elia Martell. Acknowledging his sister's distress, Jaime makes a promise: "I'm going to Dorne. And I'm bringing our daughter home."

Jaime visits Stokeworth, where he pulls Ser Bronn of the Blackwater away from his fiancé, Lollys. The Kingslayer informs Bronn that his engagement has been dissolved – but promises him a better match after he and Jaime return from "as far south as south goes."

In the Water Gardens of Dorne, Ellaria Sand looks on as Myrcella Baratheon spends time with her fiancé, Trystane Martell. She demands an audience with Prince Doran Martell and calls on Doran to avenge his brother's death. When Doran is unmoved, Ellaria informs him that she has the backing of the Sand Snakes, Oberyn's bastard daughters. She begs him to turn Myrcella over to her but Doran is resolute: "We do not mutilate little girls for vengeance," he tells her.

After Daario Naharis and Grey Worm uncover a Son of the Harpy, Daenerys Targaryen's council debates the man's fate. Barristan pleads for a fair trial while the freed Meereenese slave, Mossador, insists Dany put the man to death. When it comes to the former masters, Mossador asserts, "All they understand is blood."

Dany dismisses her advisors, but Barristan asks for a word – and tells her about her father, the "Mad King." For the first time, Dany learns the truth about the cruelty and chaos of her father's reign. Barristan explains that Aerys "gave his enemies the justice he thought they deserved… until the very end." Dany decides that her only recourse is to give the Son of the Harpy a fair trial.

Mossador defies Dany's order and executes the man. Brought before the queen, he tells her he did it for her, to save her reputation and protect her people. Unwavering, Dany sentences him to death: "The law is the law." A crowd gathers to witness Mossador's execution, and Dany is rushed away by the Unsullied when riots breaks out as both freedmen and masters alike express their displeasure. Crestfallen, Dany retreats to her pyramid. She steps out onto her balcony and finds Drogon. She reaches for her child, but he flies away.

Tyrion Lannister and Varys are traveling to Volantis, en route to Meereen to meet Queen Daenerys. Tyrion is anxious to step outside their covered carriage, but Varys reminds him that Cersei has put a bounty on his head. The men discuss their past positions in the capital, and Tyrion admits that he enjoyed the power he wielded as Hand of the King, which was why he rejected Shae's suggestion that they leave King's Landing. Varys tells his friend that neither of them would be satisfied without authority.

Two men bring Cersei Lannister the head of a dwarf. She's disappointed it's not her brother, but donates the head to Qyburn's lab. Cersei presides over the Small Council and doles out new titles on Tommen's behalf: Qyburn is named Master of Whisperers, and Mace Tyrell takes on the additional title of Master of Coin. When Cersei appoints her uncle Kevan as Master of War, he rejects the offer. "I did not return to the capital to serve as your puppet," he says, emphasizing that Tommen should attend the meetings himself. Kevan reminds Cersei she's nothing more than Queen Mother, and he decides to return to Casterly Rock.

Princess Shireen Baratheon joins Samwell Tarly and Gilly in the Castle Black library to offer reading lessons to the wildling. Shireen reveals she learned to read at a young age – her greyscale kept her inside. Gilly's sisters also suffered from the disease: "They were covered with it," she recalls, "They acted like animals." Selyse Baratheon breaks up the group and warns her daughter to stay away from Gilly.

Jon Snow stands before King Stannis Baratheon to defend his act of defiance; no matter how Mance died, the wildlings will only ever follow one of their own. Stannis admits the Northerners have also proved resistant. With that in mind, Stannis makes Jon an offer: if Jon will agree to help Stannis win the North, Stannis will legitimize him as Jon Stark, Lord of Winterfell. Jon confides to Sam that the proposal is something he once dreamed of… but he will refuse it.

The Night's Watch holds its 998th election. Janos Slynt speaks for Alliser Thorne, who's running against the elderly Denys Mallister. Just as voting is about to commence, Sam surprises everyone by speaking for Jon Snow. Confidence shaken, Thorne brings up Jon's loyalty to the wildlings. Ballots are cast, and with Aemon serving as the deciding vote, Jon is named Lord Commander. 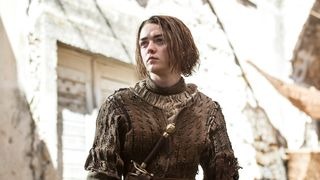 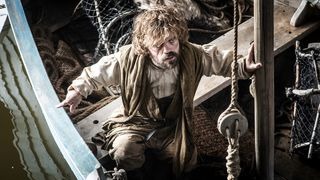 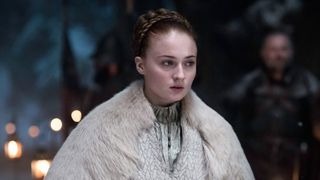 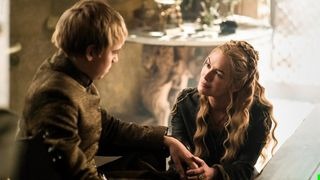 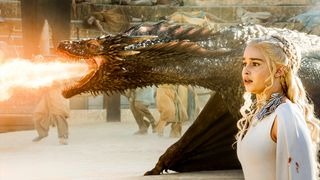 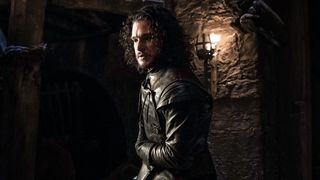