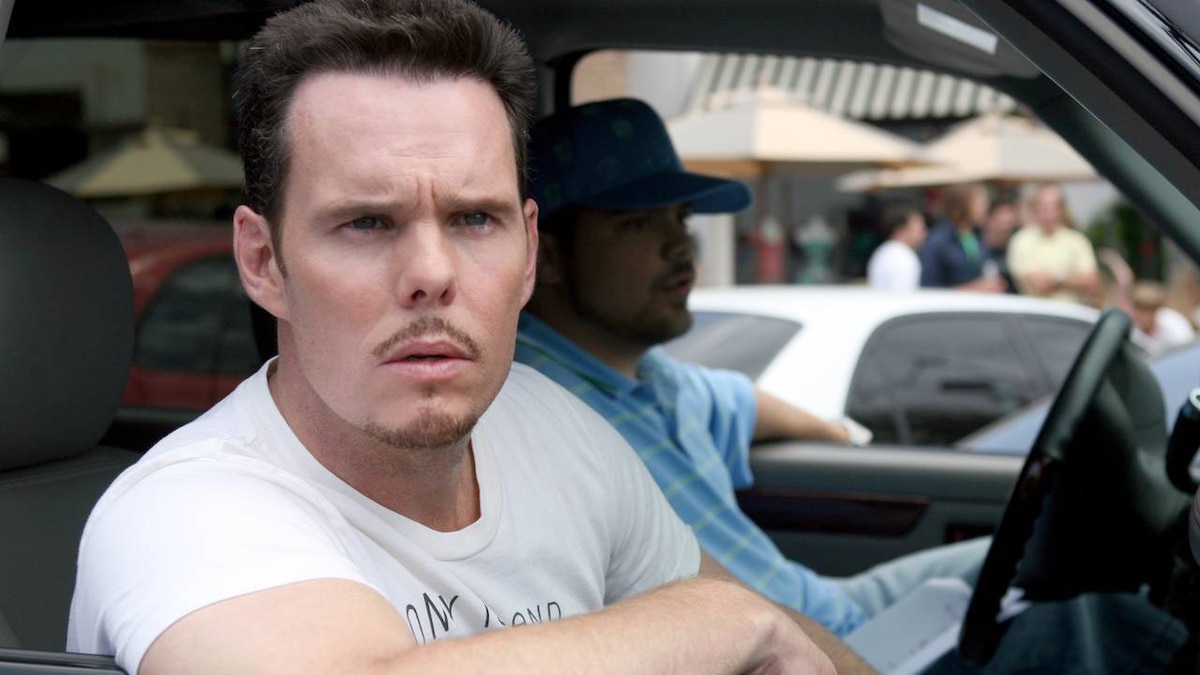 Vince and Amanda are still glowing in their post-hookup bliss, but they resolve to continue on with their professional relationship as if nothing had happened. The pair very good at hiding their attraction, and E quickly realizes what is going on. Concerned about what the situation will do to Vince, E lets Amanda know how he feels about the affair.

Pauly Shore has a new hidden camera show, "Gotcha," and word gets to Drama that he's going to be surprised by a filmed prank. So when Drama has a run-in with UFC Champion Chuck Liddell later that day, he assumes it's part of the show and plays it up for the imagined cameras by getting tough with the MMA superstar. Liddell is about to drop when fate intervenes and Drama is spared. Unfortunately, the real "Gotcha" involves a troop of money-grubbing girl scouts and Drama realizes that he's now on Chuck Liddell's hit list for real.

Ari's college buddy Scott comes to visit, and Mrs. Ari is not happy about it. She has always found him to be boorish, but when he arrives at the house, he's far more civil than before and he even has a beautiful fiancee in tow. Scott is also wildly rich due to a dotcom deal that earned him $65M, and Ari finds himself jealous of his friend. To try and bring back the old Scott, Ari begins acting like a frat boy towards Scott's fiancee, offending her and cutting the reunion short.

To try and smooth things over with Liddell, the crew go to a fundraiser that he's putting on for underprivileged kids. But the Iceman isn't fooled and challenges Drama to step into the octagon to settle things. Liddell demands that Drama fall to his knees and beg for mercy, an option that Drama quickly opts for. Just as the beating is about to begin, the Iceman quietly whispers "Gotcha."

Eric and Sloan try to go on a romantic weekend sans Vince; Turtle and Drama scope out the hottest singles spot in town.

5.Return of the King

Ari must broker a deal before sundown; Drama saves a horse from the glue factory.

Eric and Vince are determined to get 'Medellin' off the ground; Drama avoids reviews; Turtle bonds with an auto-shop girl.

In the Season 3B finale, Eric gets slack for staying with Sloan; Drama finds a condo; Billy Walsh is asked to direct 'Medellin.'