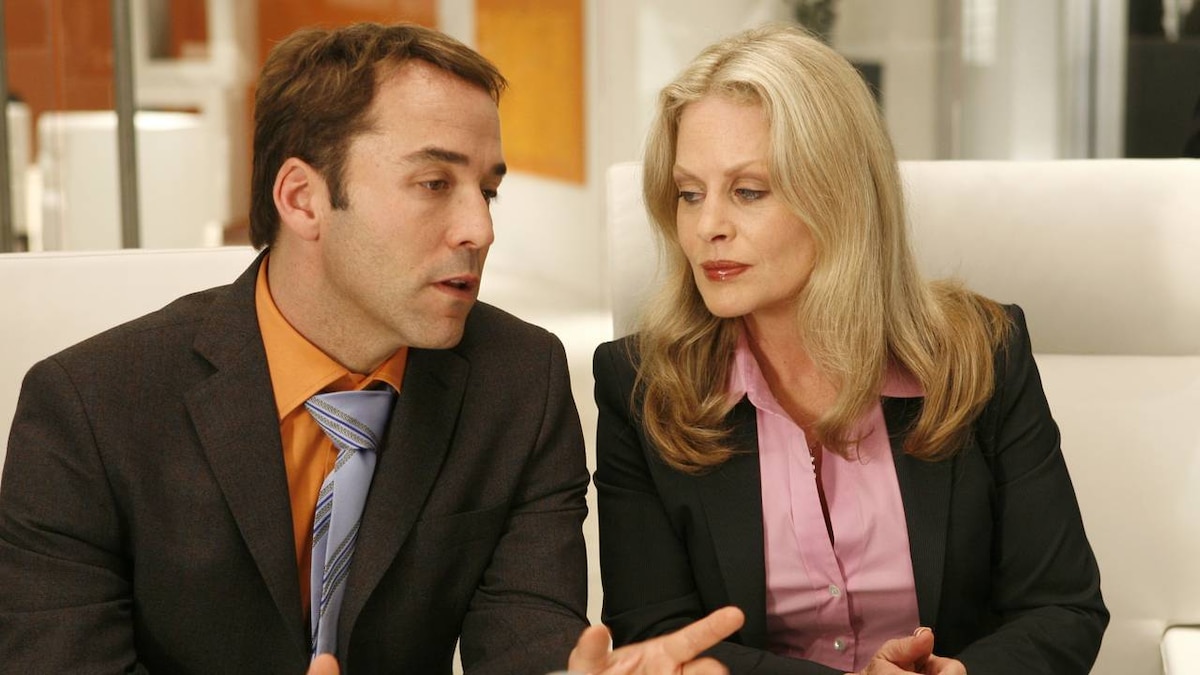 Screwing him out of the Ramones project was the final straw, and Vince is ready to fire Ari. When Ari hears that Vince is placing the call himself, he refuses to take it - instead setting out on a mad scramble to get Vince back on the punk rock pic.

In the meantime, the boys decide to "flirt" with a few new agencies, and Drama suggests they rate each one based on his point system (décor, service, amenities and ambiance). But it all seems moot when every pitch they hear is straight out of Madison Avenue.

Lloyd uses his connections in the "gay assistants corps" to learn Vince is taking meetings, information that sends Ari into overdrive. He gets a glimmer of hope when Dana Gordon, the Warner chief's beleaguered sidekick, tells him off-the-record that the studio hasn't officially bought the Ramones script from Bob Ryan yet. Not only that, her boss was planning to shelve the film - he was only interested in it to spite Vince for ditching Aquaman 2. Dana wants out of her job and on the film as a producer, and Ari promises to help her get on the project while protecting her as his informant. He drives straight to Bob's house to play his new cards, and is forced to reveal his source.

But after mulling it over, Bob decides to "trust his instincts," and officially sells the project to Warners. He also stooges out Dana Gordon, getting her fired. Ari is screwed.

After dodging him all day, Ari invites Vince into the office - and mobilizes his forces. But instead of apologizing for screwing up the Ramones pic, Ari and his agency give Vince the same generic presentation as every other shop in town. Vince realizes that it's time for a break, and Eric delivers the news - officially firing Mr. Gold in the hallway of his own agency.