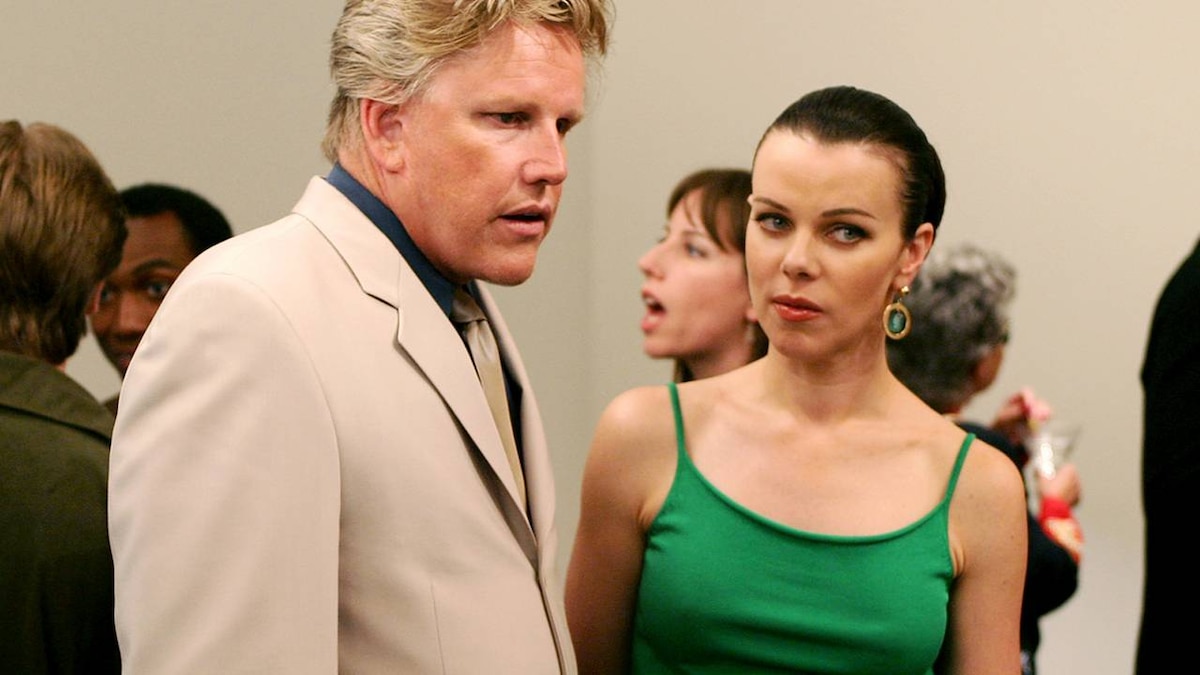 Busey and the Beach

Vince is still dedicated to doing "Queens Boulevard," but Ari has yet to make that deal happen. Instead, the agent is pitching Vince on a myriad of other projects... a tact that's wildly . Vince and Eric don't understand why Ari hasn't gotten Vince on the project yet, and they begin to grow dissatisfied with his work. Complicating matters is rival agent Josh Weinstein, who interjects himself into Vince's life, and invites the boys to a beach party.

Ari sets up Drama with representation, but Drama balks when he meets his new agent, who doesn't have an office and answers his own phones. Drama's depression grows when he runs into an old acting buddy who is now working as a waiter. The agent comes through, though, getting Drama 3 auditions in a week, saving him from a life of serving shrimp puffs.

The crew to an art exhibit, presenting art from another of Shauna's clients: Gary Busey. The laughable works are basically ignored by the foursome until Turtle accidentally knocks over a piece, destroying it. Turtle knows Busey's and begins to worry about what the "Lethal Weapon" actor will do to him. Later, Turtle encounters Busey, who scares the hell out of but doesn't actually wind up doing anything physically damaging.

The situation with Weinstein puts a huge strain on Eric's growing relationship with Emily. She has feelings for Eric, but she also knows that she has to have loyalty to her boss. When Emily tries to remove herself from the situation, Eric makes it clear that he's concerned about Vince's career, causing her to walk away in disgust.

Vince and his boys go to Josh's party and have a great time. They're so with Josh, that Eric calls up Ari, implying that they're about to fire him as an agent. Ari rushes over to the party, and confronts Josh, making it clear that he has the power to absolutely destroy the younger agent in Hollywood. After humiliating Weinstein, Ari finds Vince and Eric, explaining exactly why the deal hasn't been done yet. The rare honesty is appreciated, and Vince retains Ari as his agent.