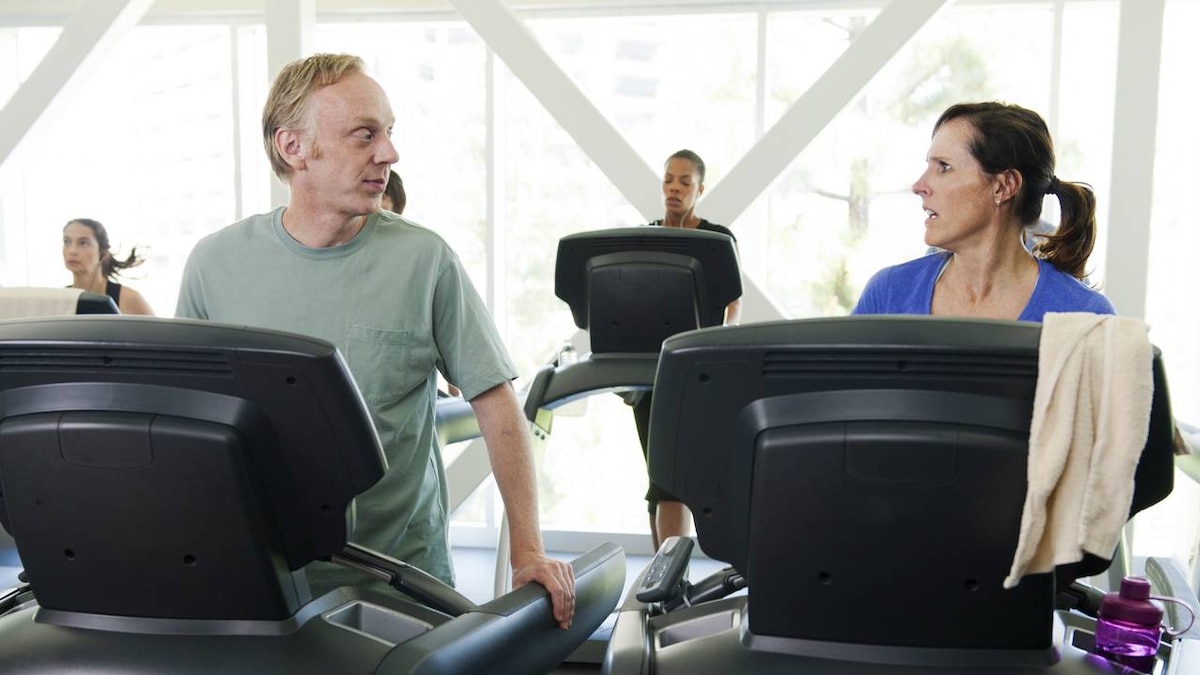 The Ghost is Seen

Amy goes through Charles Szidon's emails but she doesn't find anything incriminating. She tells Tyler they need to get into the Abaddonn CEO's personal computer, which he likely uses to send the more sensitive communications. Tyler offers that he knows Szidon's assistant, a woman he's seen working out at the gym named Eileen, and Amy thinks they might be able to turn her against her boss. Tyler awkwardly introduces himself to Eileen, but doesn't have the courage to ask her out. Dougie steps in and tells Eilleen that a bunch of people are going out after work-and she's coming with them.

At the bar, Amy tries to convince Eileen that Abaddonn and Szidon are corrupt beyond repair, but Amy finds her to be a true company woman. She finds another opening though, when Eileen asks if Tyler is interested in her. A "learned extrovert," Eileen prefers Tyler's shyness to Dougie's in-your-face pick-up game, and they bond over the fact that they both like music. In the office, Tyler goes to download music onto Eileen's machine, and Dougie spots an opening to get into Szidon's personal emails when Tyler connects her computer to the network.

Tyler and Eileen go on a date and end up back at his sad apartment. Eileen wants to know if he's a good guy or if he's going to hurt her. She believes he's "sad and sweet" and decides to stay the night. The next morning, Amy tells him they hit the mother lode-secret emails to senators and all types of government officials-and it's all thanks to him. Amy couldn't be happier, but Tyler feels conflicted about betraying Eileen's trust.

Tyler scrambles to find a scapegoat after Amy's breach of security is exposed.

In Hawaii, Levi escapes Open Air with a pair of fellow malcontents for a night of drugs and debauchery.

Amy gets inspired by social media; Dougie has second thoughts about reporting the security breach to HR.

5.The Ghost is Seen

In an effort to dig up dirt on Abaddonn's CEO, Amy, Tyler and Dougie try to befriend his assistant Eileen.

6.All I Ever Wanted

Amy daydreams about building a relationship with Jeff after the two find gold in Szidon's personal emails.

Amy gets an unexpected meeting with Charles Szidon; Dougie goes off the rails.

Season Two Finale. On the precipice of bringing down Abaddonn, Amy prepares herself and those around her for the inevitable fallout.