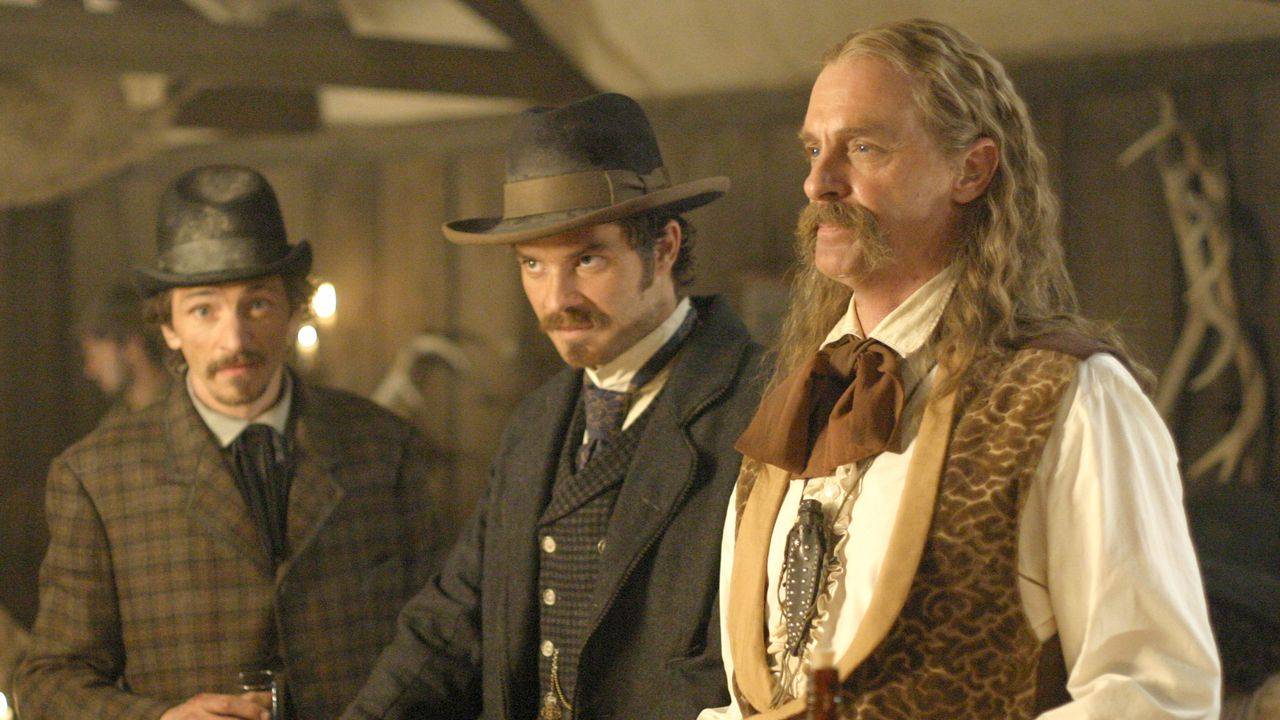 "I got a whole operation here to consider."

A new day begins in Deadwood, everybody is edgy after the violent events of the early morning. Going through the effects of the man that Bullock and Hickok killed, Reverend H.W. Smith determines that his name was Ned Mason.

The little girl who survived the Metz massacre has become the focus of attention of several inhabitants of Deadwood, including Bullock and Swearengen. Calamity Jane takes a special interest in ensuring the safety of the still unconscious girl, while Doc Cochran does his best to hide her from Swearengen, realizing that if the attack were indeed committed by criminal "road agents"-and not Indians, as Ned Mason had claimed--anything she said about the incident would all but sign her death warrant.

Back in the Grand Central, Hickok and Bullock cross paths again. Utter asks Bullock to set Hickok up with some prospecting equipment, but the gunslinger isn't happy that his friend has so loudly announced his intentions. Later, Utter tries to convince Hickok to take "appearance" money to gamble in one of the local joints, but Hickok rejects this, as he doesn't want to be a shill. Eventually, Utter does manage to broker a deal of this sort, to ensure that Wild Bill has a source of income.

The city dude Garret tries to work his claim with the assistance of Dan Dority, but finds no gold anywhere on his land. Another prospector, Ellsworth, happens upon the pair, and winds up raising Garret's suspicions when he mentions that if the claim was good, they would have probably found some flakes of gold already.

Johnny Burns tells Swearengen that he's learned that Ned Mason was behind the Metz attack and was likely working with his brother Tom and another man named Persimmon Phil. Meanwhile, Bullock and Star approach Swearengen to negotiate the purchase of their lot, but the landlord expresses his concern that the duo may have ulterior motives or unnamed partners in their endeavor. As the two leave without a deal, Tom and Phil arrive at The Gem, and are quickly ushered upstairs by Swearengen.

There, Swearengen angrily confronts Phil. He's furious that the attack on the "Squareheads" was done without his approval and that loose ends were left to be dealt with. Although Swearengen didn't authorize this attack, it's clear that he's hired these agents in the past. Swearengen tells Phil about Ned's actions the previous night, then throws the bandit to the floor, demanding that he help straighten out the entire mess.

Back at Cochran's office, the Doc entrusts Jane with the task of protecting the Metz child. Cochran then has to leave to attend to the women of the Gem, and while he's gone, Swearengen goes to see the girl. Jane tries to stand up to him, but his presence causes her to break down instead. He leaves without incident, but not before he pinches the child on the arm, causing her to open her eyes for the first time since the attack. Swearengen and the Doc then cross paths in the street, and Cochran's fears that Swearengen has ill intent towards the child are confirmed.

When Brom Garret returns to the Grand Central after a fruitless day of prospecting, he feigns a hurt back and tries to sell the property to Farnum, who had feigned interest to drive up the price Garret had paid. Farnum claims that drunkenness caused him to bid on the claim in the first place. Later, Garret's wife Alma wonders if he'll be able to recruit Hickok in a plan to reclaim the $20,000 investment.

Swearengen enlists Tom Mason to kill Hickok, inciting the road agent to do the deed under the guise of revenge for his fallen brother. Mason makes the attempt while wildly drunk, tipping off Wild Bill. As would be expected, Mason is gunned down before he even manages to draw iron. Having anticipated the attack, Hickok had asked Bullock, also at the saloon, to watch his back. This pairing once again draws the notice of Swearengen, who becomes even more convinced that the men are working together. The assumed collusion makes it even more difficult for Bullock and Star to buy their lot.

Dority goes to kill the Metz girl at Swearengen's behest, but Doc Cochran stands him down. Dority agrees to leave the girl for the time being, but he takes the Doctor with him to explain to Swearengen. While they're out, Utter and Jane grab the child and head for the hills in an attempt to protect her. As the long night ends, Swearengen decides that there is another way to tie up the loose ends from the Metz massacre-by stabbing Persimmon Phil himself. 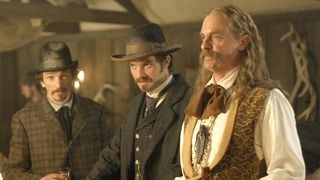 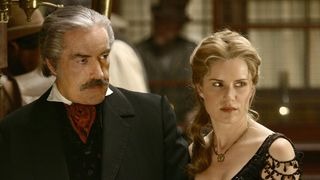 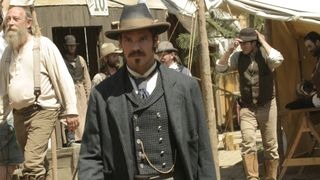 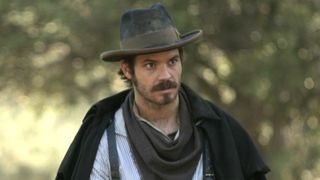 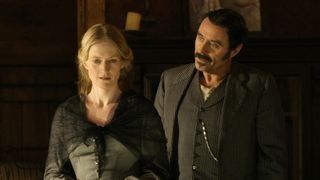 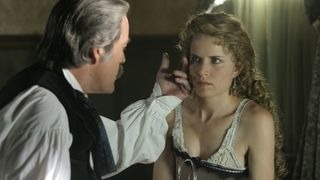 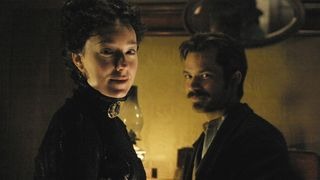 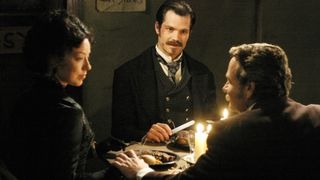