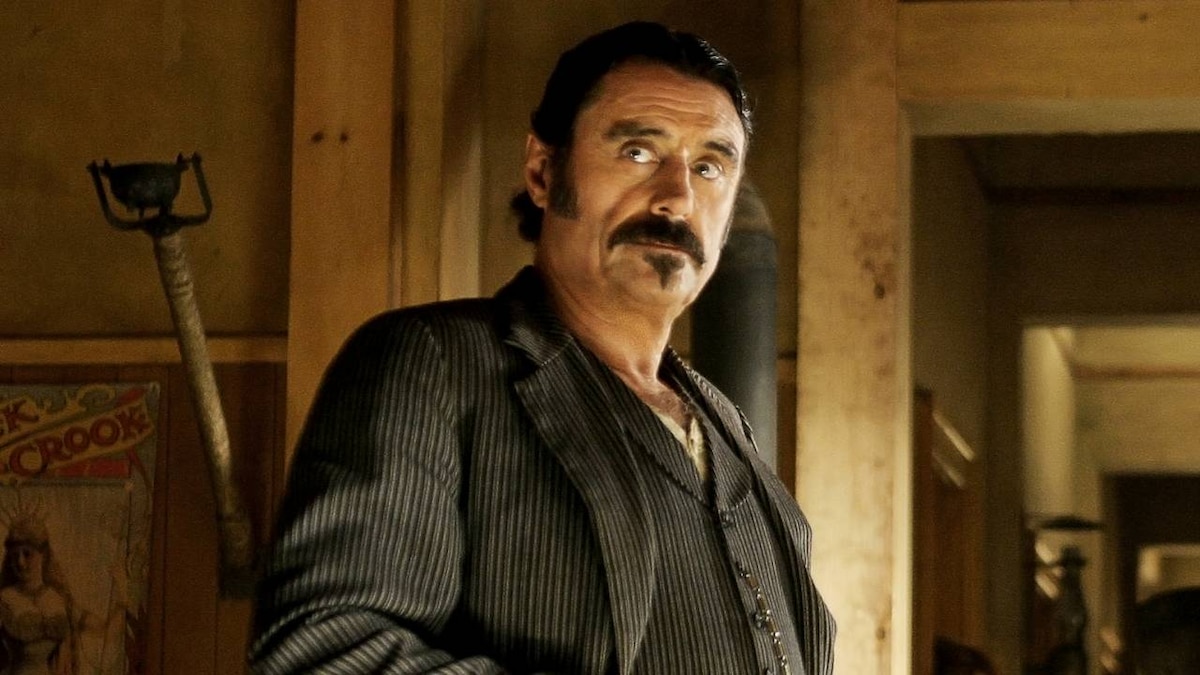 It's the breakfast hour in an ever-more-crowded Deadwood, but Seth Bullock is having trouble pulling himself away from his work as health commissioner. "What was in my mind to raise my hand," he asks aloud to Sol. On the way to the Grand Central for a meal, Bullock outlines a couple of his ideas for improving the town to E.B. Farnum, but the spurious mayor is loath to divert any tax money away from bribes to the magistrates.

An angry Mr. Wu causes an uproar by using the front door of the Gem and calling for Swearengen; Al invites the man up to his office. Drawing pictures on a piece of paper, Wu furiously explains that two white "c*cksuckers" killed his courier and stole an opium shipment-much of which was destined for Swearengen. Al sends Wu on his way - out the back door-and calls for Dority to scare up the dope fiend Jimmy Irons.

Bullock, Star and the newspaperman Merrick share breakfast in the Grand Central, which is packed to the rafters. Bullock gives Merrick a letter to the editor in an effort to build support for his health proposals. Later, as the three take a walk with Charlie Utter, Merrick proposes the formation of Deadwood's first club-perhaps dedicated to walking-but the idea falls flat with the others.

Later, the junkie Irons has been produced. Swearengen asks about the whereabouts of fellow dope fiend Leon, who deals Faro at the Bella Union. Jimmy says he hasn't seen him, but Swearengen immediately sees through him. "Jimmy, you've been wrong since you got in here," he says. The junkie quickly caves and admits that he and Leon jumped the courier, and promises to bring Al whatever is left.

The Gem has a surprise guest in Reverend Smith, who is having a world of a time listening to the piano, despite his obviously worsening condition. Swearengen asks Smith to frequent another joint, as men of the cloth are bad for business.

Now holed up in the Grand Central, Joanie entertains her old friend Eddie, telling him that she doesn't want Cy Tolliver to back her new whorehouse. Eddie tells her that he'll bankroll her. "I'm gonna rob Cy," he says. Joanie tries to talk him out of it, but he seems to have made up his mind.

After interrogating the two hapless dope-heads, Al Swearengen heads to Chinatown to talk to Wu. He tells the man he can kill one of the "c*cksuckers" who killed his courier, but that two whites for one Chinese was out of the question. Walking out of Wu's butcher shop with Dority, Al mutters, "Even money this will end up a bloodbath."

Swearengen meets with Cy to determine which dope fiend will go. Cy, having no financial interest in the dope trade, says he will take the moral high ground: "I don't deliver white men to chinks," he says.

But Al is determined to satisfy Wu. "I'm a purveyor of spirits, dope included, and when chance affords, a thief, but I ain't no fucking hypocrite," he says.

Reverend Smith is back in the Gem, wildly enjoying the piano, which seems to make many observers uncomfortable. Al chews him out, but it is clear the Reverend is losing touch with reality; Doc Cochran says he believes it's a tumor.

Watching Deadwood from the porch of their store, Bullock and Star talk. Bullock is irritated at his own "meddlesome" nature. He's moved 300 miles just to get himself mixed up in town planning again. Now a wife and kid he barely knows are moving coming out as well. Maybe, he says, he's just borrowing his brother's life so he doesn't have to live one of his own.

Back at the Gem, Swearengen explains his outburst to the bagman Adams, who acknowledges that the magistrate is less than straightforward. Al reveals that the letter demanded more money to settle an older murder warrant, and goes on to tell Adams about his difficulties with Wu and Tolliver.

He invites the newcomer to the bathhouse where the two opium addicts are enjoying a bath in a state of intoxication. Swearengen tells the men they must draw straws to see who will apologize to Wu, and after Jimmy selects one, Al holds him under and drowns him. As he explains to Adams on the walk home, he elected to kill his own man to avoid giving Tolliver an excuse to go to war.

Delivering Jimmy Irons to Wu's pigs, Swearengen seems to have dealt with the politically charged situation and Wu gruffly bows in thanks to 'Swurgin.'

"Yeah, well," Al replies, "Swurgin hopes we didn't sign ourselves up for killing, too."