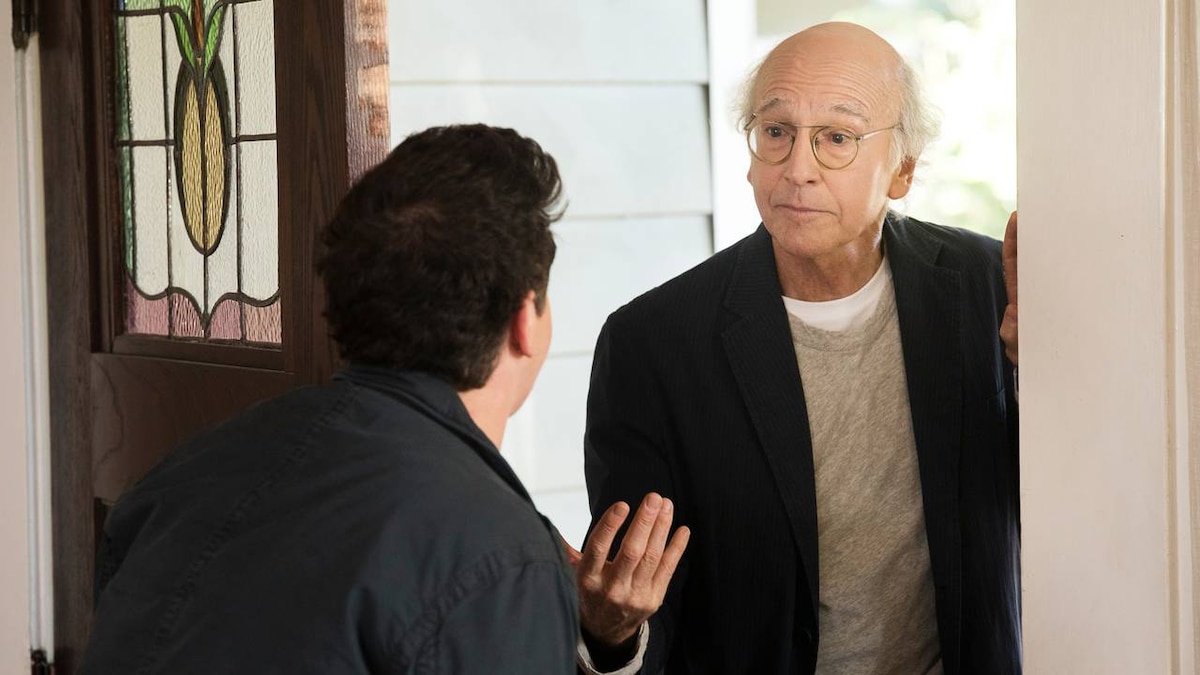 Larry heads to show Jeff the script for his newly-finished musical, Fatwa! – the story of Salman Rushdie's life. In the lobby of Jeff's office, Larry has an unpleasant run-in with a woman when, factoring in her masculine look, he decides not to hold the door for her. As luck would have it, the woman is Jeff's barber – Betty. The two make amends, and Betty goes so far as to offer to cut Larry's hair at the next opportunity.

Larry is dismayed to discover that his assistant didn't come to work for two days because she was constipated. He vents to Leon and wonders why she came so highly recommended by her previous employer, Jimmy Kimmel. Leon realizes that Kimmel "foisted" the assistant, pretending she was a star-worker in order to pass her on to Larry. At the first possible opportunity, Larry decides to foist the assistant onto someone else. The lucky recipient: Susie.

Cutting Larry's hair, Betty excitedly chats about her upcoming wedding to her girlfriend, Numa. When Larry finds out Betty is going to be the "bride" to Numa's "groom," he gets into hot water again when he says he's "not getting bride vibes" from her. He inadvertently sets off a household feud when Betty tells her girlfriend she wants to switch roles for the wedding.

Going on Jimmy Kimmel to promote Fatwa! Larry makes the mistake of doing an impression of the Ayatollah. The next day, the news breaks that the real Ayatollah of Iran has issued an actual fatwa on Larry in response to his impersonation. In fear of retribution, all the prospective producers of the musical back out, effectively killing the project. Larry has a more immediate threat to worry about, when Susie gets wise to the fact that he foisted the incompetent assistant onto her.