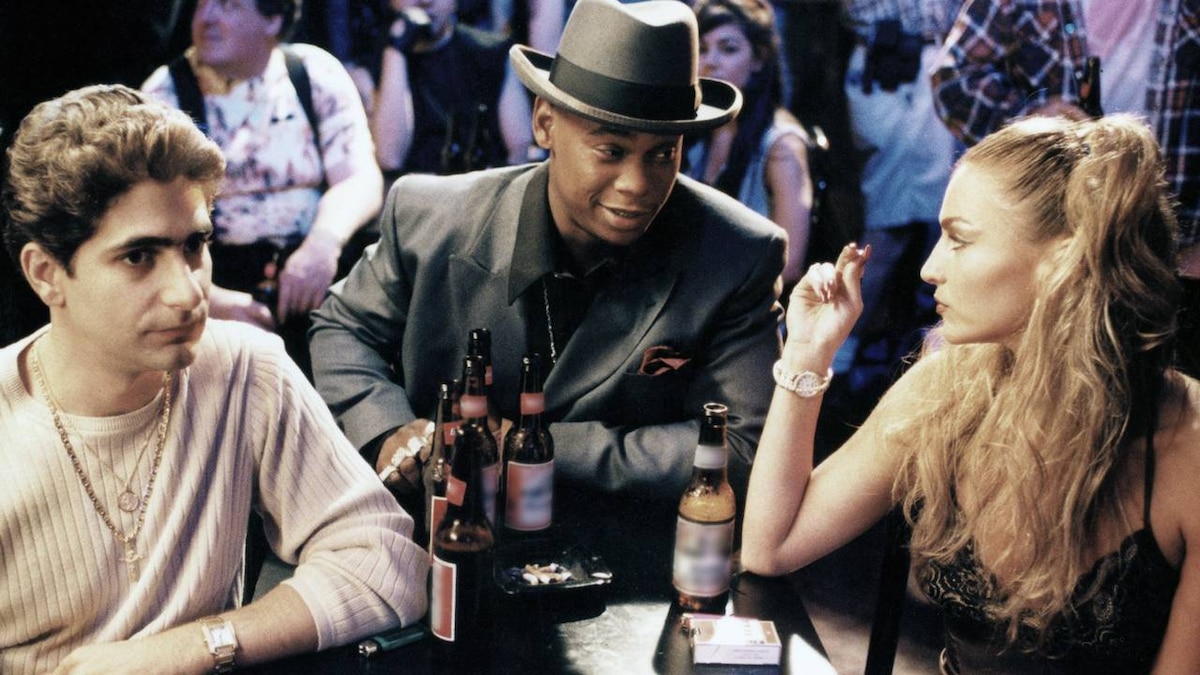 A Hit Is a Hit

This week members of the Soprano crew explored new worlds - socially and professionally - with mixed results.

Both Carmela and Dr. Melfi thought it would be a good idea for Tony to meet new people. So against his better judgment, Tony and Carmela started socializing with the neighbors. They went to backyard barbecues and Tony was invited to play golf with "the guys" at Dr. Cusamano's country club. Sounds nice, eh? The problem was, every time he was around these "mayonnaisers" all they wanted from Tony were stories about the mob.

Meanwhile, Christopher and Adriana struck up an acquaintance with a gangster rap star, Massive Genius, and were inspired to try their hand at the music business. Adrianna's old boyfriend, Richie Santini, just so happened to have a band called Visiting Day, and Christopher agreed to put up the money for Adriana to produce a demo for them.

Unfortunately, Richie never fully recovered from a near-fatal accident (he tried to grill a trout with a downed power line) and Christopher saw that Visiting Day's music - and Adrianna's producing abilities - were, to put it mildly, not very good.

Christopher also realized that the only reason Massive G is encouraging Adriana is because he wants into her pants. But when Christopher told Adriana this, she accused him of trying to hold her back. So she walked out on him.

On top of all this, Massive G tried to shake down Hesh for $400,000 in music royalties he claimed Hesh stole from an African-American recording artist in the '50s. Just when it started to look like things could get bloody, Massive G announced that he's going to sue Hesh for the money.

It's a brave new world for the Soprano crew, that's for sure.

Mikey Palmice stirs things up by making Junior think Tony wants to be next in line for boss.

During a trip to Maine for Meadow's college interviews, Tony sees a man he believes is a relocated mob snitch.

At Tony's suggestion, Junior is made acting boss. In therapy, Tony surprises Dr. Melfi with an admission.

After Anthony Jr. gets suspended, Tony is concerned that his bad influence is responsible for his son's behavior.

8.The Legend of Tennessee Moltisanti

At the wedding of Larry Boy's daughter, the 'boys' find out they're going to be indicted.

Uncle Junior enjoys a romantic tryst in Boca with his girlfriend Bobbi, not realizing that she's been gabbing to her friends.

Christopher and Adrianna cut a deal with a famous gangsta rapper. Tony plays golf with Cusamano and his friends.

After Jimmy and Pussy are arrested in an FBI raid, Makazian tells Tony that Pussy may be wired for the Feds.

Hit men are sent out to whack Tony, who comes out of his depression when he meets Isabella, an Italian exchange student.

13.I Dream of Jeannie Cusamano

In the Season One finale, Tony is stunned to learn who arranged the attempt on his life.