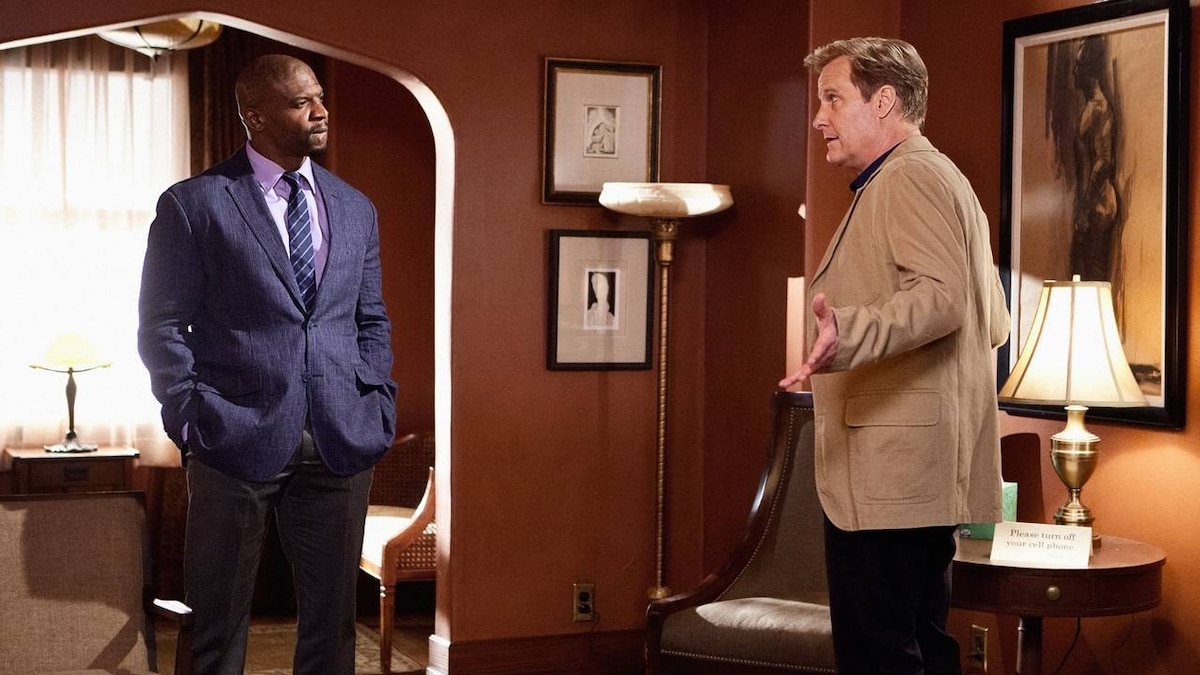 Will takes a meeting with the journalist Brian Brenner, enlisting him to tell the story of News Night's development under him and MacKenzie. Brenner will get unrestricted access to the staff on a trial basis, if Will likes what he sees, he'll let Brenner write the article. Complicating matters is the fact that Brenner is the ex-boyfriend whom Mac was cheating on Will with.

Reese calls Charlie, MacKenzie and Will into his office and delivers some bad news. Their decision not to cover the Casey Anthony trial has cost News Night nearly half its audience. Realizing that Will's job is in jeopardy, Charlie instructs them to hold their noses and prepare to devote a large portion of their broadcast to the story of the young mother accused of murdering her child. Will has hopes of hosting a Republican primary debate, and since he needs the ratings to stabilize to make it happen, he agrees to go along. MacKenzie is fiercely opposed to the decision but is forced to abide by it as well.

The staff prepares to stage a mock debate, and each of them learns the role of the candidate they'll be playing. Sloan asks MacKenzie for a few extra minutes to talk about the impending debt ceiling crisis, but the EP just doesn't have the time to give her for it. Her available airtime shrinks even further when she receives word that leaked pictures of congressman Anthony Weiner have made their way across the Internet.

Charlie meets his anonymous source at the New York Public Library. "Late for Dinner" is really Solomon Hancock, a former NSA employee who has been looking to expose the government agency's warrantless wiretapping program. He also has a helpful scoop for Charlie-AWM's gossip magazine TMI has been illegally tapping phones for stories at Reese's request. After Charlie shares this with Will and Mac, they have Jim vet Hancock to make sure he checks out.

During a newsroom meeting, MacKenzie crosses out the stories they won't have time for-obstruction in the senate, the need for new job stimulus, the unions' souring relationship with President Obama. Instead she has Don teach them the dark arts of marketing tragedy and playing to viewers' emotions and expectations. Mac wonders sarcastically if committing murder on their air might also bring the viewers back, all as Brenner watches from the sidelines.

Neal pitches a story to MacKenzie about Internet trolling, but he needs to prove himself in order to infiltrate the community. He asks Sloan for permission to use her as bait, attacking her bona fides on an Internet message board.

Will interrupts Dr. Habib's session with another patient to ask his therapist why he continues to make decisions that hurt MacKenzie. He thinks Will is trying to prove that he doesn't care about her, but really what he should do is forgive her.

Maggie meets with Sandee, a young woman who eagerly wants to share the tweets she exchanged with Congressman Weiner. When pressed on why she so desperately wants to air her story, Sandee responds unconvincingly, "Because the world needs to know what kind of guy he is." The agent she's already hired and her bookings on 'Access Hollywood' and 'Entertainment Tonight' indicate she might have another motivation.

Without revealing too much about what he knows, Charlie tries to warn Leona to lay off of Will. But Will's reporting on the Tea Party and the Koch brothers have cost the company money, and she's not prepared to stop coming after him.

Sloan makes a last ditch effort to convince MacKenzie about the importance of the debt ceiling argument and the catastrophic effects just having the debate is having on the economy. Instead, Mac prepares to shoot the segment with Sandee, and asks God for a sign that they're not doing a big thing badly. Suddenly, the lights go out in the studio. "I didn't know he had that kind of comic timing," she says.