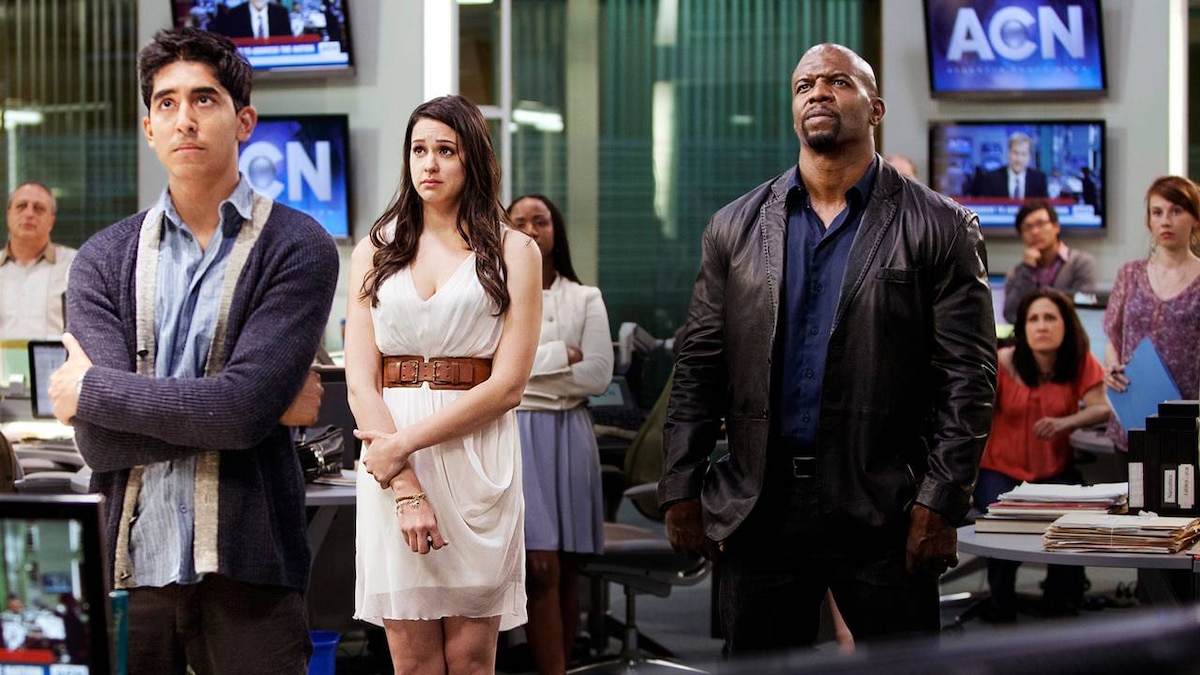 At the one year (and one week) anniversary party for 'News Night' 2.0, the staff and their friends gather at Will's downtown apartment. As they socialize and play games-Will and Jim even jam together on guitar-Charlie steps out to the balcony to answer an anonymous phone call. The source, whom Charlie dubs "Late for Dinner," tells him that the White House will be informing them at 9 p.m. to get to work. At the party, Neal's girlfriend Kaylee gives Will pot brownies and strict instructions to only eat a small piece, but Will's already had two of them. Upstairs, Maggie sees Jim on the computer and forces him to answer a call from Lisa. Lisa signs off saying, "I love you" and a frazzled Jim mutters back, "And I do too." Maggie tells Jim that if he doesn't love Lisa, he needs to break up with her immediately.

At 9, the staff receives word from the White House that the president will be addressing the nation later that evening on a matter of national security. Charlie stops the party and instructs everyone to get back to the office. He tells Will he thinks they got Osama bin Laden, but they need to confirm it. On their way to the office, Will and his bodyguard get stuck in traffic. Will, high on the brownies, gets frustrated waiting and bolts out of the car, leaving Lonny in pursuit. Lonny is stopped by two policemen who get alarmed when he tells them he's armed.

The staff scrambles to learn more as Kaylee and Lisa look on. Will arrives at the office with a falafel in hand and shares that Wesley Clark confirmed to him that the announcement is not about Qaddafi. Will prepares to say as much on air, but not before revealing to MacKenzie that he is stoned out of his mind. He insists on doing the broadcast anyway and MacKenzie begrudgingly lets him.

Don, Elliot and Sloan are returning back from the White House Correspondent's dinner in Washington and get stuck on the tarmac at La Guardia. As Don fights with the flight attendant, the others work their phones and Sloan is able to confirm with a source from CENTCOM that it's Bin Laden. MacKenzie wants to report what they know, but Charlie asks them to hold off until they get double confirmation. He shares the information with the newsroom, which breaks into applause. Everyone's enthralled at the news, except for Kaylee, whose thoughts are with her father, who was killed on 9/11.

ACN's Washington correspondent prepares to break the news herself, going off a tweet from the former chief of staff to the secretary of defense, but MacKenzie pulls her feed before she can. Chastened, she waits for Will to report the story.

Lisa, realizing that Jim and Maggie have been discussing her, decides to break up with Jim-she saw the look on Maggie's face when she told Jim she loved him. Maggie states unequivocally that she has no romantic feelings for Jim and Jim says the same about Maggie, but nobody is convinced. Later that night, Jim asks Lisa if they can start over.

On the plane, news of president's announcement has filtered through to the passengers. As they share rumors and speculation, Don gets up to reassure their concerns. The flight attendant, whose patience with Don has already worn thin, resents his addressing the cabin. When Don steps up to her, she calls in the flight captain to intervene. Don has a change of heart upon seeing the captain in uniform, and informs the crew that the armed forces have killed Osama bin Laden.

At the ACN offices, Lonny arrives with the NYPD looking for Will. Will shares the news with Lonny, who shares it with the police officers, and all is forgiven.

Charlie gets another call from Late for Dinner who wants to confirm he's established himself as a credible source. Mac and Will ask Charlie to let them report the news, but Charlie wants to hear from the White House that it's reportable. At Mac's urging, Will checks his Blackberry and reads a message he received 20 minutes earlier from Joe Biden-"OBL reportable. Knock 'em dead just like we did." Will goes on air, overcomes his high, and reports the news of the death of Osama bin Laden.