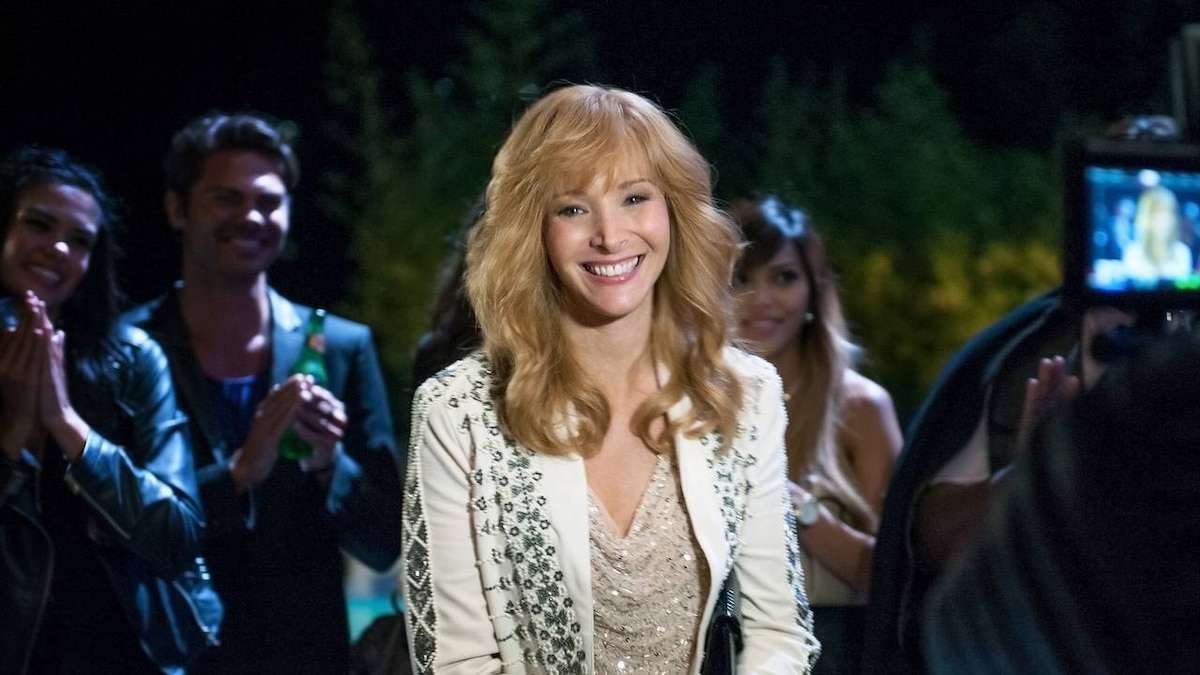 The co-hosts of ‘The Talk' congratulate Valerie on her Emmy nomination for Best Supporting Actress in a Comedy. Valerie clarifies once again that she's different than Mallory and gives a shoutout to Mark, as the ladies display the couple's "unique" wedding photo on the top of ski slope.

Mickey complains about feeling hot and cold all the time. "I have had so much radiation, every time I pass by a VCR it plays the movie 'Silkwood,'" he says. As Billy arrives, Valerie explains she's in the middle of an Emmy press blitz. "Ain't nothing wrong with that!" she adds. Jane tells Valerie she still needs the final scenes for her documentary, just as Billy announces that 'Entertainment Tonight' will follow Valerie as she gets ready for the Emmys. Jane balks: She'll be trailing with her crew, as she has exclusive rights to the Emmys. Valerie delivers lunch to Mickey, who's fallen asleep sitting on the couch.

That night, Valerie calls Mark, although she's not supposed to be talking to him outside their therapy sessions. She's writing a letter of recommendation for Tyler to get into USC film school and needs Mark's help. The pair agree to a "sneak date" the next night. As Valerie goes into the restaurant, Jane tells her she needs to film. Valerie balks at first, but then agrees to wear a mic. After Mark and Valerie sit down, he mentions his affair and her abortion, causing Valerie to immediately start tugging at her microphone. "Is this even real?" an incredulous Mark asks. "Is there any part of you that's even real anymore?" Valerie claims she's not doing it for her career but instead she's doing it for Jane -- she needs this.

Mark leaves the restaurant, and Valerie catches up with him at the valet. He rips into both Jane and Valerie. "I was your cheerleader, Val!" he yells at Valerie. "Ten years! Ever since you were obliterated by that f**king 'Comeback' disaster." He continues: "It's always about you. I have been there, Valerie, when no one believed in you!" Valerie says she's not no one -- the Television Academy thinks she's someone, which only enrages Mark more. "Do you even care about me anymore? Do you care about anyone? This is what you care about," he says, pointing at the cameras. "And everyone else, including me, is in the backseat." Finally, he says, "I hope you win. It's all you really care about." As he's driving away, Valerie gives him his Emmy ticket. "Please come," she says. "I don't know how to explain your absence." He gets in one final jab. "Are you even in there anymore?" Paparazzi from TMZ approach Valerie after Mark drives away.

In the morning, Valerie drives toward Mickey's apartment because he didn't show up to help her get ready for the day's press junket. Jane asks if she's worried, but Valerie acts like it's no big deal. She lets herself into the apartment and finds Mickey naked in bed. She fears the worst, but he's alive and immediately feisty. Juan, a guy Mickey met on GreyDaddy.com, walks out naked. "I just needed to have a little fun," Mickey tells Valerie.

At the junket, Valerie marvels at the 'Seeing Red' poster, which includes the tagline "Hollywood: Be the Heroin of Your Own Story." Valerie is interviewed by a roundtable of bloggers, who ask her a series of controversy-courting questions about comedy laugh tracks, the role of women in 'Seeing Red,' symbolism in the series and the rumors that the show ruined her marriage. Valerie laughs almost everything off and throws to Jane when the questions turn to the documentary -- Jane reveals that the working title is 'The Assassination of Valerie Cherish.'

After the junket, Valerie and company run into Paulie G. in the elevator. "Well, if this thing crashes," Paulie says, "couldn't be any worse than being in another room with the press, am I right?" Paulie learns that Valerie, Billy and Mickey are all going to the Emmy party that Juna, Valerie's now-famous ‘Room and Bored' co-star, throws every year. He fishes around for an invite but no one offers to bring him.