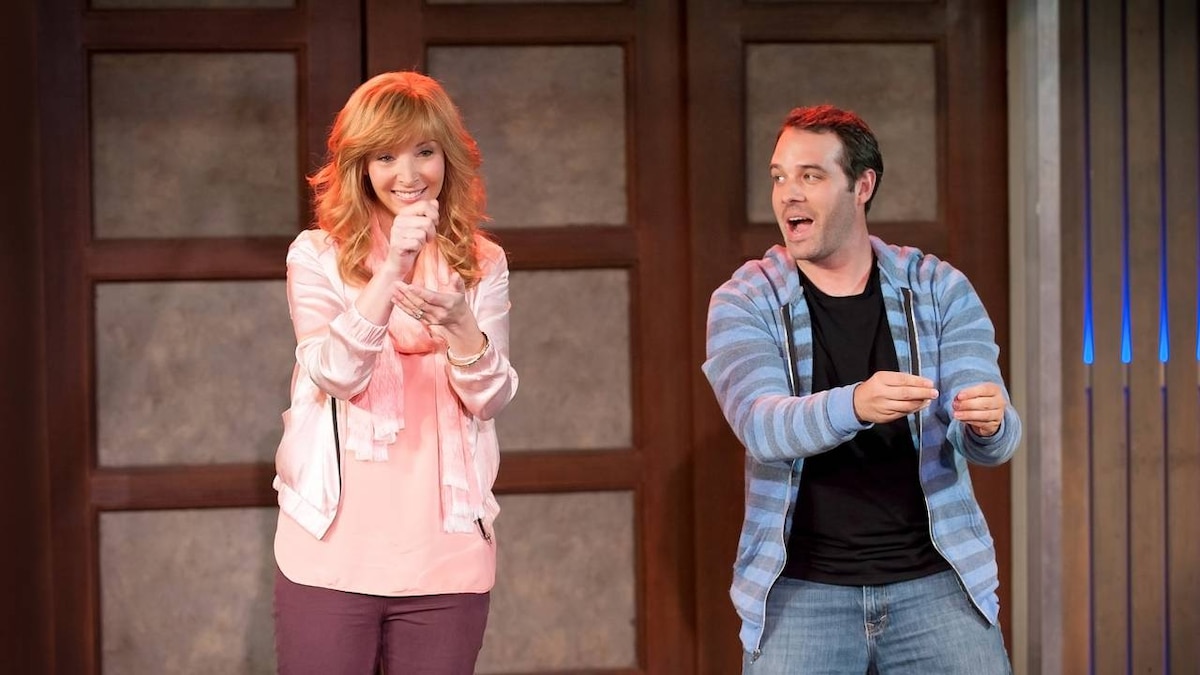 Written by Amy B. Harris and John Riggi
Directed by John Riggi

Ron catches Valerie as she leaves set, telling her that the scenes of her character Mallory at home are being scrapped due to budget cuts. Valerie is concerned that viewers won't see the other side of her character. "I'm just worried about the show, you know," Valerie tells the cameras. "I just want Paulie's vision to get realized, you know." Valerie runs after Ron with an idea of how to make it happen, and cameras cut to Valerie in bed with Mark telling him that the production will be using their house as Mallory's home set. Mark hates the decision but perks up when he learns that Seth Rogen will be shooting at his house.

The first day of shooting at the house begins, and Mark is irritated. A production person asks if Mallory's mirror goes in Valerie's bedroom, sparking her to again explain a difference between herself and the character. "There's another way that Mallory and I are different," Valerie says. "Mallory likes to watch herself during sex."

Valerie takes an improv class at the Groundlings, volunteering to do her scene first. "Valerie Cherish," she announces. "I just don't want the others to feel intimidated." During a break, Valerie finds Mickey on the phone, talking to his doctor about possibly having cancer. Mickey says he's fine. "You know me, Red, I've had so many skin cancers removed," he assures Valerie, "I count it as major weight loss." During the next round of improv, Valerie keeps bringing up cancer awkwardly as Mickey watches.

Mark and Valerie are in the way of the ‘Seeing Red' production at their house, but Mark does manage to meet Seth Rogen. The scene Seth is in features Mitch going to Mallory's house to shoot her. "Spoiler alert!" Valerie yells. "Doesn't kill me!" Valerie tells Tyler to keep an eye on Mickey and get him any food and water, like a set production assistant. "Yeah, I don't wanna do that anymore," Tyler tells her. "I want to do that," he adds, pointing at Seth Rogen. Mark worries about all the damage that the production is doing to the house.

Production drags on, so Mark and Valerie escape to sleep at a rental complex they own in Hollywood. Jane and the cameras follow, driving Mark crazy. "We are never done," Mark yells. "We are never done!" The cameras watch and listen through the windows, as Mark says he's going to move out of the house. Jane shuts down the production just as a gunshot rings through the complex.

Mark and Valerie attempt to explain to the apartment superintendent that they own the building, but she seems skeptical. The super finally opens an apartment to find a gruesome suicide inside. "Are you happy now Valerie?" Mark asks. A police office tries to shoo Jane's cameras away from the crime. "All this is NG," Valerie says about the crime scene footage. "No good." Mark has had it with the situation. "Tomorrow I am going to start looking for a new place to move to," he tells Valerie. "You can join me if you want to."